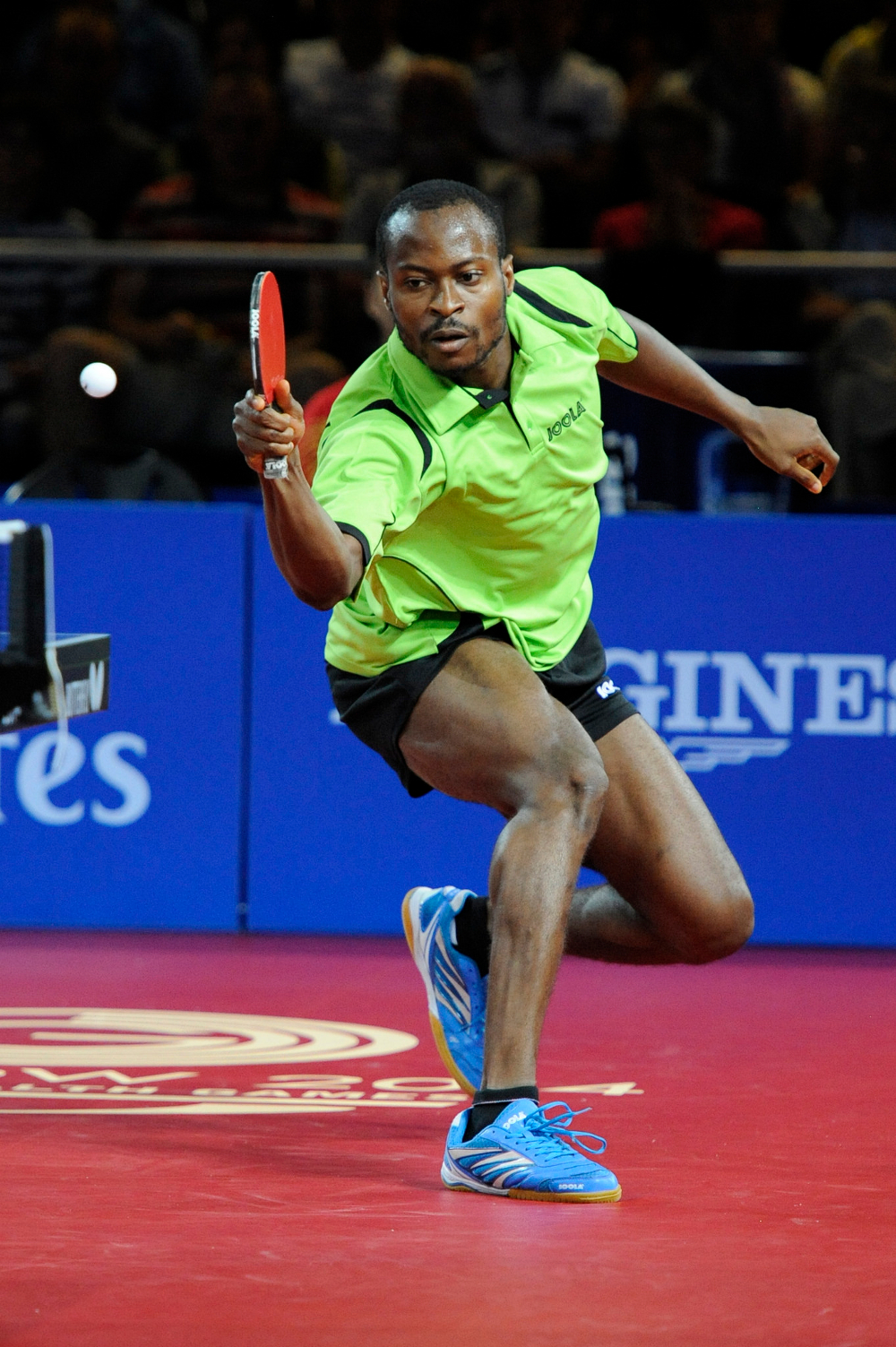 The spectacular performances of Nigeria’s Aruna Quadri in 2014 has seen him emerge as the International Table Tennis Federation, ITTF, Star Player of the year at the award ceremony held on Wednesday in Dubai, the United Arab Emirates, UAE.

At the colourful award ceremony held at the Armani Hotel, Quadri scooped two awards ahead of players from Asia and Europe to get a standing ovation from guests at the occasion.

The world’s number 30 was adjudged the best male player, beating world number one, China’s Xu Xin and his compatriot, Fan Zhendong, who is the 2014 Youth Olympic Games gold medallist as well as Portugal’s Marcos Freitas, who is the 2014 European Team Championships winner and the first Portuguese player to be ranked top 10 in the world.

Also, Quadri’s crucial winning point against Olympics and World Champion, Jan Zhike of China at the 2014 ITTF World Cup was adjudged the best in the Star Point category at the second edition of the award.

An elated Quadri described his award as the best in his career, while acknowledging the support he got from table tennis fans across the worl‎d.

“This is the best day of my career and I want to thank the organizers for considering me for this. I also want to thank all my fans all over the world for their support because this is unbelievable for me and I promise to continue to work hard,” Quadri, stated in a press statement circulated by the Nigeria Table Tennis Federation.

The ITTF Star Awards is the official awards ceremony organised by ITTF since 2013. It is the most prestigious award aimed at recognising, honouring and celebrating the stars of table tennis, the athletes who have made table tennis their passion, career and life.

All the nominees for the awards attended the night of glitz and glamour, as athletes dressed up in their finest for the Awards Night.