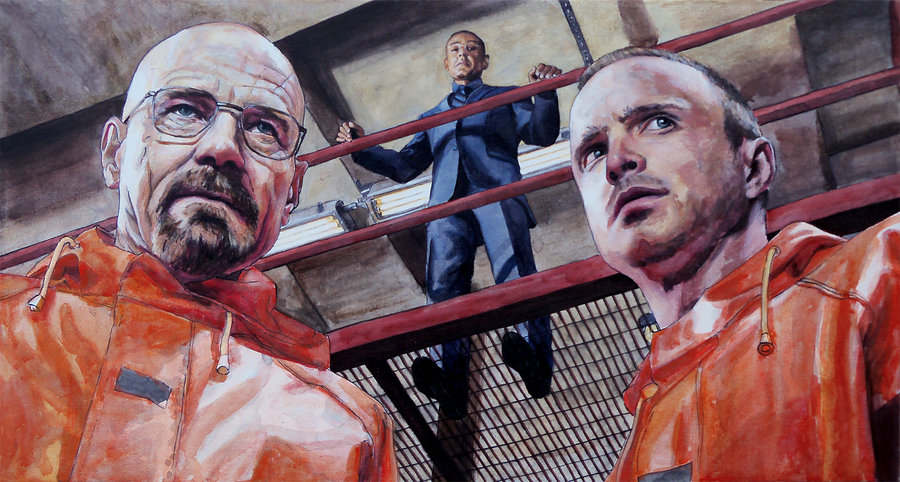 **Spoilers ahead**
The box cutter killing was quick. Unexpected. Brutal. Graphic. As Gus (Giancarlo Esposito) wrenched Victor’s (Jeremiah Bitsui) neck agape and blood spewed everywhere drenching Victor’s clothes and forming an ever-increasing puddle of death… the question loomed on everyone’s mind. Why did Gus do it? Why did he slit Victor’s throat?

Victor gave Gus a few reasons to kill him… 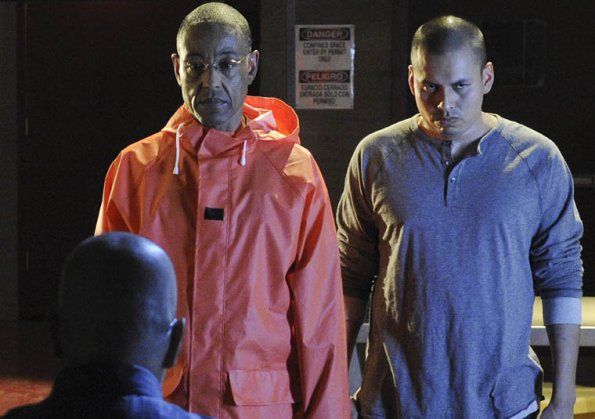 #1 Victor knew too much…

Victor was Gus’ right hand man and and faithful servant, but he was arrogant. He wanted to show Walt he was a non-factor. That Gale (David Costabile) – the murdered chemist – was a non-factor, and that both could be eliminated and the meth lab would still be functioning. Victor thought that following steps to a recipe would make him an adequate replacement for Walt (Bryan Cranston) — a real chemist. He thought wrong.

Sure Victor could cook up a batch, but Gus needed a trained chemist to set up the lab, replace faulty appliances, or upgrade equipment when technology improved. What would happen if there was a shortage of a particular ingredient? Or if the DEA started to monitor the purchase of a specific product? Did Victor know enough to adjust? Certainly not, which was why Gale’s death made Walt that much more relevant to Gus. And knowing how to cook, would Victor have aspired to make his own meth and become Gus’ competition? 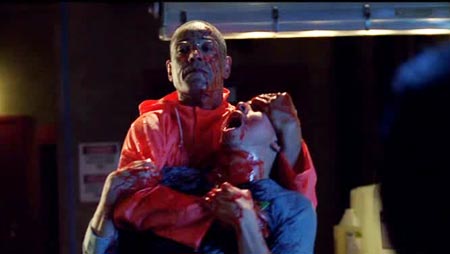 If Victor knew the entire process of cooking meth – from start to finish – who knows what else he could have observed? How well-versed was Victor with Gus’ operation? Gus had no idea what else Victor knew. He could have proven to be a threat to Victor – either by making his own meth and giving Gus unwanted competition or overthrowing Gus from the reigns of his own business. As the kingpin, when it is unclear how much your subordinates know or when they venture outside of following your strict orders, they can no longer be trusted. 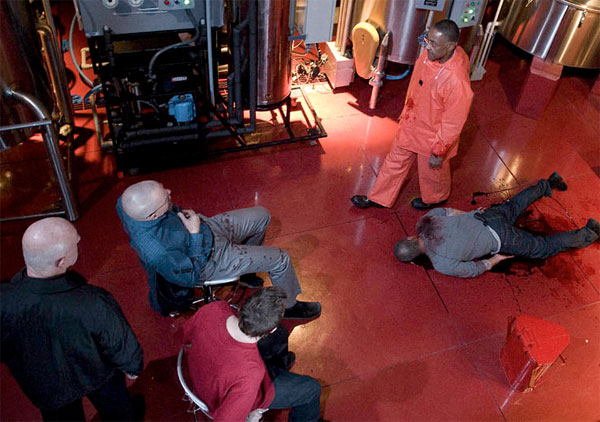 Cooking the meth was a dumb move and Walt made a strong case for why a trained chemist was essential. But regardless, even if Victor hadn’t shown off his meth-making abilities, Gus still would have killed him. Why? Because Victor was seen by people at Gale’s apartment. The bystanders could easily identify him and the whole incident could get traced back to Gus. Concerning the apartment visit, Mike (Jonathan Banks) had asked Victor: “You get yourself seen by these people?” To which Victor confirmed that he did. Then Mike said. “I guess I better get this over with.” “This” meaning telling Gus that Gale was dead but also breaking the news that they had to get rid of one of their own.

* * *
It’s pretty masterful that creator Vince Gilligan has managed to keep up Breaking Bad’s intensity through four seasons. This is because Walt’s tale is a primal struggle for survival. Ironically, even after he is freed of cancer, his existence is still threatened.

Walt make this clear when he gives Gale’s eulogy:

All right, let’s talk about Gale Boetticher. He was a good man and a good chemist and I cared about him. He didn’t deserve what happened to him. He didn’t deserve it at all. But I’d shoot him again tomorrow and the next day. And the day after that. When you make it Gale vs. me or Gale vs. Jesse, Gale loses. Simple as that… I mean really, what do you expect me to do? Just simply roll over and allow you to murder us? That I wouldn’t take measures – extreme measures – to defend myself? Wrong! Think again.

Walt will continue his fight to survive. Obviously, he has to contend with Gus who has plotted to have him killed once and will certainly try again. He must also sense the impending havoc that will erupt when Hank (Dean Norris) finds out that Walt is the mysterious Heisenberg and the reason why he is unable to walk, among other hardships that have occurred in Hank’s life due to the meth case. Walt would also have to face Hank’s wife Marie’s (Betsy Brandt) wrath as well.

There’s no question that the series will get more intense as the conflicts thicken.

Can you predict what will happen next?