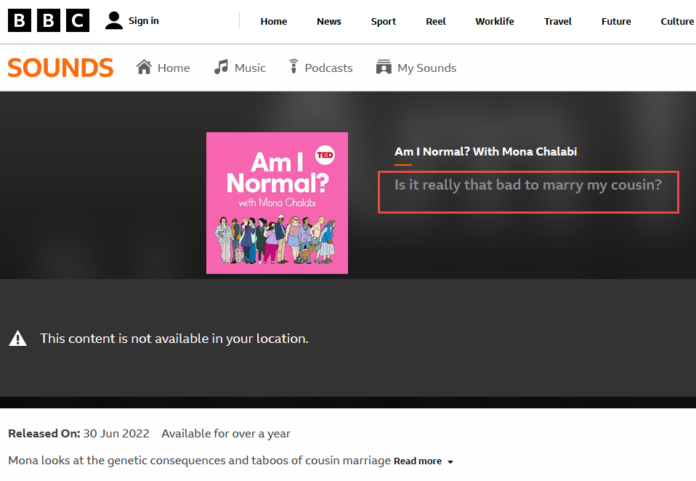 Is It Bad to Marry Your Cousin? The Barbarians Are Here!

The Barbarians are at the Door with their Sexual Orgasmatron Deviance: Now they have MAP (Minor Attracted Persons). The Greeks (especially the Greek elite) used to have a very adoring name for boys in these types of relationships: Catamites. And now, here were go, we have: CAP (Cousin Attracted Persons).

Well, the thing is we allowed them, even supported them to open the box. And we let them descend back into that cave again, and we see their deviancy even more clearly.

Yes, that’s the tactic they use to gas-light Black People into obeyance. This is why every new “minority” movement is pushed down Black People’s Throats, literally, in the name of Black people are so “diverse” so they must accept anything. Else, the barbarians are justified to run wild on them.

Yes, I agree, my friend. It is foolishness! This weird stuff will twist and turn the minds of Africans, but there’s no escaping it now. We knew they were inbred, but boi, we thought they left that stuff behind in the caves a long time ago.