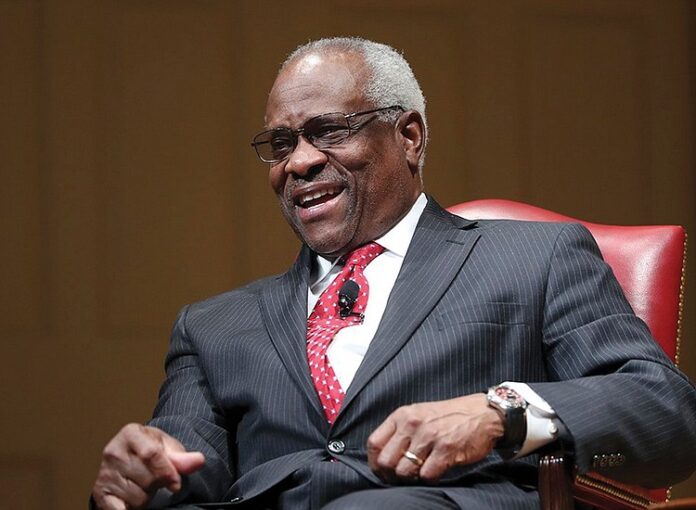 Some – a small minority – albeit, very significant voices of African Americans like to think of Blackness as defined by the American Chattel Enslavement of West Africans. That’s understandable to an extent based on the 300+ years of chattel slavery in the Americas.

But the large masses of Black people in the world and their Blackness is tied to more else, much more else: Millennia of African History, of Great Civilizations, and such, and little perhaps to do with some 100 years of European Colonial Barbarism.

For instance, the idea that Black people in America were not for hundreds of years allowed to intermarry with Europeans is not a history that the vast masses of Black people remotely identify with.

So to say that Clarence Thomas is beating a path to a time when he could not marry his European wife may resonate with some African Americans. But for those of us who care less about intermarriages, especially with such European barbarians, how is that even a burden of care for the vast masses of Black people all around the world?

Intermarry with Europeans? Who cares? Who wants that, at all?

And so it seems that issues in American politics are always being filtered through a narrow, and peculiar history of chattel enslavement. I understand the sentiment, but emotional argumentation leveraging Black people’s feelings about American slavery mars the correct attitude to approaching social issues everywhere.