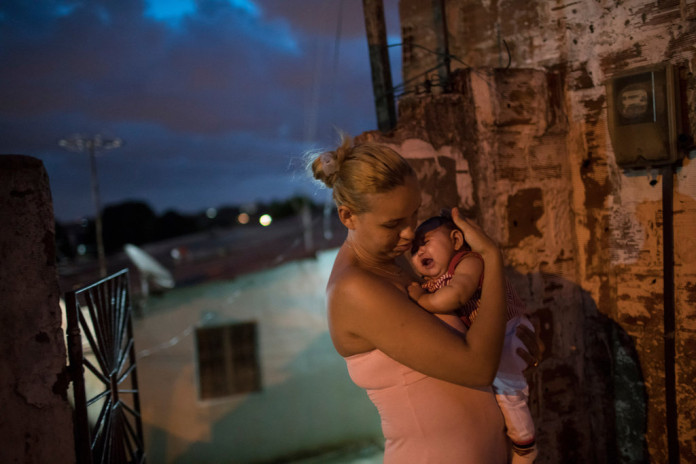 EL SALVADOR — Mosquitoes threaten the lives of children in El Salvador. In response to the Zika virus, government officials are promoting a two-year ban on pregnancy in El Salvador.

The Zika virus could be a bigger global health threat than the Ebola epidemic that killed more than 11,000 people in Africa, health experts have said.

The Zika virus is a mosquito-transmitted infection related to dengue, yellow fever and West Nile virus. Although it was discovered in the Zika forest in Uganda in 1947 and is common in Africa and Asia, it did not begin spreading widely in the Western Hemisphere until last May, when an outbreak occurred in Brazil.

Although some in Africa and Asia might have a resistance to this Zika virus, the strain that Brazil is reporting is unique!

This is so serious that El Salvador wants women to avoid getting pregnant until 2018, out of concern for the Zika virus rampaging through Latin America. Zika virus can cause serious birth defects, a fact that has led several Latin American countries to ask local women to hold off on getting pregnant until the outbreak is under control. El Salvador, however, is the first to announce a two-year ban on baby-making.

With at least 80% of those infected showing no symptoms, tracking the disease is extremely difficult. The mosquito species that spreads Zika, Aedes aegypti, has been expanding its range over the past few decades. “It loves urban life and has spread across the entire tropical belt of the planet, and of course that belt is expanding as global warming takes effect,” added Farrar.

Europe and North America, obviously, are unlikely to be affected because Aedes aegypti cannot survive the cold of the winter. However, couples returning from south or central America have been warned not to try for a baby for at least a month in case they have become infected.

The Asian tiger mosquito, Aedes albopictus, is also known to transmit the virus, but it is not clear how efficiently. That mosquito species has ranges as far north as North America in summer – the chickens will come home to roost!

About three million babies are born in Brazil each year. Normally, about 150 cases of microcephaly are reported, and Brazil says it is investigating nearly 4,000 cases currently. Reported cases also increase when people are alerted to a potential health crisis. 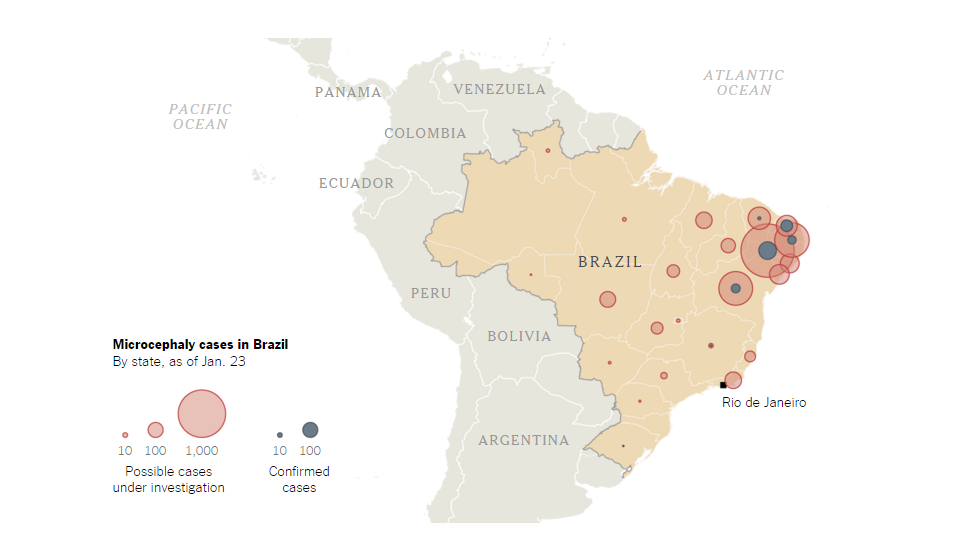 The most dangerous time during pregnancy is thought to be during the first trimester – when some women do not realize they are pregnant. Experts do not know how the virus enters the placenta and damages the growing brain of the fetus.

Closely related viruses, including yellow fever, dengue and West Nile, do not normally do so. Viruses from other families, including rubella (German measles) and cytomegalovirus, sometimes do.

Bill Gates’ Swashbuckling with GMOs and Controlling the World Population.

When examining a rapidly expanding potential pandemic, it’s necessary to leave no stone unturned so possible solutions, as well as future prevention, will be as effective as possible. In that vein, there was another significant development in 2015.

Oxitec first unveiled its large-scale, genetically-modified mosquito farm in Brazil in July 2012, with the goal of reducing “the incidence of dengue fever,” as The Disease Daily reported. Dengue fever is spread by the same Aedes mosquitoes which spread the Zika virus — and though they “cannot fly more than 400 meters,” WHO stated,“it may inadvertently be transported by humans from one place to another.”

By July 2015, shortly after the GMO mosquitoes were first released into the wild in Juazeiro, Brazil, Oxitec proudly announced they had “successfully controlled the Aedes aegypti mosquito that spreads dengue fever, chikungunya and zika virus, by reducing the target population by more than 90%.”

Though that might sound like an astounding success — and, arguably, it was — there is an alarming possibility to consider.

The particular strain of Oxitec GMO mosquitoes, OX513A, are genetically altered so the vast majority of their offspring will die before they mature — though Dr. Ricarda Steinbrecher published concerns in a report in September 2010 that a known survival rate of 3-4 percent warranted further study before the release of the GMO insects. Her concerns, which were echoed by several other scientists both at the time and since, appear to have been ignored — though they should not have been.

Those genetically-modified mosquitoes work to control wild, potentially disease-carrying populations in a very specific manner. Only the male modified Aedes mosquitoes are supposed to be released into the wild — as they will mate with their unaltered female counterparts. Once offspring are produced, the modified, scientific facet is supposed to ‘kick in’ and kill that larvae before it reaches breeding age — if tetracycline is not present during its development. But there is a problem.

Nature finds a way — and the effort to control dengue, zika, and other viruses, appears to have backfired dramatically.

This GMO program was developed by Bill Gates. And NEARLY 1/4 OF THE WOMEN OF EL SALVADOR HAVE BEEN STERILIZED.

Gates is a Eugenicist: “In a 2003 interview with PBS’ Bill Moyers, Bill Gates admitted that his father used to be the head of Planned Parenthood, which was founded on the concept that most human beings are just “reckless breeders” and “human weeds” in need of culling.

Gates also admitted during the interview that his family’s involvement in reproductive issues throughout the years has been extensive, referencing his own prior adherence to the beliefs of eugenicist Thomas Robert Malthus, who believed that populations of the world need to be controlled through reproductive restrictions. Though Gates claims he now holds a different view, it appears as though his foundation’s initiatives are just a modified Malthusian approach that much more discreetly reduces populations through vaccines and GMOs.

Yoko Liriano. “The reliance on sterilization among young women in El Salvador is striking: Nearly one-fourth of women under age 30 had been sterilized in 2004,” according to the Population Reference Bureau. “Sterilized women interviewed in a rural El Salvador community in 2005 said they had chosen the procedure because it was readily available and because they feared the side effects and contraceptive failures they had heard about with other methods.”

West Africa must brace herself for this new strain of the Zika plague, unfortunately. But In-shah Allah, this too we shall prevail.