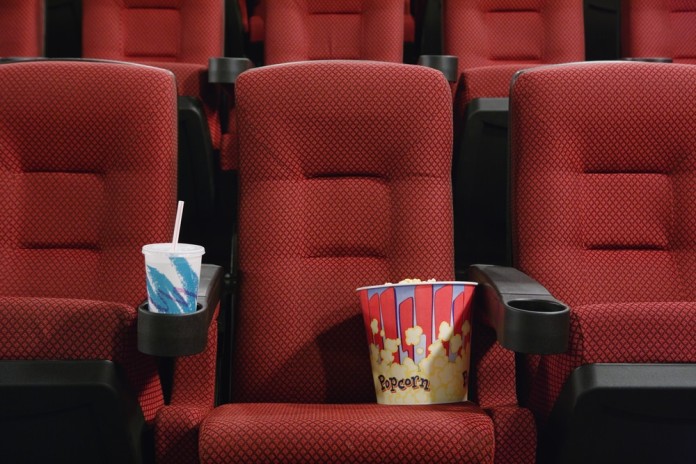 Not too long ago during the 2014 Cannes Film Festival, Quentin Tarantino lamented on the lost art of film. He proclaimed that film was dead. His exact words: “Cinema as I knew it is dead.”

Of course this outburst came as a surprise to the throngs of filmmakers who were in the midst of storyboarding their ideas for their next movie, wrapping up a shoot, or nearing the final cut, some of whom idolized Tarantino since Pulp Fiction, or even Reservoir Dogs, and have since studied all of his films. With bewildered looks, they likely pondered: How could film be dead when we are right in the thick of things?

But the veteran filmmaker was rather strong in his conviction, to the extent that he elaborated upon his initial statement at the press conference:

“As far as I’m concerned, digital projection is the death of cinema. It’s not even about shooting your film on film or in digital. The fact that most films aren’t even presented in 35mm means that the war is lost. Digital projection is just television in public.”

His critique concerns the lost medium of film—hearing the film rattle through the projector, watching a grainy picture in a nostalgic tint. Labs to process film are shutting down. Digital is simply more cost effective for a wider range of people.

Film excluded a lot of would be filmmakers from the mix, not only due to its cost, but also due to the painstaking training required to use the technology. Gatekeeping at film schools and apprenticeships shut out more than they included.

The creative energies of people who never had a chance to enter the field were stifled. Mass audiences could only peruse the imaginings of the few for whom the gates had opened.

Nepotism is at large, still today, in Hollywood, though it remains a troubling fact that if moviemaking is more about who you know rather than talent, when a talented few move on, their ungifted compatriots will move in.

“A young person can make a film on a cell phone, if they have the tenacity to do so. They can actually make a movie, and they can be legit. Back in my day, you at least needed 16mm to make something, and that was a Mount Everest most of us couldn’t climb.”

However, the problem with digital is not necessarily that everybody is doing it, but that no one cares to do it well.

The filmic ancestors of the digital were vigilant craftsmen. They had to be, because there could be no shooting on costly film without careful planning.

Now the second anyone has an idea, moments later it can be streamed on YouTube.

People no longer have to make a real effort to put something out there. Technology removes the challenge from filmmaking and makes the process too easy. With the loss of work, there is a loss of art.

The ease of filmmaking breeds a general lack of creativity and imagination, in place of undergoing a painstaking process to arrive at a captivating and unique denouement.

Ideally, filmmakers should be thinkers whose films are embedded in philosophy and provoke contemplation.

Instead, the majority of contemporary films lack substance, because filmmakers would rather rehash trite concepts from old movies than wrack their brains to come up with new ideas.

A chain of remakes and sequels, reboots and rehashes continues ad nauseam.

In Hollywood, films of substance have disappeared and been replaced by giant monsters thrashing entire city skylines in 3D and CGI.

Filmmakers in the United States are fast losing ground on telling good stories. Structurally and technically, movies are sound, but they sorely lack depth, humanity, and characters who evoke empathy.

Perchance, this lack of imagination is a reflection of our society, which boasts a humanity devoid of anything meaningful—quite the contradiction. The outcome is lazy filmmakers and profit-driven businessmen disguised as producers.

True, there have always been terrible and good movies, no matter the time period. But it is rare to find a contemporary movie that would warrant the label “classic.”

Put into context, it comes as no surprise that a recent Hollywood Reporter article noted that Hollywood is facing its worst summer box office in eight years. For the first time since 2001, no film crossed the $300 million mark domestically. (No doubt a smidgen of this misfortune has to do with 41-year-old Cameron Diaz–who is by all accounts old enough to be someone’s grandmother–starring in a movie called Sex Tape.)

X-Men producer Simon Kinberg is confident that this summer is a fluke. He said, “Next summer will be the biggest box-office summer in history, and nobody will be worrying about the business.”

Box office is hardly the problem for audiences. Instead, they are troubled by the lack of quality movies in theaters.

Viewing habits are changing with the popularity of new digital distribution through companies like Netflix and Amazon. Yet, the emergence of new technologies does not mean that people have stamped theaters entirely out of their schedules.

If film is dead, how does it affect black film? Is black film dead too?

Sadly, it appears that way.

Black film nearly faced expulsion from the earth after the transition from silent to sound pictures. Black stars jumped ship to more technically sound Hollywood films, leaving black films, which were already (and some say still are) at a loss for technical quality also without charismatic on screen talent.

Thankfully, black film saw a resurgence, especially in the 1990s when a proliferation of black films graced our cinemas. This is the decade where many of our contemporary classics reside.

But of black films that are made in the post-2000 era, less can be said about their merit. Though there are always exceptions, Steve McQueen’s 12 Years A Slave being one of them.

But by and large, black films have gotten worse in the digital age. Rather than having evolved beyond their first-person, near-autobiographical narratives, they have stagnated.

Black filmmakers who, after a few promising early films, should be at the pinnacle of their careers are failing to rise to the task and are regressing with age, rather than ripening.

Tarantino is hopeful for future generations:

“I’m hopeful that we’re going through a woozy romantic period with the ease of digital. I’m hoping that while this generation is completely hopeless, that the next one will come out and demand the real thing… The way that albums are now slowly coming back, I’m very hopeful that future generations will be much smarter than this generation and realize what they lost.”

Unfortunately, it is more likely that the next generation will be worse, not better.

At the present, there is little excitement abuzz in the film world.

Let’s just hope that this summer and even this generation is a low point in the holistic cycle. And that future filmmakers will revive the medium before the last credit wilts.