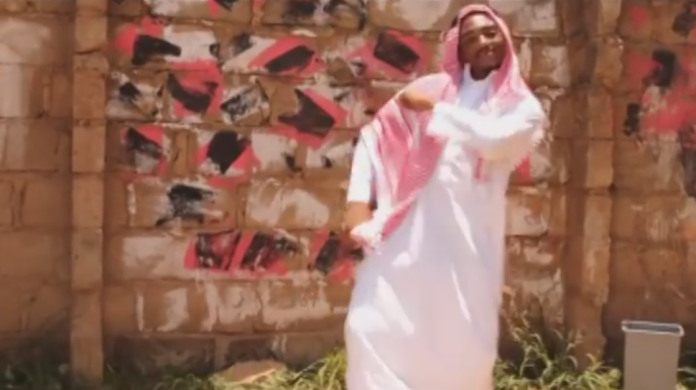 ACCRA, Ghana – The dance has swept across the West African nation, but does the name mean what some folks think it means?

Usually, Ghana makes world news being “complimented” for its stable elections or killing it on the soccer (a.k.a. football) field, but over the last two years the nation’s contemporary urban dance scene has been grabbing headlines too. It started with the “Azɔnto,” a dance born on the streets of Accra that quickly spread across the continent, before crossing the Atlantic and the digital divide with hundreds of thousands of YouTube results. Just this past April, Chris Brown demonstrated the Azɔnto on 106 & Park.

Now, the “Akayida”—often mispronounced “Al Qaeda”—is not only vying to unseat the Azɔnto, but it’s inadvertently embedding pop culture levity into the name of the terrorist group.

Ghanaian hip-hop artist Guru whose song “Boys Abrɛ” provides a soundtrack for the Akayida is unequivocal that the dance has nothing to do with the Taliban. He explains, “Akayida is a name for a new dance moves that emerged on the streets of Accra but wasn’t getting the attention I think it should, so I decided to compose a song to endorse the dance and make it official, because I think Azɔnto was doing well but we need varieties to spice it up. The title “Boys Abrɛ” means boys are tired or fed up… it was a wake up call for the youth to work hard and get out of poverty.”

Though he does not correct every twitter follower who misspells the dance’s name in a hashtag, Guru reiterated to me via email: “I don’t have any link…whatsoever with any organization such as Al Qaeda or any association that works with or within it. The song was composed with the intention of endorsing a dance and not in the direction of any religious body or organization or group.”

“The dance gained popularity only because of the popularity of the song which speaks of the hardships of relationships, wealth and life in general,” JOT explains. “The term Al Qaeda is thus metaphorical in the sense that the activities of the group have brought untold hardship to millions around the world.”

The name aside, understood in context of the history of Ghanaian dance, it’s not surprising many Ghanaians are quick to associate the Akayida with a larger cultural moment. In his book Music and Dance Traditions of Ghana, Dr. Paschal Yao Younge gives move-by-move descriptions of several dances created on the eve of Ghana’s Independence that used movements as metaphors of the changing guard.

The cutting motions, and dramatic expressions of joy that characterize the “Bɔbɔɔbɔ” (pronounced “borborbor”) dance created in the late 1940s, for example, are meant to dramatize clearing the way to a happy future free from British colonial rule. Likewise, the Azɔnto comments on working class life mimicking hand washing clothes and shining shoes.

This is not just a Ghanaian phenomenon.

When the bird flu broke out in the Ivory Coast in 2006, an Ivorian DJ created the “La Grippe Aviaire” dance in response. In a BBC News interview, DJ Lewis explained, “I created the dance to bring happiness to the hearts of Africans, and to chase away fear, the fear of eating chicken,” adding, “If we kill all our chickens and poultry, our cousins in the village will become poor.”

But just two months after a shooting at Nairobi’s Westgate Mall where Ghanaian poet Professor Kofi Awoonor was among 69 others murdered at the hands of the Al Qaeda-linked Al-Shabbab terrorist group—and four years after a Nigerian passenger Umar Farouk Abdulmutallab boarded a KLM flight in Ghana with a bomb in his underwear—the Akayida’s mispronounced name is making some uneasy. In a post that has since been taken down, Ghanaian journalist Richard Dela Sky reportedly called for Ghanaians to shun the Alkayida.

For his part, Dr. Younge dismisses the controversy saying the dance has not only been lost in pronunciation, but lost in translation. He explains, Ghanaian youth may not have the same visceral reaction at the mention of the terrorist that an American would.

“They don’t see the importance or the reason why that should not be used,” he believes, “And then when you tell them ‘Hey, you cannot—this sounds like Al Quaeda…’ They may not feel it as an American will.”

Younge says, to interpret the dance with accuracy, we’ll need the benefit of hindsight. “20 years from now, people are going to look at this Azɔnto/Akayida and say, ‘Oh, wait a minute. They were actually commenting on contemporary, or the topical issues.’ And that’s the time that people will begin to analyze most of those movements and put them in a historical context.

But, right now, when I see those dances, it’s basically what the [American] rappers are doing with their texts, just that the Ghanaians, the youth are doing it with their movement.”