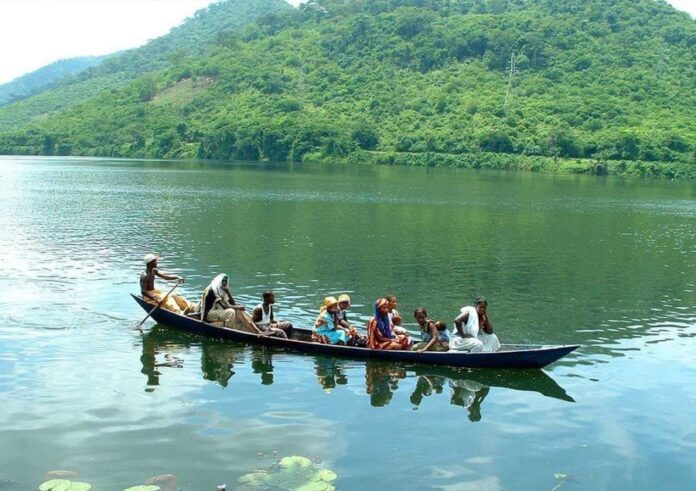 African Culture, like the kind of culture we have around the crocodile waters of Ntoaboma, by all accounts, to the Metha (the Mis-Educated Than His Ancestors), is conservative. And by conservative the operative meaning is that Ntoaboma culture resists change.

Of course, we resist stupidity, or yet we resist (stupid) change. Why not? The Metha who’s complaining about changing our African culture could barely prove himself in the same village he wants to change. More seriously, the Metha hasn’t even proven himself that he fully grasps the philosophy of the Grey Things he is even mimicking in his Accra neighborhood.

To become an elder in Ntoaboma, one has to prove herself – as useful to your family, your clan and to your village. The operative word here is “useful.” The Metha is not even useful to his own nuclear family, often times he doesn’t even have one! And when he does, he cannot prove that he’s useful to his extended family let alone his own constituency in Accra!

Yes, in Ntoaboma, we know that family is the basis of a strong culture. Not rugged individualism!

So what if the Metha, who has yet to prove himself as a useful human being in his own small waters, is complaining that our Ntoaboma culture is conservative? Are we suppose to pay any attention? At all?

Are we suppose to wake up and listen to useless people who think they know better!

The Metha has yet to prove that he can build a sustainable society, even in his newfound “native” Accra. The Metha has two dependencies that he’s not quite yet ashamed of: (1) his over-reliance on traditions and resources from the same villages he so despises – he can barely feed himself in Accra and he relies on the village, on real women, men and children, to rescue his lazy appetites, and (2) his dependence, like a child, on the tits of his colonial rapists, who the Metha is helping by hook, or crook, to exploit the country!

Every chance the Metha gets, he’s leveraging our Ancestral resources from our villages, from the countryside, for loans, and bribes from the barbarians who taught him how to become a clerk ( a thief) in Accra, and he’s busy abusing this “money” in soliciting sex from his equally lazy, dainty women.

The Metha is so lazy that he cannot be expected to bury his own dead. When he dies, his fellow Metha around Accra get together to ship him to us in the village to bury for them by throwing their ill-gotten “money” at the village as compensation. It is as if the Metha is afraid of its own dead! Worse, the Metha has no idea how to bury his own dead, let alone how to worship his revered Ancestors. He has lost all recollection of traditions and rituals!

Building an African society – unlike playing politics (thievery) in Accra with real resources seized violently from our African villages, from real women and men – and unlike building a sustainable community and building a culture, like the one we have in Ntoaboma, which depends on no place else, or no other people, does not take people who think they know better! It takes doing better. It does not take children! It takes adults, people with a resume of doing better to themselves, their families and their clans!

What do you think we do as elders in Ntoaboma? What do y’all think we do as elders in our African villages? Sit around as uselessly as you do in your colonial offices in Accra reading empty books and playing build-a-bear societies, and leveraging our Ancestral natural resources for loans and bribes (so lazy women can find you attractive) from the same barbarians who want to seize our lands?

The Metha’s colonial success – that is, his traditional failure, or more specifically yet, his newfound ill-gotten financial comfort based on the Grey exploitation of his own countryside, has corrupted him to the extent that the Metha cannot tell the sand from the Ocean! His success in “money” corrupts him; his failure in what matters eludes him; he’s useless!

Next time you bring your Land Cruisers to Ntoaboma, make yourselves useful. In fact, in the coming years, before you take that long drive through the mountains of Nkawkaw to Ntoaboma to preach to us about rugged individualism, why don’t you start by showing us where you’ve been useful in Accra?