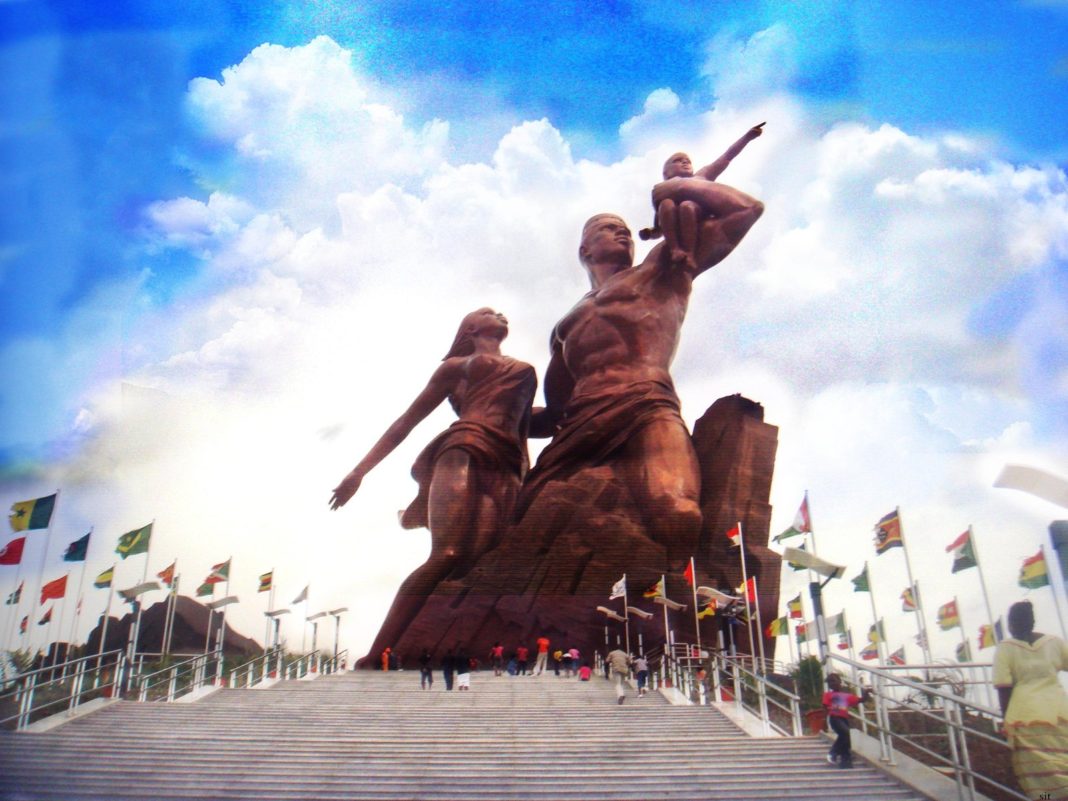 Published in 2009, Ngũgĩ wa Thiong’o’s Something Torn and New: An African Renaissance holds numerous dear lessons for the path to freedom from neocolonialism in Africa. Of the utmost importance is the key that rekindling memory will bring to a renewed Africa.

When European capitalist modernity’s roots in the slave trade, slavery, colonialism, genocide, and mass incarceration are broached, usually the conversation turns to the violence and brutality, the massacres of the British, Portuguese, Germans, French, Dutch, Spanish, Belgians, and Americans.

As Ta-Nehisi Coates visually articulates: “the meek were battered in West Baltimore, stomped out at Walbrook Junction, bashed upon on Park Heights, and raped in the showers of the city jail.” And: “All our phrasing—race relations, racial chasm, racial justice, racial profiling, white privilege, even white supremacy—serves to obscure that racism is a visceral experience, that it dislodges brains, blocks airways, rips muscle, extracts organs, cracks bones, breaks teeth… The sociology, the history, the economic, the graphs, the charts, the regressions all land, with great violence, upon the body.”

Ngũgĩ wa Thiong’o never ignores the presence and inhumaneness of such barbaric force, of physical dismemberment. Only he chooses to tackle the mental and intellectual dismemberment that resulted from those violent regimes.

In his view, the prominent issue withholding Africans from the fruits of liberty is a shackled memory. Our memories link past and present, space and time. One’s region, land, labor, and memory is the base of one’s power, the base from which one launches herself into the world. So what happens when this memory is misshapen?

In the act of beheading, the head is physically cut from the body. By this view, one can also perceive a separation of the memory from the body. The problem of memory that ails contemporary Africa means our identities are fragmented and not whole at multiple levels, including the economic, cultural, philosophical, political, social, and psychological.

Thiong’o writes that “the colonizer’s memory sees nothing but savagery and barbarism when it contemplated the land, the body, the culture, and the language of the people it wants to colonize, be they Maori’s Native Americans, Africans, Asians, or even other European peoples.”

Central to colonial practice, colonizers desire to commit acts of symbolic significance, such as demanding to sit on one’s Stool or be buried in a people’s sacred sites, to desecrate spiritual traditions and psychologically humiliate the colonized. As social engineers, colonizers aim to bury African memories and implant Europeans ones. This is accomplished through mapping, naming, and cultural imperialism that comes with topographical expansion.

Geographically, the continent of Africa was splintered into several pieces. The African himself was separated from his sovereign being and physically removed to labor elsewhere in the world. The result divides the African from his land, body, and mind; from his nature and humanity.

Currently what exists in many parts of Africa is a European memory of place. The colonizer’s demarcations of balkanized regions still stand. The colonizer’s name appears everywhere. What is the Volta River and Region, but a place renamed by a foreigner? What is the Cote d’Ivoire but a place renamed after foreign practices of valuing the brilliant elephant only as a dead commodity of tusks? What are English and French languages in our schools and our government but marks of the colonizer’s persistent control?

Naming signifies a pronounced importance. Names indicate lineage or clans; prior names point to other cultural memories. European memories cover up traditional memories, burying them. The concealment of memory is also accomplished by naming subjects an imposed identity with no memory of previous identity, such as giving a Ghanaian a Christian name rather than a name that locates one in a particular area of Tema.

Though these practices are nothing new—the Ancient Egyptians also attempted to cull the Nubians of their memories—thus, history once again repeats itself with Europeans having learned from Ancient Africa and practicing what they have read from copious African libraries of recordings. The ancient playbook instructs colonizers to remake the land and people in their own image. Systematic erasure of African memory is the goal: an amnesia of the colonized.

Ngũgĩ wa Thiong’o argues that language is key to the colonizer’s quest to obtain and maintain power. If language is the medium of memory, the erasure of language is pertinent to the obliteration of memory. Colonialism aims to destroy, distort and disfigure the past memories, and hence attacks the native languages.

We can neither discount nor downplay the extreme detour that colonialism and its aftermath brought to our regions, cultures, and nations. Indeed, our fragmented memory has led to a broken unity. The unity of the dead, the living, and the unborn cannot be achieved with denial or lack of awareness of a loss. The continent’s independence is haunted by those dead in the horrors of slavery and colonialism who never received proper mourning.

Why not reclaim these places, memories, and names? Why not unhinge the deadbolt that detains our memory in a neocolonial stupor?

Thiong’o argues for a decolonization of the African memory that will reclaim African memories and discard colonial and neocolonial pastimes. His vision is a quest for wholeness that aims to remember the fragmented and reconnect the dismembered.

In a related idea, Du Bois’s Pan-Africanism involved connecting the educated to the masses to arise true freedom. The unity of Africans would be incomplete if the intellectuals and professional classes converse in a language separate from the farmers and the market women. The current split shows the professional classes “sharing those communal memories with the foreign owners of the language or among themselves as a foreign-language-speaking elite.”

A return to African languages and forms of expression would achieve Du Bois’s vision of freedom. If intellectuals and the professional classes are to take responsibility to oust neocolonial rule and reclaim African memory, it starts with language—and writing. As Narmer Amenuti argues, the true medium of memory, rather than (or in addition to) language, is writing.

A consequence of colonialism, much African intellectual production is stored outside one’s own linguistic memory—in European languages. In some cases, Europhone or Anglophone African literature has usurped the identity of African literature.

African languages have been kept alive primarily through oral culture, through Griots and communal memory. Though these languages truly cannot be given life without a proper written culture. As it stands, the written language is cut off from the spoken language. Intellectual thought, research, science, technology, schooling, and government should link spoken traditional languages with written cultures.

For example, how and what to read and write should be dictated by African memory. How to organize society, educate children, practice medicine, run governments, and conduct court systems should all be based upon African memory. For good measure, consider: how many business deals between African and European governments are written in African languages?

Largely, the failure to mend the African memory falls on the African elite. Through language, religion, and education, our so-called elite have undergone a cultural subjugation where they are instructed to expel traditional memory and shoulder the colonizer’s memory. The result is “a class of persons” who are Africans “in blood and colour but English in taste, in opinions, in morals and in intellect.” You know the type: who worship white gods and laud European philosophy as progressive enrichment. In the embrace of neocolonialism and globalization betwixt a “cozy relationship with the Western bourgeoisie” is where many in the African middle class derive their power.

Government involvement can swiftly aid a project to reclaim African writing systems, if government officials create policies that “make African languages part of the languages of social mobility and power.” That means we conduct government, public, and private business in African languages and promote those who exhibit mastery with their native tongues. The schools and classrooms should also operate in this manner, with African languages at the core as the basis for writing, learning, and instruction.

English or French, in language and writing, will never be African in spirit and being. A great historical shift in the lives of Africa’s people will occur with monumental changes that encourage profuse writing in African languages. Across the Atlantic, languages like Patois, Creole, and Ebonics should also be written.

Translators have immense value; they can return works to languages and cultures that inspire them, including translating ancient texts in modern languages. “Through translations of works written directly in African languages, a shared modern heritage will emerge.”

In some places in East and Southern Africa the continuity of African writing systems was never broken. In others in West Africa, writing systems have decayed and are in dire need of rekindling.

Focus on language and writing will stimulate communal renewal and a resurgence in self-confidence. The reorganization of written production will also change views about sources of power. The arm of dominance will sway from the colonizer and his language and culture to the African whose traditions will awaken from their present coma.

We must encourage our children to opt for, recover, and rediscover traditional languages with vigor to provoke an enthusiasm for African languages and enrichment of the bourgeoisie attitude toward African languages and cultures. Ngũgĩ wa Thiong’o is hopeful that younger generations of Africans are ready to embrace their languages in a way that would make him wish he were young again, so that he can witness this literary rebirth in its heyday.