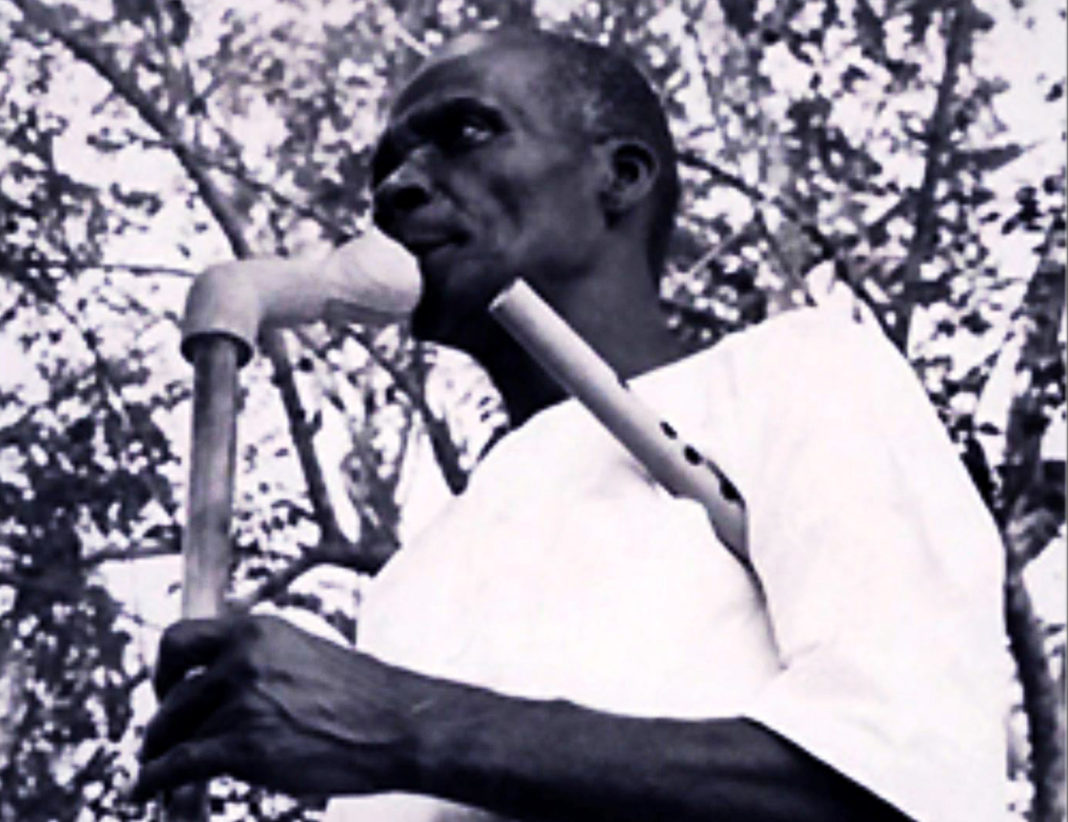 NTOABOMA—Ghana is not a Christian nation. It is neither a Muslim nation. Nor is it even a nation based in part on Traditional African Religious practices, where the Supreme Being and the Spirit of the Ancestors dot its every value system. Ghana is nothing like its constituent parts. If it was, the calling of the Spirits of Our Ancestors would be everywhere found in its imagination and constitution.

Take for instance the national anthem by Mr. Philip Kormi Gbeho: God Bless Our Homeland Ghana. It is replete with the call to God to bless the homeland while the “sons of Ghana land,” arise and “under God march on for evermore.” Yet, besides the calls to be “fearless,” to unite and advance as one with Africa, under the collective banner of the Black star flag of hope and honor, the song sings much like “Onward Christian Soldiers,” a Presbyterian Hymn.

Mr. Philip Gbeho’s original piece was even churchier than the current version. Consider the following first stanza in the original song:

Be thou our guide in all our ways:

May we united together

Proclaim the dawn of our new day.

Children of Ghana! Arise and uphold your cause,

And blaze the trail of freedom far and wide.

Oh God our Father hearken to our call

And grant us peace here in our Fatherland.

Yet, of the numerous entries that were presented to a National Anthem Selection Committee, Gbeho’s song was one out of four shortlisted and played regularly on radio for listeners to indicate their preferences. The choice was overwhelmingly in favor of Gbeho’s composition. The reason was simple. The melody was awe-inspiring for a population that barely understood the English in which it was written.

However, this verse in particular struck the wrong chord in some government officials. As it should. They quickly met with Mr. Gbeho and discarded the original words of Gbeho’s piece for new ones written by a commissioned literary committee. The new version is what we now call: “God Bless Our Homeland Ghana,” which went with Gbeho’s tune as the National Anthem on that glorious day, 6 March, 1957.

But even by the sententious literary standards of our so-called Ghanaian elite, the new version still sounded like the old—a very fine Presbyterian hymn. This in itself was not bad. For after all the imagination of self and of nationhood by our educated classes was yet to mature. Ghana was zero years since her independence from the British at that juncture. Besides the concomitant calls “to resist oppressors’ rule” in the anthem, which one should find revealing—be that as it may that the hymn itself rung and still smells of the acceptance of the paradigm of the oppressors’ religious inclination—the song sufficed for Independence Day.

That given, Gbeho’s anthem was enough in that it came to replace an even more notorious song, “God Save the Queen”, which hitherto had been the country’s anthem. “Queen” here did not refer to Yaa Asantewa or some Gbeto warrior who resisted British or French occupation. No. It referred to the Queen of England, now Queen Elizadeath. But such an outlook for satisfaction, by merely replacing an annoyingly humiliating national song with a hymn, can hardly be tolerated in a country that was once occupied by real warriors, or even a country named after Kings (Gana)! There’s no honor in such perceived sufficiency. We must expect more.

Besides its Christian appeal, the Gbeho song is largely mute on any reverence for our Ancestors. More, the song is actually boring. It does not invoke the passion we need as a nation to forge forward in building a holistic nation that reveres our past (our Ancestors), that reflects our present (our priceless heritage) and that ensures the handing-down to posterity of a superb tradition (the future) – what Ngũgĩ wa Thiong’o calls the Holy Trinity of our “collective memory.”

Without this triangulation, Ghana as with almost all African nations, suffers from a “fragmented memory.” Undoubtedly, this has led to a broken unity. That is, the unity of the dead, the living, and the unborn. We cannot achieve unity amidst this denial or lack of awareness of a loss. Ghana’s independence is haunted by those dead in the horrors of slavery, and by those long forgotten in the brutal wars for independence from colonial occupation, who have all never received their proper mourning.

So, the best we can do is remember and honor them in our Anthem! Gbeho’s song does not cut it.

This is not an indictment of Mr. Phillip Gbeho. He, together with his colleague teachers and friends like Dr. Ephraim Korku Amu at Achimota School, fought feverishly to have the teaching of Ghanaian music inculcated in pupils, especially in primary and secondary schools. This put him on a collision course with European Missionaries who—everywhere they have plagued with their “Italian” God—associate indigenous music with some kind of “devil worship.” Mr. Gbeho fought the Missions and succeeded in convincing the government to introduce African music and cultural studies more generally into the “formal” educational experiences of Ghanaian children.

Mr. Gbeho’s contributions to Ghana are therefore no mean feat. However, it is time to lay down his hymn as the national anthem of Ghana and introduce the more spirited, the more traditionally in tune, and the more energizing song of his dear colleague Dr. Ephraim Korku Amu.

Ephraim Amu’s “Yen Ara Asaase Ni,” a song in Twi that has become Ghana’s second national anthem is the better alternative. He first composed this piece in Ewe, titled “Miade Nyigba Lolo La.” It boasts of translations in almost all Ghanaian languages written and studied. Although I am not particularly pleased with the Twi and Ga (Wo dientse wo shikpon ne) translations of which I am amply familiar, the mastery of the cultural spaces the song commands in its imagination of Ghana’s striving for nation building is unparalleled.

Adu me ne wo nso so, se ye be ye bi atoaso

The fidelity of the translation from the Ewe to the Ga and Twi fall short in some remarkable parts that need some attention. For instance, Solomon Azuma-Gomez has shown that the Ga and the Twi both miss the “lolo,” that underscores the fact that our homeland is a land we actually “love” or “cherish.” Furthermore, in Azuma’s reading, there seems to be a “possessive angst” in the Twi (“Yen Ara”) and Ga (“Wo Dienste”) which contrast the Ewe “Mia… lolo la,” which expresses more of a “Love” or a “Passion” for the homeland. Also, the “Shikpon” and the “Asaase” in the Ga and Twi evoke ideas of land grabbing more than the Ewe, “Miade,” which translates literary as “Our Homeland.”

That said, the translations are acceptable although C. S. Hamidu’s poignant observation that “in translations, the choicest and most accurate words must carry else it loses it urgency and agency,” cannot be overemphasized. I agree with Hamidu “that only those deeply versed and immersed in our complex linguistics should attempt this critical assignment.” Moreover, even vital in this quest to build the elements needed to ignite a deeper passion for nation building, is the issue of a missing creed “that is both profound yet simple enough that the youngest minds can easily assimilate.” To this last point, Hamidu could not be more correct in situating the call for a deeper national anthem within the framework of a “positive indoctrination that inspires love and passion for the land [that] fires imagination and drives a desire to serve.”

Amu’s anthem satisfies the craving for the tools that inspire, fire and drive the constructive imaginations of our youth. Consider this English translation of the first stanza: “This is our beloved Homeland; what a priceless heritage that it is; we have acquired it with the blood that our Ancestors shed for us; It is now our turn to continue what our Ancestors started.” In four lines, Amu completes the triangle of our existence and memory. He connects our present, our beloved homeland (a priceless heritage) to our revered and honored past (the blood that our ancestors shed to acquire it), and also he links both to the future (as we continue what our ancestors started). This is sheer brilliance. This is not just music but a sublime creed that is instantly energizing while it imbues the sense of pride we need in nation building.

Amu’s anthem is not a cry to God. It is not a prayer or a hymn. It’s a cry to the collective will of our peoples. It is, like the preamble to our constitution, the expression of sheer will “in exercise of our natural and inalienable right to establish a framework of government which shall secure for ourselves and posterity the blessings of liberty, equality of opportunity and prosperity.” Amu’s anthem derives its principles from the deep well of Traditional African values and shares in this principle “that all powers of our government spring from the Sovereign Will of the People” and nothing else. Like Komfo Anokye said to Asanteman, “The Stool is the people. Without the People there’s no Stool and without the Stool, there’s no People.”

Amu’s anthem places our sense of urgency and agency to protect and love our homeland in our hands. Not only in God’s hands. The fate of our nation, Ghana, lies in how we treat it and our responsibility to work and fight for our country in the same way that our forefathers have done. Not in the hands of God, who of course must bless us, but who we must share with the British. “Whether or not Ghana prospers; clearly depends on the character of the citizens of our dear nation,” not on the character of God.

Amu’s anthem then is everything like the constituent parts of Ghana. The calling of the Spirits of Our Ancestors is everywhere found in its imagination and constitution. This is the supreme will of our peoples. This is Ghana’s national anthem. Please share the version of Amu’s anthem in your language and the literal translation! I would love to learn and memorize all others.

Living Inside The Matrix.

By Framing Their Enemies, They Frame Themselves.