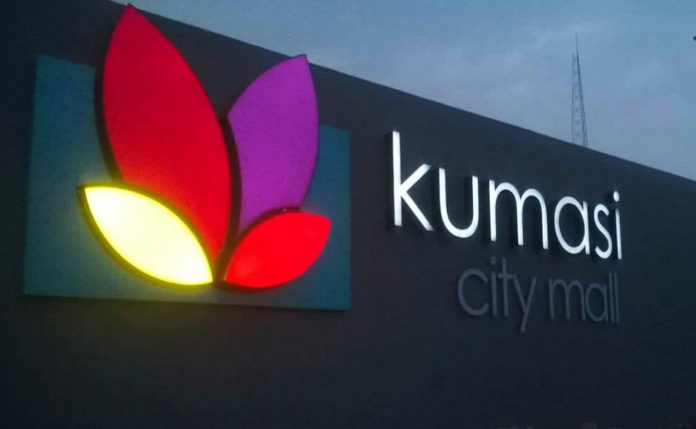 NTOABOMA—The more educated than his Ancestor (The Metha) has a new place to go and look more like Europeans. Enter the new Kumasi City Shopping Mall. “What is a mall?” asked my grandaunt, sitting on her veranda, listening to the radio right outside Ntoaboma’s City Circle. Ntoaboma is just over two hundred kilometers away from Kumasi, but to get to the new City Mall from Ntoaboma, you need four buses: one to Agogo, another to Konongo, another to Kumasi and yet another Trotro to the brand new Kumasi City Mall. The roundtrip can take a week!

So while standing there, spacing out and thinking about how the country could actually use a railway or highway from Kumasi through Ntoaboma—in 95 million lizard currency—instead of a mall, I came back to my senses, now conscious of the question my grandaunt had asked: “What is a mall?” I quickly recalled a friend’s response. A “mall” means “more,” as in “shopping more” for shopping mall. The new Kumasi City Mall is a place where you buy more stuff—usually stuff you do not need, usually foreign goods (rejects at that), usually crap. And in Ntoaboma, pretty much everyone has agreed that buying more than necessary of anything seems a picayune activity.

So my aunt quipped: “Nkwasiasem, [what foolishness], Agbegali, save us from Bodu!” She leaned backwards on her armchair to enjoy her afternoon nap, right by the beautiful lake, Amu, that is yet to be polluted by the Devil—galamsey gold diggers. She completely turned down the radio.

If you have not heard of Agbegali, allow me a short introduction. Agbegali is a god, mostly only talked about in Ntoaboma and her surrounding cottages. She is the protector of all cassava farms in Ntoaboma. The Ewes call cassava Agbeli (which literally translates, “there is life”). It is obvious how Agbegali got her name. She is the daughter of Mother Earth (Asaase Yaa) and the God of Thunder (Jakuta). The Akans call Earth, Asaase. So goes Ntoaboma mythology. The story is straightforward. Agbegali fought and annihilated the most hated terrorist of cassava farms, Bodu.

Before Agbegali, cassava grew above ground—believe it or not—for it feared the bustling fecundity of the earth. No one knows exactly how Bodu came into existence, but he had a strange occupation, which consisted of killing cassava plants everywhere he went. He derived his existence from killing cassava. Wrestling with the cassava, Bodu’s trick was to bat the cassava—his victims—with two mighty clubs and crush them into white pulp, which he ate to sustain his life. This macabre hobby was apparently the expression of fatal attraction; the guardian spirit of cassava is considered female.

Bodu was deemed invincible. Even the other Gods feared him. He wanted to make love to everything and anything, although he left his victims dead! But there was a trick. He knew all cassava derived their strength from their mother, Asaase Yaa. Physically separated from contact with Asaase Yaa, all the Agbeli lost their strength and were crushed by Bodu, and thus Bodu became even stronger. That was until Agbegali came around. She went to every single cassava and made sure each was well planted into the ground to establish the closest contact with Asaase Yaa. Then she proceeded on a face-to-face combat with Bodu knowing full well that Bodu could no longer replenish his strength. Agbegali crushed Bodu! Hence her name, “There is life all over again!”

What we retain from this vignette is that, like Agbegali, you cannot separate strength and knowledge from contact with Mother Earth, Asaase Yaa. More, one must overcome his/her fear of being grounded in the fecundity of Mother Nature. Actually you cannot separate anything from contact with the ground. And the contact with the real world is done through real grounding—having an exposure to the real world and paying a price for its consequences, good or bad.

This is what the more educated than his Ancestor, the Metha, do not know. Mostly, they believe all things were “invented” by foreign universities—the very things they will queue for and buy with the cocoa farmer’s actual currency at the new Kumasi City Shopping More. The Metha does not think that food, for instance Ntoaboma Jollof (the best there is in the entire world), was actually discovered by tinkering and later legitimized by some type of formalization.

The knowledge and the beauty we get by farming, fishing, drumming, building, cooking, dancing, tinkering, via trial and error, through experience, and the workings of time, in other words, through our culture or our contact with Asaase Yaa, is vastly superior to that obtained through paralogism, an incontrovertible fact the Missionary Schools and Universities have been very busy hiding from Mother Africa’s own children.

To be sure, the Metha is not grounded; he is not grounded in Asaase Yaa, not in his own culture, and even when it comes to the paralogism of academe (from where he gets his degrees), he fails at it. He hangs in the air for Bodu to come and crush him to pulp like cassava (before the era of Agbegali), by falling in love with other peoples’ non-cultures and adoring the primitive material goods those foreign cultures bring to him via the new Kumasi Shopping More. Where there’s no mall, the Metha gallivants around the globe and spends so much time above ground, using actual money from the cocoa farmer, to buy his own demise—to enable Bodu to increase in strength, come back and crush him!

The new Kumasi City Shopping More is where Bodu, the agent of the Metha’s own demise, gets his strength, but the Metha not only lacks the practical sense to understand this, but also, he never learns from history. The Metha—by allowing such a monstrous preoccupation as Shopping [for] More in primitive accumulation—even makes the mistake at the pure reasoning level, drowning his thinking in some form of abstract discourse about economics, business and free trade!

When my grandaunt called Agbegali to come save us from Bodu, the symbol of our demise, in other words she was surely praying that Agbegali come save us from the foolishness of our elite, the more educated than his Ancestor, the Metha—those who claim they must be ordained (and they are imposed on us by Bodu) to lead our nation at all costs.

My grandaunt, a highly ranked Yevesi—that is, a priestess in one of the Yeve Temples—had noticed two obvious flaws about the Metha. I shall share them freely. The first flaw about the Metha is that he is incapable of thinking in second steps and unaware of the need for it. While about every farmer or fisherman in Ntoaboma (including my grandaunt), every waiter in Kumasi, and every mechanic in Kumasi Suame Magazine knows that real life happens to have second, third, fourth, nth steps, the Metha is only entranced by the first step. My grandaunt understands that the deer cannot agree to the free-roaming and free urination inside her territory—in other words, the deer cannot agree to free trade terms—by the tiger. It makes absolutely no sense!

The second flaw about the Metha is that he is incapable of distinguishing between multidimensional problems and their single dimensional representations—like multidimensional health and its stripped single dimensional representation of a body temperature reading. The Metha cannot get the idea that, empirically, complex systems like our own agricultural systems, our own rivers, our own forests, our cultures and our centuries-old methods of doing business do not have obvious one dimensional cause and effects mechanisms, and that under opacity, you do not mess with such a system by introducing a Shopping Mall selling off foreign diets and goods.

But goodness, when a country is ruled by the Metha, anything goes! Stupidity reigns everywhere. The extension of this defect is damning. Look what has become of River Pra and River Tano? Unlike following in the footsteps of the god Agbegali, the Metha rather approves the building of Shopping Malls right above ground, so Bodu can obtain his daily parasitic dosage of pulp, and then turn around to crush him. Stupidity is costly, and to this point, my grandaunt is fully aware. So she takes a nap smelling the last wind of the river that is yet to be polluted by the Metha’s appetite for galamsey gold. For what can a Yevesi do in the twenty-first century? The Metha is everywhere helping Bodu increase in strength.

It is only a matter of time, unless “Life Again,” Agbegali that is, can appear on the horizon.