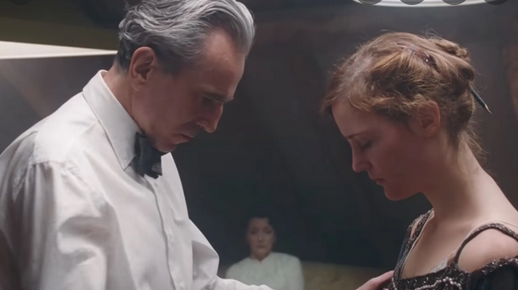 NTOABOMA: A man of incredible means marries a woman, who’s young enough to be his grand-daughter, and the Mis-Educated Than His Ancestor (the Metha) cries foul.

Yet, the Metha enjoys Hollywood Films of the same nature and he brags about its “cinematic” mise en scène. Everything Hollywood presents, the Metha, assures us, is “beautiful”.

The Metha is everywhere and nowhere at the same time. He’s a mystery, a gravitational force bending everyone’s will to his formlessness.

You see, the Metha insists that marriage ought to be a Private Business, not to be regarded as the Public Institution that his ancestors had formulated it in NTOABOMA. Only, when it comes to age-gap amusements (dating they call it), in the sense that a man accosts a young woman as his muse, this picture is perfect in London, just not in Accra.