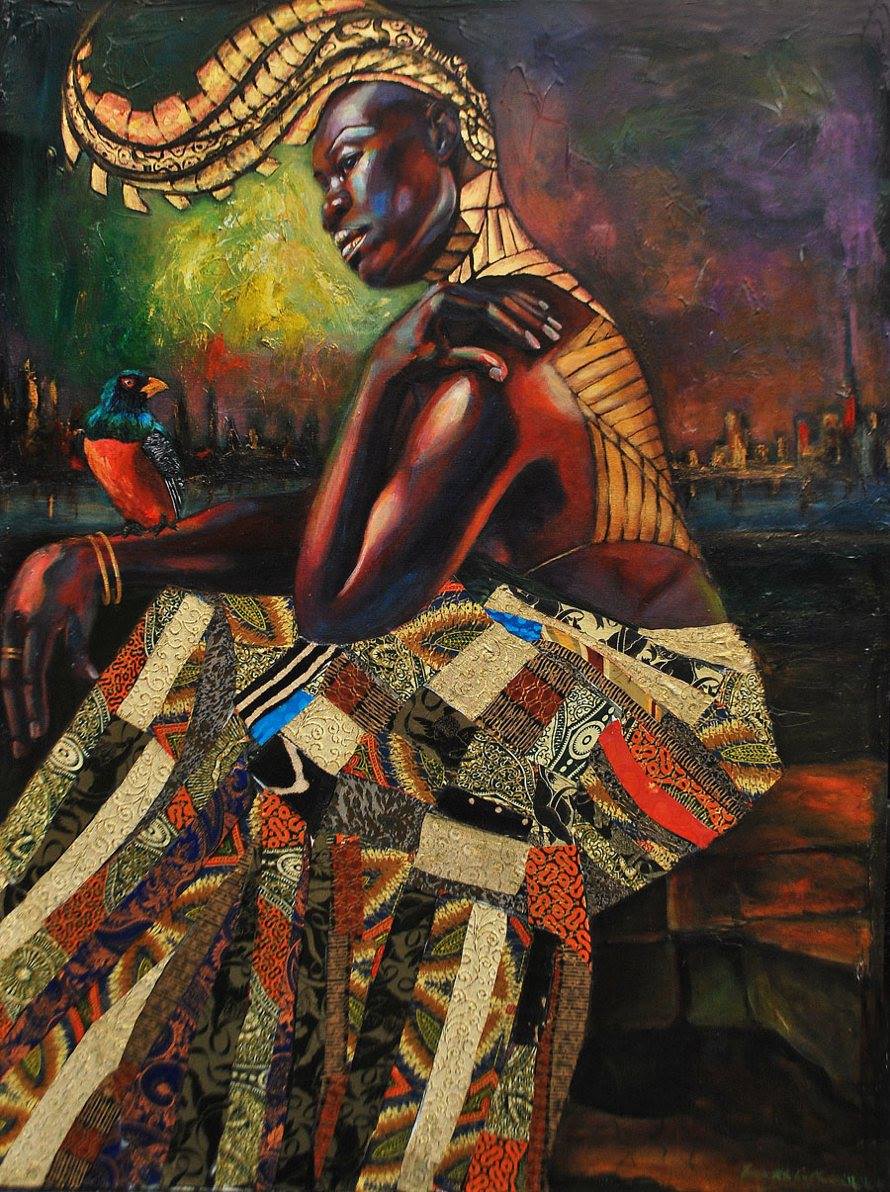 Nothing is more important in a person’s life than identity – where you are from, who you are and who you shall yet be. The same applies for any aggregate of people. For a community, the interrogation of identity is as important as the sovereignty and legitimacy of the people’s right to exist. But even in Ghana, a nation with a first-class educational system, a thorough interrogation of identity escapes the imagination.

Some muse a Ghanaian identity does not put food on the table. Nor does it pay the school fees or foot the electricity bill. Still, it’s an identity we carry around all right, albeit primarily in sociopolitical discussions.

Whenever presidential elections come around, village and city people, alike, hold Ghana responsible for every “Ghanaian ill.” Slow economic growth is Ghana’s fault, poor healthcare is Ghana’s fault, low levels of water at the Akosombo Hydro-Electric Power Dam is Ghana’s fault. For many of us, Ghana becomes the institution charged with the task of solving these issues, a government supposed to run affairs properly. But where does that leave us as Ghanaians? What is the identity of the people residing within that institution—Nation of Ghana? Who are we?

Too often the answer to this question lands on a false premise—that our identities remain enamored by the dictates of a colonial occupation, that we remain stooped unwittingly in ethnic divisions.

What transpired was a balkanization that never involved the consent of our peoples.

While the reality of fashioning our Ghanaian identity is a challenging undertaking, it nonetheless requires our collective efforts. Just because the solution is not immediately apparent does not mean it does not exist. Yet this is precisely the explanation brought forth when various factions set out to dabble in unbridled ethnocentrism. In the most uncouth of manners, Ghanaian politicians have used the lack of cohesion inherent in fragmented identities to their advantage in the political process.

No doubt, Ghana has been ridden with her fair share of problems. Rather than see our boundaries, our balkanization, our assorted ethnicities and religions as accidents or tragedies of history, we can view them in more constructive, optimistic and realistic ways. The excuse that we are separate ethnic groups is as unfounded as the myth of ethnic affiliations. The Ewes are not a monolithic group of people; in fact, many Ewe languages are unintelligible to other Ewes. The same is for the Akan; no way can a Twi speaking Akan understand Fante, and vice versa.

Once the myth of our language groupings are thrown to the canines who fashioned such theories to divide and conquer us, it becomes apparent that everywhere we look, we see more similarities than differences. Kpanlogo is not any different from Borborbor. And the talking drums are ubiquitous in our cultures. We realize that Kwesi is not just an Akan name. And the Asantes are more seriously mixed with the Frafra and the Sissala than anyone is ready to accept. From the Akans, the Ewes have borrowed the Fontomfrom, and from the Ewes, the Akans have been influenced by Voodoo (like it or not). What’s more, Okamfo Anokye, the renowned chief priest of the Asante Kingdom, was from Nokyie (Anokye). More than our differences, we should be more gung ho about accepting the facts of our commonalities.

Rather than perceive our diversity as a problem, we must begin to see this as our strength. We must begin to harness the power in our diversity to forge a nation never before seen on this planet. Rather than see our balkanized boundaries as a curse in themselves, we can consider them from the perspective of our historical past that flourished way before the first European landed on the Gold Coast.

As a people, we have always lived as neighbors. Ewes lived alongside the Asantes, the Ayems and the Akuapems; the Gas lived side-by-side the Ewes, the Fantes, the Akuapems, the Akyems, and so on; the Dagomba bordered the Mumprusi, the Asante, the Ewe, the Gonja, the Brong and so on. Everywhere we look in our history, we are a people who have always lived side-by-side one another in better peace than we are now willing to admit.

Everywhere we look, rather than see signs of balkanization, we must see signs of our collective unity as a people. We must see that we actually haven’t been torn apart—that we are still together as we were. We must cherish the inherent diversity that empowered us once upon a time on the West African Coast.

Everywhere we look, we should not see signs of separation but signs of cooperation. When we look across the vast terrain of Ghana into the vast expanse of West Africa, we should recognize an identity that shuns exceptionalism and embraces community. We should see a culture that is more rooted in the commune than it is rooted in the individualistic attainment of any one man. Always, we must be who we have been ever since the beginning of time in Punt.

When our first unifier, Kwame Nkrumah, chose the name Ghana, he did so with the deep understanding that we are descended from a great West African peoples who still stride the surface of the planet shoulder-high. Indeed the name Ghana derives from Gana, which means King. And Queens! And hence Ghana is the land of Royals.

But as kings and queens, our responsibilities abound to look after the whole instead of our parochial interests. For our collective advancement, we must make peace. And for our collective good, we must cooperate, communicate and strive, in our own small ways, for greatness. With this aim, the collective Empire that is Ghana might still have the chance to show the world that Africa is different—peerless. Without any remuneration whatsoever, we gave the world rhythm, we gave the world music, and we gave the world civilization. Surely it takes a community to build, out of nothing, something so stupendous.

Any ideas that are not in the collective interest of our commune—above all, exceptionalism and individualism—we must shun them and lay them to rest. For these philosophies clash with what it means to be Ghanaian in the twenty-first century. To be Ghanaian means to care, to cooperate and to commune for the collective advancement of our peoples. In this twenty-first century, I cannot imagine a better future, a more complete identity for Ghanaians, than a future that unites us together.