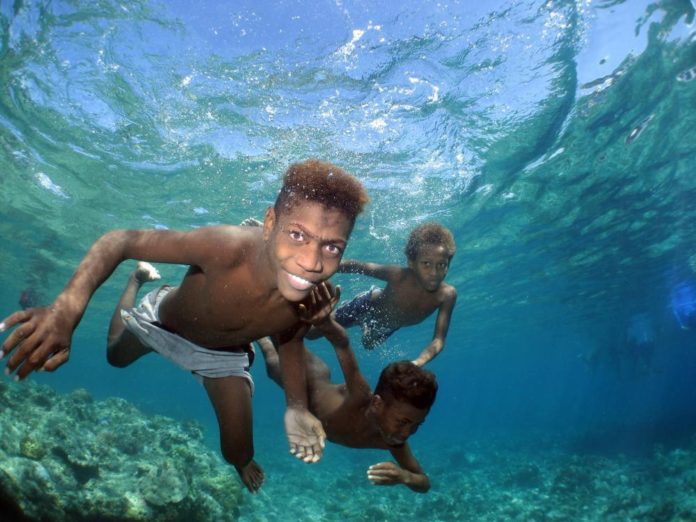 NTOABOMA— Sometimes we do the logical thing—whether we like it or not. Other times we do the illogical thing, because we like it. When a person indulges in the illogical, especially when he cannot expect to like the outcome, we say he is crazy. Not that this sort of cognitive blight is the only source of craziness. Certainly, the fountain of craziness gushes in many directions. But engaging the illogical when one cannot expect to like the result is a sure cause.

This struggle is manifested in how we view water.

A human being has a brain. To speak of the logical mind is to relate and confer some sense of agency to this part of the human being. The idea of “thinking” appears to require a brain, or at the very least, some rudimentary form of a nervous system, or so says the biologist! Which means that more than one cell is required to form even the simplest network for thinking—for instance, in a Jellyfish.

All prokaryotes are unicellular organisms, and for that matter the biologist concludes that they do not have the basic network for thinking. Obviously by definition the biologist’s requirement of a network of cells for thinking leads him only to one conclusion: prokaryotes cannot think. But step outside this box for a moment. How are prokaryotes able to engage in the complex activities of producing heat, locomotion, nourishment, and procreation without thinking, without a set of tightly-knit protocols that direct some future order? Or yet, if the prokaryote was just a mere robot, wouldn’t that also imply that an intelligence created it? The biologist is caught between a rock and a hard place, but he insists on his craziness.

In a similar vein, the student of biology would maintain that water cannot think. If for instance we were to observe water for a long period of time and accept that it behaves according to a set of observable features, like always taking the path of least resistance, the biologist and his student will swear against the idea that water, after all, “thinks” through its obstacles.  Who is crazy—the one who refuses the logical thing and opts for the illogical although he knows the result of his “thinking” does not conform to his own observation, or the man who accepts the logical thing?

The story of an encounter between the Chief of Ntoaboma and Yankade’s grandaunt, the Queenmother, helps to make further sense of this idea and ascertain if it appeals to our consciousness to like or not, and if it makes logical sense or not.

It is evening. The mighty Sun that watches over Ntoaboma is setting to rise again tomorrow. The light it casts over the Ntoaboma sky is a faint shade of red disappearing to the west in a burnt orange hue. Yankade’s day is over. It was a market day in Ntoaboma. Once every month, all the surrounding villages and cottages bring their goods and ornaments to Ntoaboma’s big market. Obviously, this is always a big day. A child can indulge an ice cream cone—thanks to the newly arriving folks from Accra (the Metha), who are now resettling in Ntoaboma with newfound appetites and disgusts.

Yankade is a business woman. She imports salt and charcoal and produces varying brands of salted fish (koobi and mormorney) for sale. She is as well known in Ntoaboma as the chief, the latter who from all indignant indications only sells land for his own upkeep. The chief has lost the respect of Ntoaboma and remains holed up in his tiny mansion, out of sight from the Queenmother—who is Yankade’s grandaunt—and who has vowed to remove the chief’s sandals and destool him. For good. Why? The chief of Ntoaboma has single-handedly sold ancestral land to the Chinese, including a formidable stream.

This stream is where many of our ancestors fished and fetched drinking water. This stream supplied a significant portion of Ntoaboma’s nourishment. By the stroke of a single chief, who was the custodian of Ntoaboma’s lands, the Chinese now have possession of the stream. The legal battle rages on in Accra—a distant city that has nothing but taxes to collect from Ntoaboma. It takes money, time and energy to fight off the stroke of a chief’s pen. The only way to resolve this issue quickly is to destool the chief and nullify all contracts signed in his name. But he remains in his mini mansion from this impending embarrassment.

Anyhow, Yankade is no woman who sits idly by while the Chinese destroy the very stream upon which her livelihood and the livelihoods of several Ntoaboma fishermen and market women depend. Once, she had confronted the Chinese in dialogue. The second time, she took with her a battalion of machete wielding men, only to meet a small mercenary army brandishing AK47s and several American-made machine guns, well-funded by the Chinese. Common sense tells Yankade, the only way to resolve this issue in the twenty-first century without the pain of unnecessary funerals is through the handiwork of her grandaunt, the Queenmother.

So this very evening, after market day, after the effects of the absence of the stream on Ntoaboma’s markets was well-felt, Yankade led her grandaunt to the chief’s mini mansion in the middle of town. They met the Royal Guard—once a fearsome army; now a wiry group of palm wine drinking old men. Yankade shoved the first man away with a single swipe of her left arm, and the second guard, she lifted off the ground out of her way. The rest of the old battalion of palm wine drinkers stood aloof, stupefied by the presence of Yankade and the Queenmother. “Where is the chief?” the Queenmother asked.

“That way. In the central court,” one guard bellowed before Yankade reached for his throat with her sword. And there, through the royal hallway, down to the central court, the chief of Ntoaboma was busy alone at a dinner table with all manner of kinds of meat spread across the entire terrain of a plateau built of fufu and suspended in an ocean of pepper soup. The sight of a single man at the table was itself representative of the sordid character of this Ntoaboma man.

When the chief sensed the presence of the Queenmother, he had little time to “think” through how he might react. He pretended nothing was amiss. He attempted to engage the Queenmother and Yankade in the royal niceties as would be accorded a Queen. The chief stood up and bowed, and tried to slide away with the excuse of fetching a stool for the old lady. Yankade was not having it. No way the man was getting out of sight.

As was customary, the Queenmother had to recite the reasons and stipulate the laws under which she would exercise her authority to destool the chief. So she began without hesitation. At this moment, the royal guards, the chief’s wives, and the chief priest had been summoned by the royal bell to witness what was yet to transpire. Their attempts to admonish the Queenmother to find another method to resolve the issue fell on deaf ears. The Queenmother was resolute and proceeded with a patient pace, carefully and methodically dispatching her words directly to the chief (as he slumped unto his stool), and giving her reasons and her authority over destooling him.

When she was done, she advanced on the chief to remove his sandals. His hesitation was met with two double-edged Yankade swords, one at each side of his throat. “Why are you doing this to me? If you want the land just go and take it from the Chinese,” he retorted. “How? Use these swords against their AK47s?” Yankade inquired without a blink while she stared intently at him. “Well, yeah… maybe that’s what you need to do!” The chief retorted.

The Queenmother had already taken off his sandals at this point.  But when she overheard him, she snapped, “That’s why you cannot be chief of Ntoaboma. You don’t even understand the water in that stream you sold. You see, that water in that stream is the same water that flows through my veins. Yours too! That same water flowed through the veins of my ancestors. That water always, without fail, takes the path of least resistance to achieve its goal. That water is me. And you are my path of least resistance. Water is more intelligent than you. To hell with you. You are no longer chief of Ntoaboma.”

The science remains that water cannot think because it lacks the biologist’s requirement for thinking—a network of cells. In the same way that prokaryotes cannot think. The Queenmother of Ntoaboma requires no such condition in order to fully understand and appreciate the astounding “mind” of water. Now, who is crazy: the biologist who refuses to step out of his own box, or the Queenmother who is inspired by the consciousness and intelligence of water? Traditional wisdom is a paradigm and so too is colonial science. One must choose, carefully.