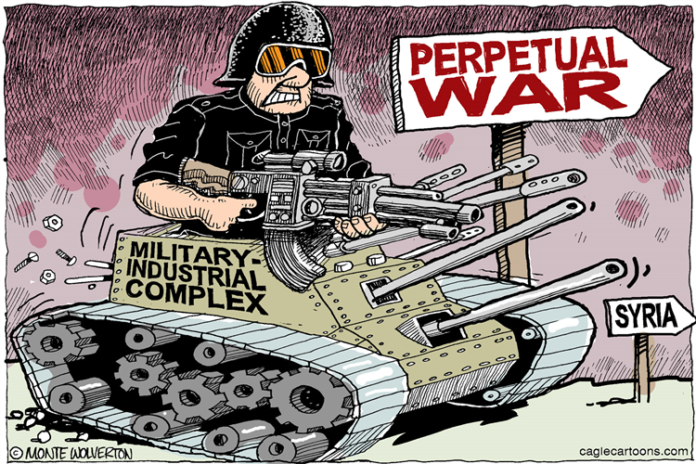 “Objects will remain at rest or in uniform motion (i.e. objects, actions and processes remain sustainable) unless impressed upon by imbalanced forces.”

It would seem natural that the ultimate goal of a developing nation, or of a modernizing nation, is to reach the point where it no longer needs to develop; where it no longer needs to modernize. It would seem that the goal of capitalism, with its economic growth, if indeed capitalism is a natural progression of events, hence, is to grow an economy in order to reach the point at which there’s no longer the need for further economic growth. One can say that the ultimate goal of capitalism is to reach a point where there’s no longer the need to be a greedy bastard, that is if indeed the process emanates from its supposed natural fulcrum.

It seems that capitalism by nature then needs more markets: it needs more labor—the cheaper the better—and it needs more markets—the bigger the better. It seems that modernization can never be actually achieved, and that the goal of western economic ideologies as a whole, truly can be said to only establish inchoate goals. That is, they are ideologies without any defined well-meaning goals. By that I mean the ideas coming to us from Europe or from the European Americans on building economic frameworks are not in themselves natural progressions of natural phenomena. In fact they are artificial, in the sense that they defy universal logic. These ideas do not advance from one state of maturity to a more matured state. Rather the progression of modernization or capitalism proceed towards more and more consumption without end. The goal is “more,” for the sake of “more.”

Although the idea of “more and more” may seem a lofty goal to the untrained eye, it is pregnant with a paradox. What if the labor runs out, or the markets no longer anywhere exist? What does capitalism do then? Grind to a halt? Fold? Transmogrify into something else totally? Does capitalism cease to exist? Does a nation remain “underdeveloped” forever? The idea that a modernized nation still needs more modernization stoops a nation’s aspirations within the doldrums of a distant dream. The implication that once a nation can improve its productivity it will reach a point where it no longer needs to be productive remains an elusive dream. In fact, it remains a paradox.

Capitalism then is an unforgiving unrepentant dogma that is beset upon itself. This so-called national improvement is ultimately self-defeating. It is so hungry for new markets and so thirsty for new labor (the cheaper the better) that it cannot truly define its end game. Its goal remains that of continued production, mass consumption, for consumption sake. Its final analysis is not final at all, it is more and more capitalism. Capitalism leads nowhere but to more and more capitalism. Primitive accumulation leads nowhere but to more and more primitive accumulation. The way the ancients imagine an ideology of this type is a hyena biting on its own tail. The prognosis from that imagination is nothing good.

Unless of course the absence of labor, the absence of cheap labor, the absence of markets, and the absence of cheaper and cheaper markets mean that the nations that insist upon perpetual economic growth and perpetual modernization will, by force, shoot into artificial existence, those very things they no longer have access. For nothing natural grows perpetually without the infusion of force. (Objects will remain at rest or in uniform motion unless impressed upon by imbalanced forces). That is nothing sustainable is in perpetually growth. Economic growth, modernization, industrialization, all under capitalism are not natural phenomena for this simple reason. They are not ideas the will produce economic frameworks of sustainability. Hence the statements, “Sustainable Growth”, “Sustainable Development,” and “Responsible Consumption,” are by definition oxymoronic. Another way to put this is they are moronic statements, however they are full of oxygen.

That oxygen, which these ideas need to thrive among the middle and upper classes in the “developed” and “developing” nations, is derived from the uncomfortable source of imbalanced perpetual warfare. That is the end goal of modernization and of economic growth, is no “advancement” at all. One can remain bamboozled (as one might wish) by the propaganda of war. But what remains is that the goal of Capitalism is perpetual war, unending war, and uninterrupted barbarism. To this end, the War on Terrorism might as well be correctly called the War for Capitalism. The War for More. The War for Unending Economic Growth. Or more succinctly, capitalism itself can be called even more definitively, the War on Maat (The War on the Perfect Word Order), i.e. The War on Sustainability. The War on Balance. For, this is the only way the paradox persists.

And it persists for a reason. By perpetual war, the global elite concentrate more and more power in their hands. During the tenure of the war on terror, in the last two decades, the increasing concentration of wealth in the hands of the few global elites have exacerbated at a terrifying pace. A few people now own more wealth than half of the entire human race. The global elite have become more and more absolutely powerful. Even then, one cannot be certain that more power will be be enough until they have destroyed the entire Planet as we know it. When the ancients imagine that an idea like Capitalism is a hyena biting on its own tail, what they pictured, and the prognosis of their imagination is nothing good; it is nothing wholesome. It is total chaos.

What is more terrifying is the blind fellowship of “developing” nations, particularly in Africa. Like self-improvement junkies, the elites of some African nations, harbor the need to jump at every new IMF or World Bank seminar, they read all their latest junk economic theories with glee, and they listen to all the podcasts of failed intellectuals spread among almost all economic departments in American universities. Some of these African economic doctors (those with actual English or American Ph.Ds in Economics and who are in government) hire real world economics coaches in England and Canada. They open up all their souls to these coaches, and talk about the trauma of their uneducated classes and the burden of that on the national economy—both real and imagined—and they parrot, stoop, and dehumanize themselves in order to obtain self-improvement tips from their fellow American and English junkies. The elite, the more educated than their ancestors (the Metha), especially in Africa, have this constant gnawing inclination that there’s some magical wand out there that the Yunkies and Queen Elizadeath wield that will create industrialized nations in Africa.

What’s utterly broken in Africa is the fact that our elite have yet to come to the bitter and painful realization that the only way to achieve one’s own potential (whatever it may be), is to become fully-fulfilled. That their various nations cannot become what they could truly become unless the Metha can learn to become self-actualized, that is, at some point they must stop trying to be Yunkies. They must come to appreciate the paradox of modernization, and with it they must come to appreciate the motivations for America’s perpetual wars.