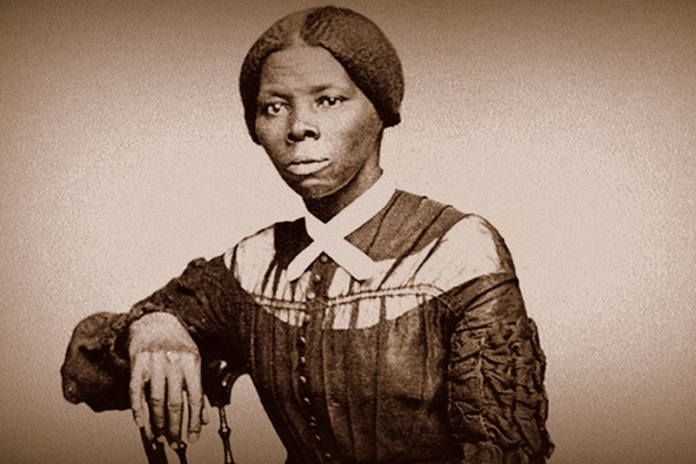 Only the Nazis in Hollywood can produce a movie about Harriet Tubman, using a dark skinned white woman director (Kasi Lemons), and still manage to make the African man the villain. It’s magic. It is witchcraft.

This Black man kills Black slaves for money to buy a bite of white whores. At the climax of the film, this Black man caricature nearly kills Harriet but for the white man who saves Harriet from the Black man.

All that means is this: The Devil is always trying to convince the people that he doesn’t exist. That is his stagecraft. That is the Devil’s witchcraft: The only trick he knows how to pull is to attempt to convince people that he does not exist. In Hollywood’s version of Harriet Tubman, the Devil hides, and the Angels are painted evil. It smacks of the reluctance of the Nazis of Hollywood, and those ones far beyond its walls, as in the Democrat Party and the Republican Racist Company, to stick to simple truths.

The United States of America is hounded by the wicked bovaristic imaginations, intentions and proclivities of a group of people who are unwilling to accept responsibility and face simple truths. There can be no reconciliation in the US because at its core, the nation is what it has always been: Anti-Black.

How would it look and sound if Africans everywhere wrote and made films about Jewish involvement in the Holocaust? If a movie showed a Jewish man helping other Germans arrest and kill Jews during the Holocaust, that movie would be banned in the US.

How then is this Hollywood version of Harriet Tubman allowed to fly through theaters around the US and worldwide? Because white Americans are by and large accepting of idiotic narratives of Black involvement in the chattel enslavement of Africans for centuries in the US, but these same white audiences would show the lack of a similar appreciation for Jewish involvement in the Holocaust!

The double standard goes to show the extent of the insidiousness of Anti-Blackness, not just in Hollywood but outside of it, e.i. inside the walls of the white house itself! This Hollywood version of Harriet Tubman feeds its white American audiences of the caricatures of Black-on-Black crime while it glosses over the narrative of the real persons behind Black suffering and enslavement: white America!

But even before the movie was made, most African Americans predicted this result. It has become common expectation among Blacks that white produced films of real events in America about Blacks cannot be trusted for historical accuracy. Certainly, this Hollywood version of Harriet Tubman is a shining example of white America’s inability, and reluctance, to face simple truths and take actual responsibility. This Hollywood version of Harriet Tubman’s life is simply a cookbook out of 1984: The lies are the truth, and the Devil is the Angel. Total coprolalial nonsense. We boycott the film!