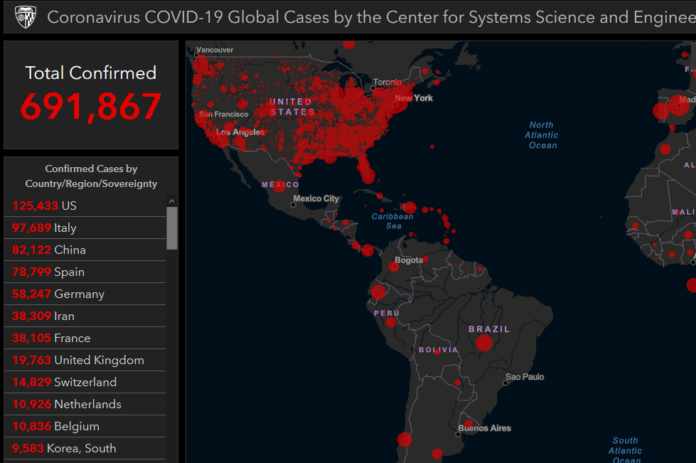 What is this US Competence?

Since the USA overtook China and the European nations in the number of reported cases of the worldwide pandemic, the Chinese virus (or better, the Hubei-Wuhan Virus), many critics are jumping on board to sing from the other side of their mouths.

One Harvard Professor—if professor that is—just stated that: “The worldwide faith in US competence has been one of its pillars for US Empire expansion.”

It is true that the US has expanded its violent imperial tentacles into other nations, especially into African nations, because of a perceived competence. A perception based on “faith,” a belief. But this perception, this belief, is falling on its head. It is breaking into Wuhan pieces, as many as the number infected by the Wuhan virus in the US.

The real question that these Harvard frat boys ought to ask themselves is a simple one: Was there any such Competence in the US to begin with?

During the Ebola epidemic in West Africa, just for instance, the US claimed that without its equipment, troops and expertise, Ebola could not have been defeated in West Africa. Most African scholars (including me), disagreed with that worldwide narrative.

There is no doubt that the US threw money at Ebola (by funding failing US Companies to supply close to trash to West Africa in a supposed effort to combat Ebola. It is not to say that US money wasn’t welcome in the fight against Ebola, but the ensuing narrative that the US cured West Africa of Ebola is utter nonsense. Far from it!).

Most African scholars insist, and will continue to do so, that outside of African doctors, more notably two Nigerian aid workers who prescribed age-old remedies to combat Ebola (a disease which patent is still owned by the US Rockefeller Foundation), plus the help of health workers from such notable nations as Cuba and Russia, nothing could be said of the $$money that the US throw at Ebola (well-meaning, nonetheless).

How do we know this?

Take a cursory look at the outbreak of the Chinese virus in New York City, and all across the US. A nation that claims the level of competence and expertise that the US toots around the globe has totally collapsed. The Chinese virus is spreading like wildfire in the US. In New York City alone, the narrative is that the Hubei-Wuhan virus (the Wuhan for short) is moving like a bullet train.

You have President “Ofunu” Trump (the man who throws dollars at health problems like a crazy televangelist from Mobile, Alabama) on the phone with Italy – begging the Italians who are already swamped with their own incompetence to supply the US with “over half a million” mouth swaps for testing for the Wuhan virus in the US. More, you have Trump begging the South Koreans for testing kits for drive-way testing in the US.

Now we see in a mirror, if even only dimly, perhaps, that as the rise of US to superpower status was predicated, not on their own exploits, but on the failure of other nations (especially African nations), it is also relevant to admit that the stagecraft that is US competence has also been predicated on the fabrication of lies. One thing the US has going for it, no doubt, is its ability to print money and force that money through the global threat of its Atomic Bombs on nations that are more civilized that it.

There was never a US Competence to begin with. Never! The Harvard frat boys can pretend all they want. They can sing from the other sides of their mouths all they want. It remains, US Competence is a perception grounded in lies. And perhaps, after the Wuhan passes by and away, that perception is going to evaporate into the skies, living only red dust in its wake.