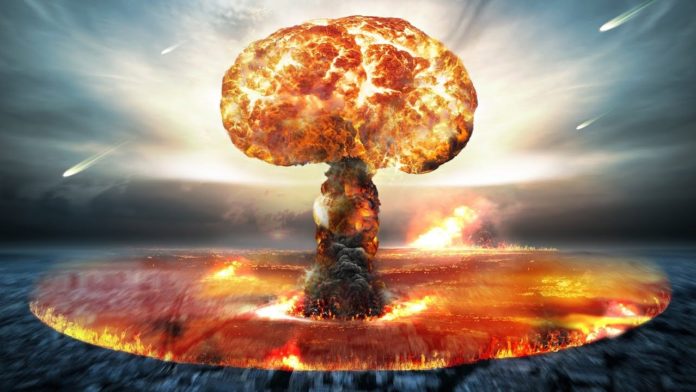 Growing up in my village, and in stories I have heard about the residences of others, people are universally weary of crocodiles. Though, by no stretch of the imagination do we persecute crocodiles; we maintain our habitat, and encourage them to do the same with theirs. We believe and truly hope we can coexist on these terms of mutual respect, collaboration (when necessary), and, most effective, distance.

After some time, however, we the people of the village come to understand that the crocodiles know no bounds. They cannot possibly honor the pact that we ironed out to guide our interactions. Perhaps they do not understand the terms we have laid out, but more likely, they could not adhere to these terms if they tried. It is against their crocodilian philosophy to do so. Their orientation to the world is that of predator and prey. They survive on their ability to feed on other life forms—as do we and other variants of life. But the crocodiles know no restraint.

We have crocodiles among us. Rogue nations unhinged are guided by philosophies of no restraint. They sink their predator teeth into other nations, far and wide. Their predator radar scans the entire earth as prey.

Even the crocodile, one might argue on his behalf, only attacks in hunger or in defense. Or unsuspectingly mistakes a harmless creature for prey. We can forgive the crocodile in his misunderstanding for gnashing an innocent being, for sometimes the crocodile cannot distinguish the difference.

Rogue nations unhinged, on the other hand, understand their actions to commit bloodshed and killing. They care not if beings are innocuous.

There is no mistaking the actions of the human hand that willfully and repeatedly strikes a dagger in the heart of other beings. The poisoning of water sources, the slash-and-burning of rainforests, the skinning of elephants, the hunting of tigers for sport, the enslavement and mutilation of human bodies, and more—all for the pursuit of money and power—are the quotidian practices of rogue nations unhinged. They are crocodiles among us—but worse, for they know precisely what they do.

Today we commit a grand misnomer when we regard the rogue nations unhinged: a natural result of economic progression. Kindly, might we be reminded that these very rogue nations possess an irrecoverable morass of moral decay at their origins.

These nations have not become unhinged over time. Rather, human injustices are present at the onset of unhinged nations. From there, the rot only progresses through predatorial stages—philosophies of peonage, of slavery, of debt, of gross inhumanity, of neglect and gross misconduct to Mother Africa, to all Life Forms and to Mother Earth unravel in an unhinged manner.

When rogue nations are unhinged, we only excuse their long-standing behavior by highlighting their present state. But we should always remember they are exhibiting a recurrent trait—sometimes even, the hideousness of their past indeed trumps their horrific present.

Rogue nations unhinged provide us with crocodile tears, moistening their eyes in order to lure their prey. They masquerade as prey. As they feed upon their prey, they claim to be the grieving victim.

This false sense of sincerity can be deceptive if we forget, if we mistake those tears for weeping. Yet, those tears are not for crying.