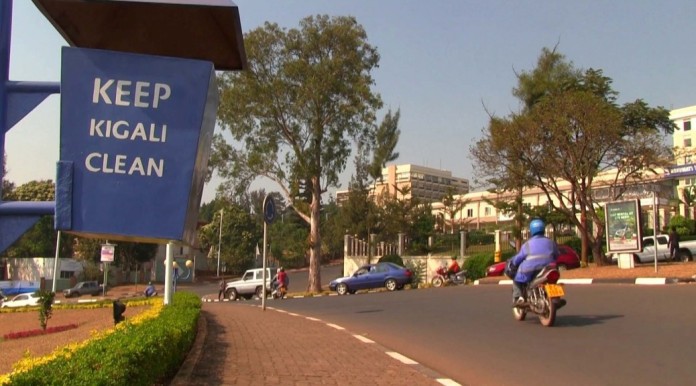 ACCRA — African countries who have not been affected by mass political and social unrest like to believe they are peaceful and nonviolent. They are very often hailed by the international community as models for others who have seen violence, especially in sub Saharan Africa. This idea may be a delusional trip that needs to be seriously looked into. Ironically, violence in these so called peaceful countries is not completely absent and unlikely as the socioeconomic conditions of the people continue to worsen.

One important thing that these group of countries need to realise is that if they should plunge into violence, they are likely to come out worse off than those who have for over a longer period of time, seen violence in past. Short term unrest and violence in countries like Rwanda, while one would always wish it had not happened, has paved the way for stronger civil society and a prosperous economy. Whereas a country like Ghana continues to tolerate corruption in the form of long seating colonial pacifism and yet claims to be a peaceful nonviolent country.

I am not making a case of pointing the positives in Rwanda or countries like Nigeria where Boko Haram is violently displacing and killing people but I also do think it is naive if not completely disastrous for Ghanaians to think they are better than other African countries just because they endure hardship and foreigners, especially Europeans, can walk freely in the country and go back and praise them. Further along this line, we generally should not advocate for violence but if it becomes inevitable, we would definitely prefer it as a system changing shake-up: a short term with a clear political agenda, paving the way for a new violence-free and prosperous future. But this dwindling pacifism or nonviolence, which allows outsiders to freely take resources while the people suffer the harshest economic and social hardships and the leaders are tapped on the shoulder with a bogus tag of being the most peaceful and nonviolent people, continue to get people drunk.

Being peaceful and nonviolent to me, means a conscious attempt at a commitment never to initiate violence in any situation or in any form, which always means there are other alternatives in place for solving the same set of problems that one does not wish to solve with violence. Furthermore, having said that, in a situation where violence, be it psychological, physical or of any kind is used against me, I should always retain the right to respond appropriately in self-defence, to the best of my ability. Now though it is clear that appropriate response is often hard to measure, what is important here is that I seek not to disproportionately use more violence than was used against me, especially in the context of the same neighbourhood with small arms involved.

However, this is only possible if the leaders understood the principle of Mutual Assured Destruction (MAD), which unfortunately, leaders of African countries do not understand; hence their ability to indiscriminately procure small arms. To understand MAD means to know that procuring small arms inevitably means you can only fight your immediate neighbour and you will not be free from the consequences too because either you could receive tons of refugees or some of the people you provided arms for may defect to fight you.

Though I argue that the Ghanaian has been pacified by colonial taming and grooming instead of his/her self-possessed nonviolence, I am not saying that nonviolence is better than pacifism or vice versa. In fact, they can both be applied positively or negatively. Over the past centuries of political struggles in various parts of the world, the difference between nonviolence and pacifism has come to be fundamentally characterized as nonviolence being a strategic and/or tactical resistance and response to state induced violence while pacifism has come to mean a sort of principled or philosophical vision or decision not to resort to violence. What further describes the differences between the two is that nonviolence is understood and applied more reactionary or in resistance context while pacifism is understood and applied in a preventive manner.

Herein lies another defining difference between the two, which underpins the issue concerning countries like Ghana. That is, while people may choose to be pacifists, one can also be pacified both physically and mentally by an exogenous factor-such as various forms of colonialisms, which is the case for countries like Ghana. Pacifism can simply be induced by a brainwash underlined by a deep seating fear of agitation, self hate and love for an outside party that may even be contributing to one’s own deprecation. Therein lie the defining argument this piece rests on.

Ghanaians, often cited by the international community with little flattering complements of how mostly the country has over the past half a century, recorded relatively low account of politically motivated violence. The relevant question here is: have Ghanaians chosen by themselves, not to resort to violence in their bid to solve their continuously deteriorating plight? Colonial indoctrination and years of violent coup de tats have instilled fear of violence of all kind in the people. It has pacified Ghanaian people into thinking any kind of resort to use of force must be rejected. However, there are several ways that force or just threat of its use, can be used to achieve a lot.

Slavery, colonization and military violent power takeovers of post independence Africa are all part of the pacification process because after instilling in them the idea that Europeans are near-God creatures against whom they cannot expect anything else than good, they were taught that they can only solve their problems or get the best out of their children by using the whip. In essence, they are not nonviolent but rather, colonial thinking has stratified their thoughts to apply violence only when it does not serve them right. Think about how an army officer or a police officer can just walk into his own community and maltreat people while he is ready to do everything, including lay down his own life to save a visiting tourist from Europe.

Similarly, even if the a Ghanaian, Togolese or Nigerian want to go on a protest match, the amount of force the police is ready to use against him makes the idea that Ghanaians are nonviolent laughable. In reality, the people are violent, what they cannot do is to collectively channel it to their own benefit. Over the years, deterrence has proven over centuries to be a potent force in achieving political ends.

The mindset allows them to militarize but it only allows them to think of small firearms and not intercontinental missiles; thus allowing them to use pockets of violence on a micro level against their brothers and sisters and not against any real outside threat; an extended colonially imposed pacifism that allows former colonial powers to siphon wealth and natural resources out of the country.

In 2013, an US filmmaker made a documentary film about how weak small players of the Texas oil industry have been cheating Ghana since it discovered oil. Rachel Boynton’s film “Big Men” revealed alarming deals and images reminiscent of colonial days. Ghanaian “Big Men” who only scream on their loyal wives at home, being subjected to horrendous deals that allow young western tycoons to take the wealth of Ghana with no consequences whatsoever. What they have then tended to call their resort to nonviolence in reality, turns out to be a serious trivialization of the harm done to them over a longer period of time.

They fail to see the irony and confusion involved in their quest to become rich like western nations. For example, a country like Ghana has moved to the brink of collapse within a short time of having reached unprecedented economic growth. This irony and confusion in the country is underlined by the fact that while they claim to be practicing western type democracy, conservative look-alike parties provide some “decent” social initiatives the country has seen in a long time while the social democratic tending parties stifle the poorest of the population and rid them of rarest subsidy provided by the conservative look-alike.

How do you expect to achieve anything with nonviolence here when even a protest cannot be organized without being aligned to political parties; parties who are more confused than the masses? On a short term, it’s good for the people to keep telling themselves that they are peaceful and nonviolent while things continue to remain in its deteriorating nature.

But for how long? On a long run, one can only wish and pray that since systems have the ability to evolve on their own, the evolution in Ghana’s case, or better in Africa’s case should lean towards the positive (i.e. the knowledge of self). Hence as passive and pacifist as the people have become, any sign of a revolutionary change will merely kill scores of people and turn back to a similar situation, maybe even worse, in its mediate aftermath.