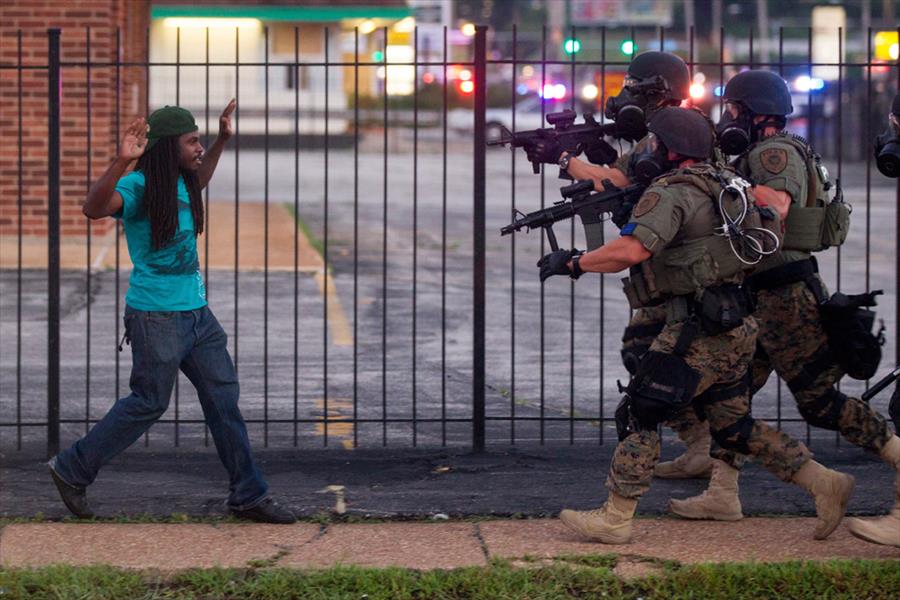 To all of whom I say, liars!

Let’s be clear, and that means we should be direct so that we can solve the problem of European primitivism. Or is it not barbarism?

Apart from the most recent heinous act by a white race soldier (law enforcement officer, or policeman, or cop), who crucified George Floyd, let’s take a step further back, just only some five years ago and appreciate the point I will make shortly. Take Ferguson, Missouri, where Michael Brown, a Black boy of only 17, was shot dead by another white policeman, race soldier, for absolutely no law enforcement reason.

Ferguson was more than 65 percent African American demographically, but its police force of 58 officers included only 2 African Americans. How? That was “sign” of racism – an institutional one, of course! That Ferguson Police Force were not your regular white rednecks gallivanting the town looking for Black people to shoot and kill, or maybe they were and the Black people there couldn’t do anything about it.

Now, throw in the weapons to these racist race soldier cops occupying these Black communities: all weapons, baring Atomic Bombs alone. Further, add in the armored vehicles like the ones we saw in vigilante footage during the Ferguson protests, and what you have is no longer “Institutional Racism.” You have what we call a white race military force, a battalion of race soldiers in America masquerading as Peace Officers in Black communities.

In America, the Conservathieves, the Libertards and the Liberascals would like to believe that Racism kills Black people and that a stand against racism is just enough. They have even coined a name for themselves: Anti-Racists. There you have it. Liars. Imbeciles. Jokers. Unrepentant buffoons. White people kill Black people. Fact.

Hence the paradox of America. America being Judeo-European, there’s only one consistency about its imagination, founding and constitution—Anti-Blackness. No two ways about it. And so when some white people claim, with excitement, that marching with #BlackLivesMatter is the change we need, one needs to curb that enthusiasm for good measure. Because, what they really mean is that “Racism,” the straw-man in the room, is the culprit, not white people.

To solve a problem, you must first define the problem. Better yet, to solve a problem completely, you must first define the problem completely. “Racism,” institutional or not, does not mean very much of anything, except to crudely describe and actually mask the violence (with impunity) visited upon Black people by white people every day. Simple as that. It is not “Racism” that murdered George Floyd, Michael Brown, and the endless list of victims of this Judeo-European primitivism. It is white people! White cops. White race soldiers. Simple.

What I mean is that, we cannot discuss a solution for racism without discussing the violence of the same white people with hoisted #BlackLivesMatter banners. Else we march against an evasive enemy. An enemy whose existence continues to elude concerned Black people. An enemy without definition! Which is the entire point of the stagecraft of whiteness. However, our point should be simple: Racism does not kill. White people kill Black people. The point.