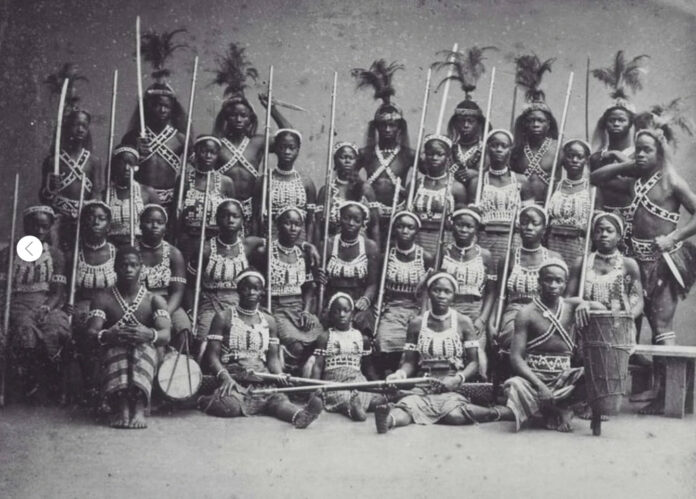 More often than not, many Black people around the globe, in Africa and also in the Diaspora, would read about certain “notorious” kingdoms in West Africa that supposedly engaged in the kidnapping and sale of peoples of other ethnic groups, especially during times of war.

You would often read about the Asante Kingdom and its raids into neighboring Akan villages belonging to the Denkyira, the Akyem and the Akuapem.

Perhaps, no kingdom on the West Africa coast has been painted as more notorious in its mentality of war and religion than Dahomey. And for many people who read about chattel slavery from the West African coast, Dahomey has been painted as a beast, a warrior nation built upwards only for war, for the capture of people and for the sale of these people into chattel slavery.

In the case of Asante, even Yaa Asantewa’s war has been painted by certain acclaimed historians as a war to re-establish Asante’s slave trade routes to the coast. Nothing could be more insidious and stupid! Yaa Asantewa’s war was only to root out one evil from Asanteman—the same evil that has been responsible for much of the turmoil on the West African coasts: The Abrorfour! The British!

Dahomey’s case is also not difficult to make. But, of course, one has to be willing to see through the chaff, the misinformation and disinformation that has engulfed the entirety of Dahomey’s history. Is it true that Dahomey sold captives into slavery? Yes. Except, that is an infantile assessment if one were to leave the narrative there. What is the point of history if not to give the narrative the proper historical, economic and geopolitical context within which it should be understood?

For instance, is the Middle East a region that is today stooped in barbaric violence, one after the other? Sure, but to give that answer without the necessary geopolitical and economic context of western imperialist nations, particularly the warring proclivities of the United States of America, as the source and guarantor of the violence in the Middle East, will be idiotic.

Make no mistake, western nations were the sources and guarantors of the terrorism of slavery that befell the hitherto peaceful West Africa. How come the Asante Kingdom had no need to attack the Ewes up until at the height of the slave trade?

How come the Gbetto warriors of Dahomey had no need to raid enemy towns and villages in Oyo and beyond until at the height of the slave trade? Even more specifically, how come Dahomey and Anlo for instance, did not find a reason to build up their military prowess until it became necessary at the height of the kidnapping and sale of peoples by terrorist groups?

These are the questions, and the context, which African historians, if they have any brains, should rather assess and narrate. However, most of our African historians, because they are western educated, and are educated to hate nothing, but themselves, are busy memorizing the Judeo-Christian narratives of European imperialist historiography of West Africa. This is what they are taught, and ultimately this is what these African historians must regurgitate to pass their “hard” examinations in school, and to further their inconsequential research in academia.