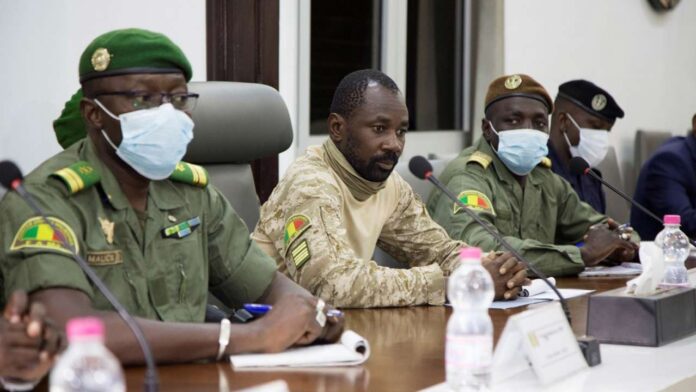 Why are so many invested in making sure that Mali’s new Military Leader (by coup), return the country to Civilian Rule?

How then are the corrupt civilians any different from the corrupt military leaders? One has a gun and the other does not? This is not even true. The civilian ensures and maintains his/her rule through the gun. (Some are shocked, but we live and learn!)

Others will say that we vote for civilians, we don’t for military leaders. Sure, in what way is voting in a Duopoly any more satisfying or liberating than not voting at all? Is it the act that shrouds the minds?

I agree to this extent with Noam Chomsky when he writes that [civilian] government is the shadow cast by monied interests.

Are we so fooled by the oxymoron of “civilian rule” that we cannot see the hypocrisy when the corrupt civilian governments of West Africa (urged on by the Euro-American handlers) gather to force the hand of another country to return to civilian rule?

Civilian rule only means as much as to coax you into believing it is better than anything else. But, it isn’t. What most are unaware of is that The Global Monied Interests, aka the Euro-American Empire, has succeeded in manufacturing public consent for our own demise.

Civilian government or not, that is not the problem. The problem is that we are beset upon by Economic Vultures from Euro-America who are prepared to support any system that enhances and facilitates their looting and piracy in Africa.

We should be more concerned about how to solve this problem and not be fixated upon the fine manufactured-educated doctrines of the processes we are asked to maintain.

The only sad thing for me to see is that most military leaders who come up in West Africa, including this one in Mali, have not been intelligent enough to add a bunch of Warrior Mothers to their staff. That would be interesting! Or would it not?