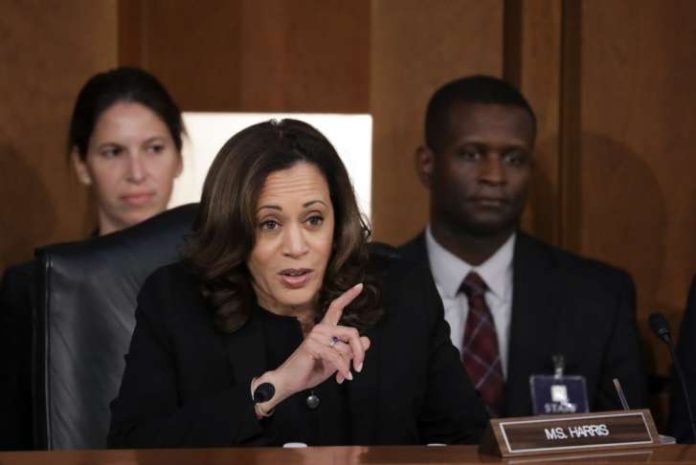 Why is this rocket science?

The nature of white supremacism is that it knows it commands barbaric forces that it will unleash on those who dare challenge its paralogism. The reason we do not debate Jewish Reparations (but debate ADOS Reparations) is simply because Jews are white people, in the same way that Germans are white and they altogether wield barbaric forces. ADOS are Black people whose descendants were kidnapped from Africa through such barbaric forces. Israel still receives reparations (some $50 Billion per year) from a country whose primary wealth was built on the backs of chattel slaves from Africa.

And when the question, which is indeed a moral one, an ethical one, arises about Reparations to ADOS, we have to sit and listen to the Irish-Indian American woman vying for the DNC candidate, Kamala Harris, berate the issue with the nonsense of the “All Lifes Matter” mantra. Who said Kamala shouldn’t help all Americans? Isn’t this the reason why she wants to be president? The question is, do you support the very idea of repairing the gross barbaric atrocities committed against enslaved Africans (by Europeans) for centuries in America or not?

And her answer, in one recent interview, emphatically, is a “No. Because whatever benefits that Black family,” according to the Irish-Indian American woman, “will benefit that community and society as a whole and the country, right?… So I’m not gonna sit here and say I’m gonna do something that’s only gonna benefit Black people.”

The paralogism is as follows. She claims helping Black people helps everyone, except that she cannot specifically help Black people. Why won’t giving Reparations for ADOS help other Americans? Are ADOS going to hide their new wealth in off-shore accounts (like wealthy white American do) away from every other American? Still, Kamala Harris, the Irish-Indian American woman, who claims that she is Black, will not support Reparations, because it is too specific to Black Americans. Another way to put this is that she will only support policies for white Americans which might also trickle down to African Americans. When it comes to helping people, only whites matter, and it is only from here that trickle down must work. Not from the Black family downwards. You understand? That is the very definition of white supremacism.

At the point of her non-answer for ADOS Reparations, the question should have turned: Are you going to continue to dish out billions of dollars of American tax payers’ monies, every year, specifically to benefit white people (Jews) in Israel? But alas, I wasn’t the interviewer. What the issue keeps springing up, and what the non-answer to the question of reparations to ADOS shows in our faces is the humble, humiliating understanding that the world is actually ruled by barbarians, who have no respect for ethics or for morality.

The humble reality is simply that the American Empire, born out of the terrorist British Empire, is no civilization at all. Far from it. This is the same old western European barbarism, true and true, globe-trotting its violence in broad-day light. The only difference is that we have Africans, now in the diaspora, with some modicum of morality from their long lost African civilizations, challenging the highfalutin immorality of the European global experiment after all. Only time will tell.