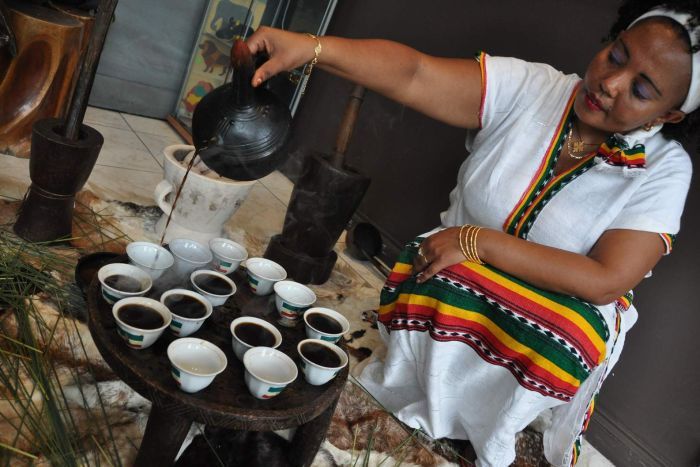 Ethiopia ranked first among top 10 coffee growing countries by a group of 11 roasters and writers.

The experts ranked Ethiopia the best coffee growing country with 25 points, while Kenya and Colombia stands second and third respectively with 12 and 10 points.

Ethiopia is the genetic birth place of Coffee Arabica, which has been growing wild and harvested here for millennia, he said.

“Every time I drink coffee from Ethiopia, I can’t help but feel that this is how coffee is supposed to taste and everything else is an imitation, a copy of a copy, changed in some way inadvertently because of genetic drift or changing climates,” he added.

He acknowledged that there are many unclassified coffee varieties, which he said contributes to the ‘uniqueness of the cup character.’

For Ethiopia to produce ‘great’ coffee every year is because ‘it’s truly the birthplace of coffee’, according to Sarah Allen, editor of Barista Magazine.

She stated that it is native to Ethiopia means its producers ‘rarely contend with problems that can overwhelm’ coffee growers in Central and South America (where coffee is not native, but rather introduced).

She mentioned the recent example of the coffee-leaf rust that has plagued Central America this past year and wiped out thousands of farms.

“Because coffee is native to Ethiopia, it rarely incites climate or disease-born chaos. Coffee still grows wild all over Ethiopia, and there are thousands of undiscovered varietals in Ethiopia.”

“Specialty coffees from Ethiopia are known for their syrupy body, which is a result of the dry processing method still popular with Ethiopian producers, in which the coffee’s cherry skin is left intact. This process also lends the coffee an exceptionally fruity and floral character,” she said.

The largest producer of coffee in Sub-Saharan Africa, Ethiopia is the fifth largest coffee producer in the world next to Brazil, Vietnam, Colombia, and Indonesia, contributing about 7 to 10 percent of total world coffee production.

Coffee production is important to the Ethiopian economy with about 15 million people directly or indirectly deriving their livelihoods from coffee.

Ninety five percent of Ethiopia’s coffee is produced by small holder farmers on less than two hectares of land while the remaining five percent is grown on modern commercial farms.