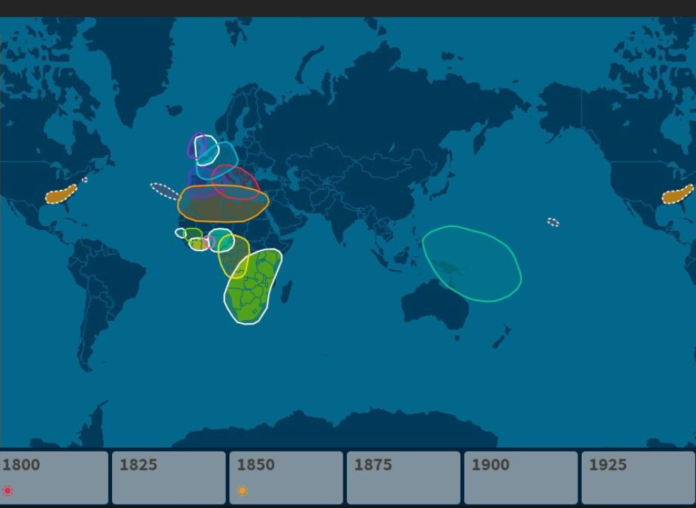 If you are Black, never allow your genetic material to be sequenced. If you are African, never allow your DNA to be sequenced. If you are an African Government, never allow European-American companies to swoop in and sequence the genetic materials of any individuals or groups of individuals for any reason—not even for their fake research projects. In fact, if you are an African Government—that is made up of thinking and sane men and women—make it a heinous crime of humanity for any person’s DNA to be sequenced within your national borders. The punishment of which must come by the electric chair. If you are Black and you live in a white supremacist nation like in the United States of America or Brazil, protest, dispute, and avoid companies that lure you, and other people of African descent to sequence their DNA.

The reason is simple. This is something you cannot dispute. There’s no benefit to Black people or to Africans for allowing strangers to know who and what they really are. It is not necessary. Indeed, it is to your detriment to have or allow your genetic material to be sequenced by white supremacist institutions. (Although they do not proclaim that they are. Why would they?) But our history as people of African descent serves us several examples, the prominent one of which is the narrative of what happened to the Ancient Mali Empire after Mansa Musa partook in a pilgrimage to Mecca. It is said that Mansa Musa performed so much philanthropy on his way to Mecca, and in Mecca in particular that all others, all peoples of other nations, rather than appreciate the King of Mali’s generosity, rather decided to hate him; they decided that rather than love him, they would hate Malians and hate Ancient Mali. Consequently, the other Muslims, beneficiaries of Mali’s good will, decided to invade, loot, destroy and burn the Mali Empire to the ground.

The lesson: Your African philanthropy begets only violence from others.

Take for another ensuing example. Look at what has happened to modern Ghana in the last four hundred or so years. It took a few kings of the present day Ghana to acquiesce to the so-called benefits to English civilization. As it turned out, the English did not drop to Ghana for the sake of civilization at all. They had swooped in from England, stooped in English barbarism, proper, but cloaked in sheep’s skin and were ready to dismantle yet again a peaceful, benevolent, and generous nation in West Africa. Although several of Ghana’s elites, like Nana Yeboah, were critical of the acquiescence of African kings, and amply warned their kings against the Pecksniffian European missionaries, our kings refused to listen. What ensued remains for posterity to judge. From out of today’s Ghana came through more than 90 percent of kidnapped Africans brought into the Americas in what atrocity to humanity we now call the American Chattel Slavery (or Kunyowu, “Death Is Better”). Ghana, as a result, suffered many centuries of terrorism and plunder under various European kings. The story of Ghana is no different from other African nations. And the story of Blacks in Africa is not different from that of Africans in the diaspora.

Today, the new missionaries from Europe-America, who call themselves “Scientists,” again swoop into our midst with yet again their own scientific mission. And what must we do? Acquiesce? Show them yet again our African benevolence? Accept them as humans?

Absolutely not. Today, European-American scientists gallivant the continent of Africa, buoyed forth by the stolen wealth, the loot, of their capitalist pigs in Monsanto, the US Federal Government, the Merinda-Bill Gates Foundation, the Clinton Foundation, and the Obama Foundation, and entreat us to sell our birth-rights to their genetically modified crops (GMOs). In essence, what they require from us is to sell our future and eat our own children as a prerequisite to becoming acceptable to their English barbarism. What they require of us is nothing but to sell our human rights to grow our own food, and to sell our human rights to be able to feed ourselves—when we can, what we can, how much we can, and wherever we can—to their violent capitalists. What they require of us is to borrow money from their dirty, blood-stained, blood-thirsty hands, called Banks (IMF, Word Bank, NGOs, etc.), in order for us to live like human beings. What the American-European missionaries of today, the Scientists, are selling to the African elite, to our leaders, yet again is the noose for our total enslavement.

But nothing is complete without the voluntary actions (without the revolution) of the individuals themselves—even the ongoing lynching. African leaders may sell the continent to Europeans and their American cousins, but even that will not be complete without our individual voluntary surrender of our human rights and our dignity to the white supremacists. And that is the crux of the issue of DNA sequencing.

Who owns the DNA material that makes a human being after it has been sequenced? The answer, the company. Who owns the genetic material that you pass on to your children after you’ve allowed the Caucasian American and European companies to sequence it? Now, the answer is simply the European-American company, the white supremacist lab. To be precise, the elite capitalists of European descent own all DNA materials sequenced. As you walk into a laboratory to have your DNA sequenced by Europeans or Americans, what you are truly engaging in is a sale. A sale of yourself. Not only that. Worse, you engage in the sale of your children, your grandchildren, and your great grandchildren. You sell your own future, precisely the ability to make your future how you deem fit.

What I understand is this. I understand that for Africans in the diaspora—whose original narratives of which African nations they belong to have been violently stripped off by their European kidnappers and enslavers—there’s the desire to know where one’s ancestors originated from inside Africa. I empathize with the sentiment and the existential need to know what information may be available in the DNA material about one’s origins in Africa. But the act of knowing itself, on one side is a blessing, and on the other side it may be the final curse. The curse here is that once your DNA is sequenced by that White Supremacist Company, which is what American-European scientists and their science and technology companies truly are, you can no longer have control of how your genetic material can be used, propagated, and owned. You will have no human rights over your own offspring, and you will not have the ability to tell your children—made in your image, inside a lab—who they really are, or where they come from. Your DNA ceases to be African. It becomes the property of Caucasians. It becomes the property of white supremacists. This must trouble any Black person, this must disturb any African who previously had thought about sequencing their DNA material in a white supremacist lab or with a white supremacist toolkit.

Knowing that you a person of African descent is more than enough, if the alternative is that you must sell your biological material, through DNA sequencing schemes, to people who partly hate and partly despise you for being African!