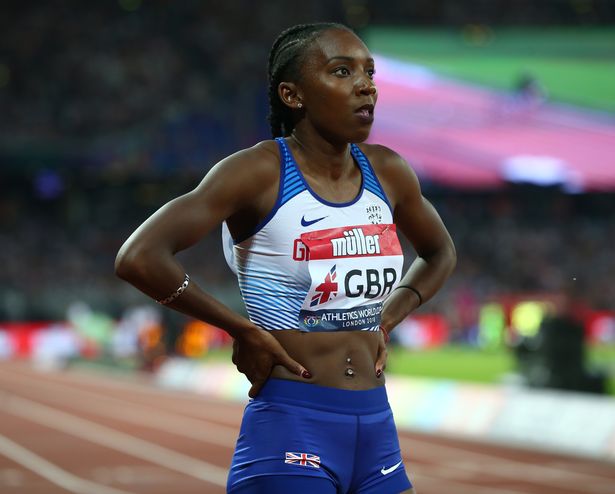 Black sprinter, Bianca Williams, has been sent an apology from the British Met Police (Police service for the Greater London area), after she and her partner were pulled over in their car in an illegal stop-and-search.

Ms Williams’s three-month-old son was also in the car on Saturday when it was criminally stopped in Maida Vale and illegally searched.

Earlier, when Ms Williams and her husband raised concern over the criminally violent behavior of the cops during the stop, the British Met White Supremacist Forces (the Met Police) issued a strong statement to the British White Supremacist Media about the necessity of the stop and they doubled down on its legality (that they saw nothing wrong with the stop after reviewing footage of the event).

Now that the said footage of the stop has gone viral, the Met Police are changing their white supremacist tune, albeit revealing their shrouded disgust of being forced by the world, outside of whiteness, to make an apology to a Black family. (You ever wonder why the white supremacist enforcement arm of the west only issues apologies when videos of its barbarism goes viral?)

According to the white woman commissioner of the Met Police Supremacist Service (MPSS): “I think all of us watching could empathize with somebody who is stopped in a vehicle, who has a young child in the back, who does not probably know what exactly is going on, and is subsequently found, together with her partner, not to be carrying anything illicit.”

The white woman commissioner said she has asked a senior officer to review the Met’s handcuffing practices to make sure it hasn’t become a “default”, and has set up an “oversight group” looking at the use of force. “Every time we see a video that is of concern we review them, we see if there are any lessons to be learned,” she told MPs.

Which means nothing is ever going to change about the British practice of utter violence towards Black people.

Don’t be fooled or surprised when The Chattel Plantation Masters in the west busy themselves talking about scheduling and taking Racial Sensitivity Classes and enrolling in Racial Bias Training so that they can better relate to the Black people they have terrorized and enslaved for centuries on the same plantations.

There’s always the wink when white supremacists are caught on tape in the act of whiteness by the outside world. The wink that there’s no need, as they would often insist, to shut down the plantation and desist from terrorizing Black people. The focus that these white plantation masters—like the white lady Met Police Commissioner—want is about how to run a better plantation with better slave-master relations.

This is, in sum, the paralogism of Euro-American Democracies and the nature of the entire hard-headed proclivities of whiteness everywhere on earth. It is as impudent as it is crass. The British or American Law Enforcement institutions, in fact their entire Injustice Systems, are heavily making the claim for “oversight groups” looking at the use of force against the Black people who they partly hate and partly despise for absolutely no human reason.

Don’t be fooled. When white supremacists repeat such memes, be rest assured that they go back to their dining tables, where they dine with forks and knives made from actual silver, and plan their next acts of genocides against Black people.

The public institutions in the west have developed a public relations apparatus to window-dress their violence against Black people. They are never about stopping and building an equal and just society, they are about ensuring that their Anti-Black violence is window-dressed enough to prevent the large masses of Black people from revolting against the western injustice systems all across the earth.