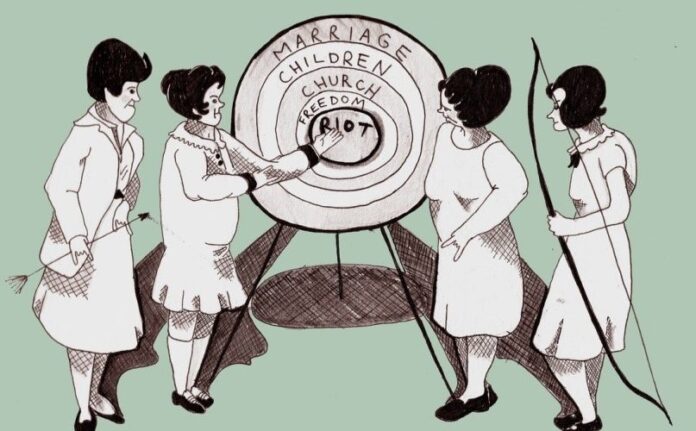 Too bad for all of us when common sayings like women’s rights have been hijacked by modern day feminists. I am indeed a big advocate for women’s rights, but feminists would have you believe that the shape of how rights and citizenship appears for women is a one-box-fits-all solution rather than a malleable package that takes different forms depending upon the specific culture and context. Of course, women’s rights to do not need to be defined for the entire world by one group of people, but that is how some women present such concerns to us all.

Women’s rights looks like something totally different to me and I would like the space and freedom to articulate what that is without someone else’s experiences being shoved down my existence as if they were my own. I maintain the usage of the phrase as it relates to my advocacy and background rooted in a more traditional culture. Women’s rights in this sense are fairly basic in comparison to their modern counterparts yet, because they are often unspoken, they still remain largely obscure.

Modern women seem to be so focused on scaling the tallest mountain that their men have climbed or holding their breath under water as long as their men have done or purchasing pantsuits from the old boys’ store and lobbying to have the store include sizes that accommodate women’s curves.

In my village, we do care deeply about the experiences of women. Our conversations are just very different. Some of these conversations might seem obscure and uninteresting to modern women. But I wonder why women who proclaim their love and unflinching support for their fellow women opt to chase men’s lives instead of advocating for the very basic needs of women.

If most women menstruate, for instance, why don’t vocal women’s rights activists scream from the mountaintops that sanitary products should be free? If there is a gap in money between men and women (which I am not sure there is but I have heard women discuss this issue) why don’t they tell our governments to provide sanitary products for women at no cost? It certainly is unfair that women have to spend money on these products, so here is a way to do away with that extra expenditure—and in the process support poor women for whom every purchase is a toil.

There is also the women’s right to feed.

It is a medical certainty that breast milk is best for children, well over and above formula concoctions made laboratories. So why then do modern women not vocally advocate for women’s rights to breastfeed their children? Naturally this would include women’s rights to stay at home when they have infants while being fully compensated by their governments to be away from their place of work for at least six months (with six months being the duration medical professionals recommended for exclusive breastfeeding) while they attend to their young ones.

These issues appear rudimentary enough for civilized societies whose residents care about women, children, and their own posterity. For modern women who so loudly shout out women’s rights in other dimensions and spheres of life, why not push governments to place a heavy hand on the right to menstruate and the right to feed without bearing the financial burden?

Modern Eggs: How They Come To Fix Our World Too.