Home The Americas BernVictims’ Eulogy For A Dying Revolution 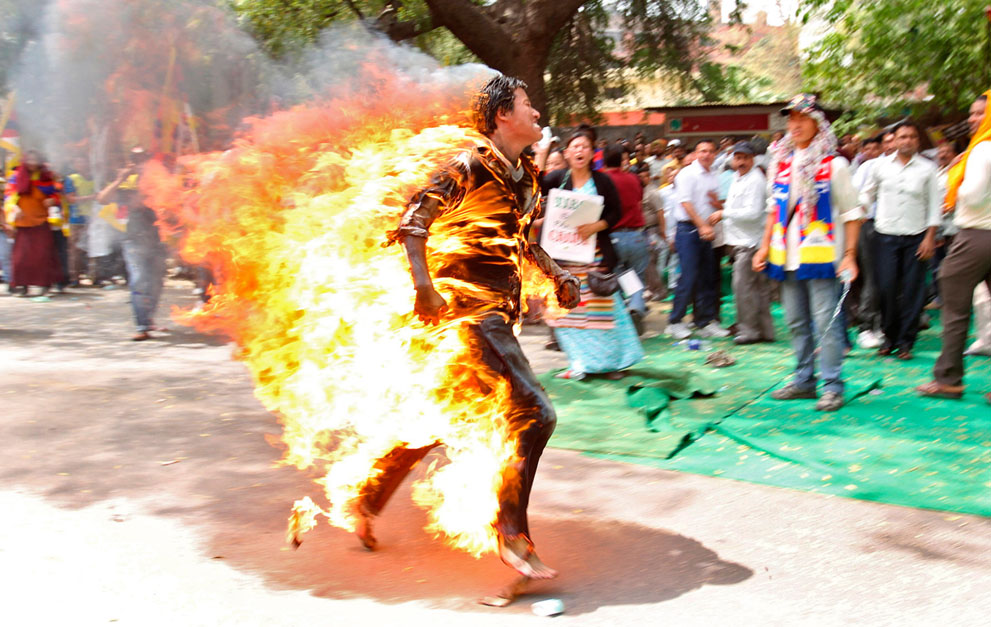 PORTSMOUTH, New Hampshire, US — Not long ago, millions of US residents felt the Bern that was Bernie Sanders. Months earlier, Sanders was a relatively unknown Senator from Vermont who called for political change. He aimed to rob the rich, to compensate the poor. He called for revolution. He vowed to lead that revolution.

But those words— like many others were, are, and forever will be—were just a mirage. There is no eternal savior, no oasis in the desert, only a delusion of hope and change. (Thanks to Obama, another Democrat, those words will never sound the same.)

Upon this endorsement, Sanders supporters changed their signs from Bernie Sanders to BS.

In the aftermath, millions of US residents have been admitted into local hospitals. The Bern felt good before those words of Hillary Support were uttered. But now they are suffering from third-degreeBerns. They are BernVictims.

The Berns, raw and excruciating, spread rapidly as former supporters read BS explanations about why he endorsed Hillary Clinton.

BS: This election was never about me or any candidate. It was about the powerful coming together of millions of people to take their country back from the billionaire class.

BernVictims: You mean the billionaire class that Hillary Clinton supports?

BS: There is no doubt that the election of Donald Trump as president would be a devastating blow to all that we are fighting for. His openly bigoted and pro-billionaire campaign could precipitate the same decades-long rightward shift in American politics that happened after the election of Ronald Reagan in 1980.

BernVictims: What about Hillary Clinton’s pro-billionaire campaign. Haven’t you seen her donors? Didn’t you call her Ms. Wall Street?

BS: That rightward shift after Reagan’s election infected not just politics as a whole but led to the ascendancy of the corporatist wing of the Democratic Party – an era from which we are still recovering.

BernVictims: The corporatist wing of the Democratic Party led by Bill Clinton and lobbied for by Hillary Clinton? So Mrs. Clinton is supposed to help us recover from something she and her husband started? Right…

BS: I cannot in good conscience let that happen.

BernVictims: What can you do in bad conscience?

BS: To have all of the work we have done in elevating our progressive ideals be dashed away by a complete Republican takeover of Washington – a takeover headed by a candidate that demonizes Latinos, Muslims, women, African Americans, veterans, and others – would be unthinkable.

BernVictims: I guess the term “super predator” isn’t demonizing enough for you?

BS: Today, I endorsed Hillary Clinton to be our next president. I know that some of you will be disappointed with that decision.

BS: Hillary Clinton released a debt free college plan that we developed together which now includes free tuition at public colleges and universities for working families.

BernVictims: Free tuition. Does that mean room and board will be doubled?

And define: working families.” Does part-time work count? What about people who cannot find work? Like those 51 percent of African American unemployed youth who you always talk about. Would those communities qualify for your debt free college plan?

BS: The truth is our movement is responsible for the most progressive Democratic platform in the history of our country.

BS: Now more than ever our country needs our movement – our political revolution.

BernVictims: What part about Hillary-Clinton-can’t-lead-a-political-revolution do you not understand? She can’t even keep her emails straight!

BS: On a personal note, I cannot say with words how appreciative Jane and I are of the kindness, dedication and love we experienced from so many people across the country. We are deeply touched by it and will never, ever forget it.

BernVictims: Can I have my 27 dollar donation back?