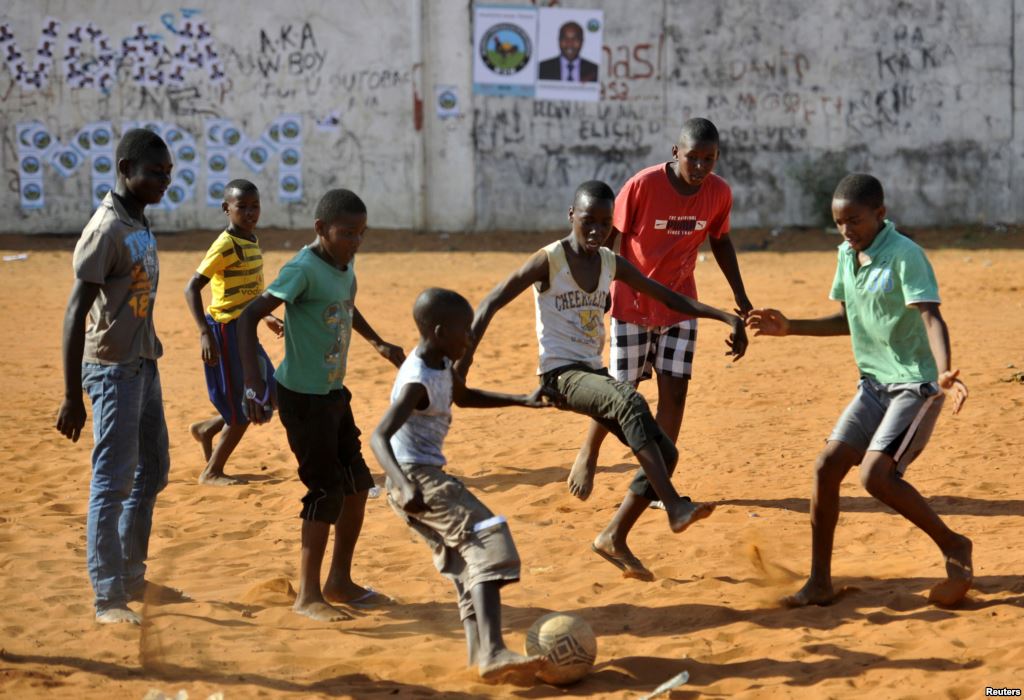 BAMAKO — The beautiful game. You know it’s soccer. We have played ball since we were children and we’ve moved to love the game. Dearly. Watching it is great, but playing it is ever more delightful.

Though as we get older, we watch more and play less. Through this transition, from player to spectator, I have become a frequent observer of the travails of African players in Europe.

What these European Leagues are doing to African players, what African players are doing in these leagues–it is a travesty and it is also why African countries fail to yield teams that perform well at the FIFA World Cup–that and biased referees who decorate African players with yellow cards and perhaps managers who sell games, but that is another story altogether.

If we are honest with ourselves, the reason African football dismantles at the seams at the senior levels is because there is too much European influence on African football. At the junior levels, there is zero European influence. That is where Africa has had the most success–with African coaches, with a talented youth playing creatively, sometimes interspersing positions as in the multi-system debuted by Ghana’s Coach Sam Arday.

Nigeria and Ghana have dominated youth soccer tournaments like the under 12, 16, 17 and 20 World Cups. This year Nigeria beat Mali in the final to retain their under 17 World title.

Growing up, our youth learn that playing football in tight corners and on miniature or crowded pitches is the fine opportunity to develop skills, to learn to handle and feel the ball. They do a lot with their creativity, working hard, practicing, and exuding passion for the beautiful game. But as they come of age, they are left to fend for themselves. The African Federations have not come up with any organizational platform to provide the ideal grounds for further development. The football field is yet another example of a failure of leadership, consequences of when a society of adults do not think and plan enough for their children’s futures.

Courted by wealthy European leagues, many talented African players salivate when offered salaries in pounds and Euros. These are the only adults, it seems, who give a damn. They pack their bags and leave their countries behind. And what other choice do they have? Are their countrymen presenting a better alternative?

I do not judge people’s decisions to better their lot or pursue a dream in a sport they love. But the throngs of footballers playing in Europe does change something about the dynamics of football in Africa, when some of these players come back to represent their home lands. What we do not understand, or just push aside, is that European football is different.

In Europe, most footballers grew up playing on expansive full-sized pitches. They are boys of the academy who cannot improvise or adapt in games but only run for hours upon hours. They are cross country athletes who can kick a soccer. For the most part, they play pre-calculated systems. When it works, they live by the system. When it fails, they die by it – like and army.

African footballers come into those leagues with the upper hand, their games honed by their creativity, strength, and ingenuity. But in Europe, they must cram their dance, their skills and the rhythm into a rigid mathematical pattern. The formula is drawn up by an arrangement of managers, owners, and other names on a long payroll and is to be executed to the letter by the players. Win, lose, or draw, they must stick to the system. More often than not, this inflexible system sucks the life out of the game. They all become slaves to the European system.

The beautiful game fades in beauty. She is no longer a total eye-catcher, only in few brief moments do we capture glimpses of her past and reminisce about what she once was in her glory days when the rhythms played.

The game our players bring home during international duty for the African Cup or World Cup matches or during friendlies is not the game they developed during their formative years. No doubt, it is more enjoyable than the European games. But there is a difference between these teams and the teams of our youth.

Worse, they return to meet a European coach to head their home country’s team. What’s more, some of the players return with years of shelf-life spent in Europe watching cross-country runners kick around in close rigidity.

Mario Balotelli, a Ghanaian, was poached by Italy’s national team and then shelved by Liverpool, only to be totally discarded by Italy itself. Though some say that Balotelli is indisciplined and uncoachable. But he is not the only African player to be poached then shelved, and he will not be the last.

Some superstars often find their talent underutilized when they sign a contract with a top team. Once a starter and top striker for Swansea City, Wilfried Bony of Cote d’Ivoire signed with Manchester City and now rarely gets to play even half of a game. Christian Benteke, a Belgian player from the Congo, was a regular goal scorer for Aston Villa before he left for Liverpool, where his game is under constant scrutiny. Rumor has it that Andre Ayew of the Black Stars, who is currently at Swansea City, might also join a big European team, hopefully not to diminish his playing time, his game, or his overall spirit.

Sometimes the shelving is subtler.

In his first two appearances for Manchester United, Anthony Martial scored two goals. But Man United quickly put that streak to rest. The European league has no vested interest in marketing an African as the star of the league, the darling of a top team, or in having Martial’s goal count surpass that of non-African European players. Not long after Martial showed he would be a productive striker, the team powers that be decided to play him out of position as a winger. And subsequently, they have manufactured doubt around his skill– Is he worth millions? Is he really a top striker? Maybe we thought he was going to perform, but is he too young? Maybe he’s not ready?

Memphis Depay, another Ghanaian born in the Netherlands, also rotates between being a starter and a bench warmer.

As youth, African players are rising stars. They travel to Europe with heads held high. After poaching and shelving, their pockets might be deep (and hopefully that will help our local communities), but the beautiful game suffers.

I am romanticizing, you say, because the world we live in–this world, not the one in the clouds–is only about one thing: currency: Cedis, Naira, and co. In exchange for millions in cash, anyone would sign their beautiful game away. Would they not? They are crazy otherwise. Perhaps. Or perhaps not.

But, should we be wary about these moves to Europe, moves that appear to destroy more careers than they develop?

What is the way forward?

Some would like to criticize the African Federations. And there are many reasons to do so. They have no control over the World Cup qualifying games as they should. They allow teams like Algeria to saturate their fields with water and leave the grass long and uncut so that top teams like Ghana cannot play a fair game, so that the home team could play with some undue advantage. Federations also delay paying players such that Ghana’s Black Stars almost had to strike in Brazil 2014 when they hadn’t yet received their World Cup earnings, which by the way, was money paid to them by FIFA.

These acts are unacceptable. We have to hold our Federations accountable. We have to demand better. From ourselves, our nations, and our continent. Self-criticism is fair and often productive.

What we certainly do not need is to ask anything of Europe. Europe cannot make African football better–it can only diminish it.

What use does a European coach have instructing African players? How many Africans are coaching European teams?

I am still in the clouds, but that is where dreams are made and where the best plans are laid. So I will stay there and hope that enough people join me, so that African leagues will prosper to new heights. The dream league would be a West African League, representative of all football nations. There will perhaps be a top league of sixteen or so teams and also a second and third lower leagues that shuffle through relegation and promotion. I am no football expert, so many other minds can work their brains to polish this rough sketch.

Certainly the league would provide an economic boom, jobs for local communities, and also help retain some players who are subject to European poachers.

As we get older, our playing days are fewer; our watching days, more plentiful.

What a sight it would be to develop a formidable West African League. What a joy it would be to watch our players for 90 minutes and not once be chastised by envious commentators.

What a magnificent league it would be. What a wonderful way to revive the beautiful game.