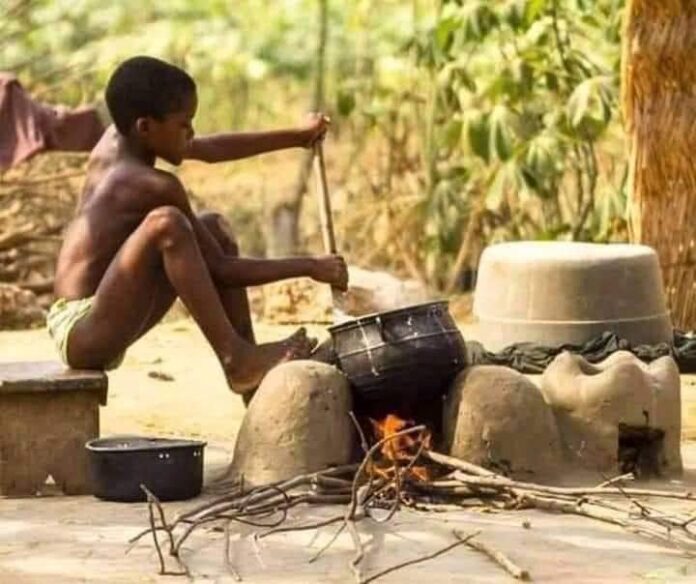 NTOABOMA (GHANA). I wrote about the demanding expectations of raising first-borns (boys or girls) by an Ewe Mother in West Africa. Many other societies in Africa, can relate in a general way, to the principles of requiring more from first-borns in a traditional African family, especially where there’s a significant age-gap among siblings.

Some of the premium placed on the first born training and discipline, especially where there’s a significant age gap, rests in the reality that these first-borns, sooner than later, become defacto leaders of their families. For instance, they almost always become their Family Heads (Fome-metsitsi or Abusua-panyin), Clan Leaders, Chiefs or Queen Mothers.

Often, when the Father of the house has passed-on (since more traditional marriages encourage age-gap coupling where the man is usually significantly older and reaches old age faster) this premium in training the first-borns to be highly responsible parts of the family becomes an asset.

How the western world has gotten around this level of complexity in order to avoid the internal demands that is required of this kind of family structure is to externalize their laziness elsewhere. They fund mercenary armies to do what? Occupy lands, colonize peoples, loot resources and commit genocides. The west has essentially “Vikinized” (from the Vikings) their soceities around plunder to offset internal responsibility.

This barbarism has never been, and remains unsustainable. Just take for instance what they have done to the planet (global warming and species depletion) in under 100 years? African socieites have been around for hundreds of thousands of years without posing this level of an existential threat to the Earth!

The Rosy Ideals we often impose on African traditions from the west, like “let kids be kids,” are always (without exception) grown from the putrefying farms of the decaying human flesh of the global victims of western European barbarism.

The most deplorable acts of humanity actually germinate in these so-called high societies of the west which purport/externalize these Rosy Ideals. Many genocides have been glorified (or planned) around such European dinner tables adorned with shiny forks and knives made from actual silver by letting their kids be kids.

How can a group of societies that emerged from the Pale/Middle Ages just a little bit ago – dusty as Hell, and who knew nothing but to borrow, loot and commit genocides – dictate to the free societies that predate them by several millennia? It is grotesque foolishness!