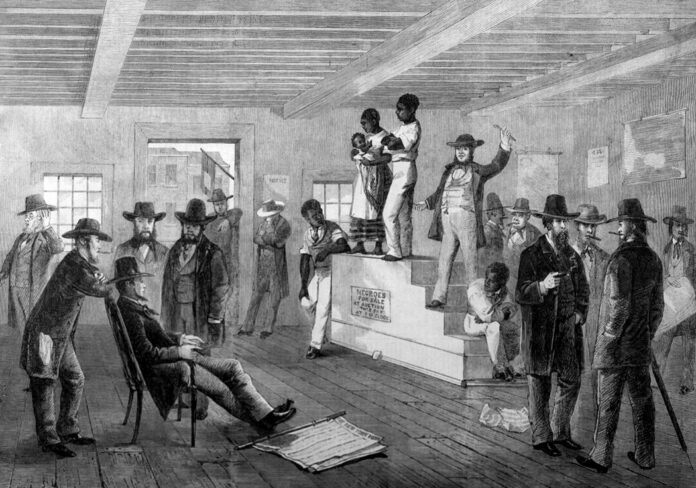 The question, “What is a Human Being?” is akin to the question, “What is a (Wo)man?” The Woke Political activists amongst the Globalist Neoliberals, who are now gallivanting the entire planet with their newfound Gospel, have teased both questions almost simultaneously when discussing issues about “Identity.”

I leave the discussion for “What is a (Wo)man?” for another time, but what I wish to explore in this essay is the deplorable, often narrow, paralogism employed in discussing such matters around individual “Identity,” especially Black/African Identity.

Grey, American, Globalist Neoliberals often revert to an old racist tactic of argumentation in the United States whenever there are pinned to define one term of “Identity” or another. They would claim in their defense of one kind of identity or another, in quite some general terms, that Africans/Blacks were once upon a time, NOT considered Human Beings.

As if to imply that Blacks/Africans must willy-nilly accept, at face value, all western neoliberal dictates on “Identity” classifications.

I reject the argumentation: What these Grey Globalist Identity Warriors wish to insinuate and emphasize is that it was ultimately Europeans who had to accept and even establish that African/Blacks were Human after all. This is racist!

This line of thinking is further pushed to buy African/Black sympathy/empathy and even support for new categories of “Identities” that the Grey Global Agendas from the entire western world like to pursue around the world.

Let’s be factual in addressing the racist emotional trigger, which is this line of argument, for buying Black/African support for certain neoliberal, globalist agendas.

There has never been a time in History in which Africans/Blacks were not Human Beings. In fact, it was exactly European Invaders, now newly metamorphosed into Neocolonialist Neoliberal Globalists, who decided to redefine what “Human Being” entailed to their own citizens (and not to anyone else!).

For instance, when some Barbarian thinks of a Mongol as not Human, the problem does not rest in the definition/truth about the Mongol’s Humanity, but the entirety of the problem rests within the bosom of the sheer barbarism of the Barbarian’s paralogism.

The vast masses of Americans need to appreciate that their peculiar, historical barbaric racial impositions on Black People (by definition and by direct violent actions) in the Americas for hundreds of years are not realities elsewhere. Black People in the Americas were forced into slavery and they were named all sorts of things, but all that barbarism against Africans in the Americas did not erase their humanity.

Perhaps, Africans/Black people may not have been “legally considered” as Human Beings by the very Barbarian Tribes of Europe (both men and women) who were forcibly enslaving Africans on those American Plantations for material profit and for their weird Barbarian Pursuit of Sexual Deviance.

Still, notwithstanding the barbaric name-calling and violence (legality) leveled against Africans everywhere, including those on those American plantations for no fault of their own, Africans/Blacks remained Human Beings.

On the contrary, Africans/Blacks do not need the validation of the Barbarian Tribes of Europe to be Human Beings. In fact, these very barbarians need Africans/Blacks to validate their “humanity,” if humanity that is, so these Europeans might overcome or even escape their insecure, but real identity as part-Neanderthals.