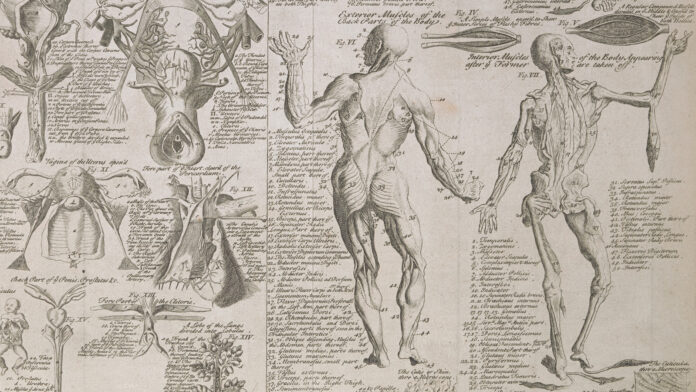 The term “Enlightenment” is just a term of propaganda. The idea that only in Europe were the seeds of “civilization” or “enlightenment” planted, watered and nurtured is the central dogma for justifying the Global Barbarism of Eurocentrism and White Supremacism. Nothing more, nothing less.

It’s actually a fairly recent theory—meaning it was pushed by the likes of Weber, Simmel, etc., in the 60s, 70, and perhaps more popularly by Jared Diamond (Guns, Germs, and Steel: The Fates of Human Societies, 1997), after the summary demise/refutation of Eugenics/Darwinism!

By the “Enlightenment” (and like Eugenics before it), what Europeans actually need is to convince the rest of the world with the rationale and the freedom to be able (or to be allowed to) terrorize the rest of the world, in particular Africa; to exploit African resources and to dehumanize Africans with the single idea that “Europeans are more advanced human beings” and that Europe deserves to commit violence against Africa and Africans with the singular aim of advancing the “state of the human species.”

In addition, the dogma serves are more insidious goal: It serves the purpose of convincing those Africans who are also cowards, to begin with; that is, the dogma serves to convince the Metha (the more educated than his ancestors) that he must ACQUIESCE to the dictates of Eurocentrism/White Supremacism in order to advance the “state of the Human Species.” In other words, the Metha believes that he must be SACRIFCED, or for that matter, Africa and Africans can be slaughtered/sacrificed, that African resources must be exploited, in order to advance the more “honorable goal” of the “state of the human species.”

The “Enlightenment” is just that, a sadistic joke—the lie to advance the European on African land and to tie African Resources to European wealth. After all, the Europeans cannot take the land, entirely, or access the resources freely, until Africans themselves ACQUIESCE to the strange myth that Capitalism, Exploitation and Suffering are all necessary components for advancing the “state of the human species.”

Thing is, it’s all made up—propaganda. There’s no “state of the human species” to begin with let alone the very stupid idea about “advancing the state of the human species.” Think about it. This is the lie to advance the material wealth of Europe and Europeans! Simple as that. It is a hustle! The Metha is simply not intelligent enough to understand the hustle, to understand the Devil, or to avoid him entirely. Worse, the Metha’s Colonial Missionary European Education necessitates that he remains an idiot, unassuming, unafraid, of “myths” and “ideologies” that have been fabricated to force his own demise!

European intellectuals know they lie—they come to Africa, they’ve met way more intelligent cultures in Africa than anywhere else. They know this. But that isn’t the point. The reality is never the point for criminals. They know there’s no such thing as the “Enlightenment” let alone one that begun in Europe. Period. It’s made up—a sadistic joke! They push it because they are paid to push it. They push it because it brings home to Europe material wealth, no matter how violently it was acquired.

Way too many genocides in Africa have been planned, and committed, by Europeans seated at their dining tables, rosaries around their necks, eating with shiny forks and knives made from actual silver and gold, and with not a single word of “genocide” or “uncivilized phrase” ever spoken. They, Europeans, are intelligent? Sure. Whatever the Metha needs to believe!

You see how people are starving in the United States of America, but they are seriously committing billions of dollars to going to Mars? These are intelligent people? It’s a joke, nye bro. It’s all part of the sadistic joke that is white supremacism, that only they, Europeans, have been ordained by God to “advance the state of the human species” by any means, even if it involves the total destruction of the planet! You see the thing?

In other words, white supremacism is mental illness! Anti-Blackness is a mental illness of the most delusional, barbaric proportions. The European Age of Enlightenment is most appropriately called the Age of European Delusion, or simply, The Age of Madness!