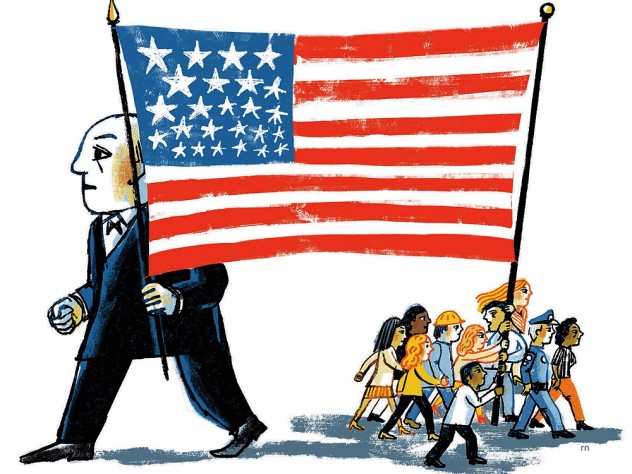 Western Imperialism and Democracy in Africa.

The very idea of imperialism and democracy in the same statement is a contradiction in terms. No matter, so long as the western elites dictate the terms, all ideas become democratic, by default, and for that matter, even without challenge!

It doesn’t end here. The very idea of the “free market” itself underlies the very presence of western oligarchs (families) as the “free hand,” or better, as the “invisible hand” that is set loose (free) to wreck economic havoc on the rest of us, especially in Africa, for the gains of their so-called “Golden Billion”.

How is this “free market” imposed on the rest of us? With a solid rag-tag Anti-Black Militia, all across the west, wielding Nuclear Weapons and Submarines.

So much so that any attempt to oppose this oppression is met first by the power of the Paper-Dollar (through the fraudulent fiat of “democratic elections” in Africa, and then if that doesn’t work, it is followed by the threat of Nuclear Annihilation (via USAFRICOM, made complete by the Afrosaxon of all Afrosaxons, President Obama of the US).

When the Anti-Black West proposes ideas of “free-dom” it is never meant for anyone else, but for their oligarchs to run wild like crocodiles in a tiny river.

Take for another instance the idea of “freed slaves” or “free men” of the Antebellum South of the US. Imagine a prisoner set free from prison but now has to set his foot squarely on land outside the prison for which he is then imprisoned for trespassing. What they mean by “free” in anything is never meant for anyone else!

Hence, the point! The Double Speak. The speaking from both sides of the mouth. How can imperialists advice on democratic institutions? How can colonialists guide other people’s democractic transformation?

More, how can people who partly hate and partly despise you advice you on anything? I mean, ANYTHING?