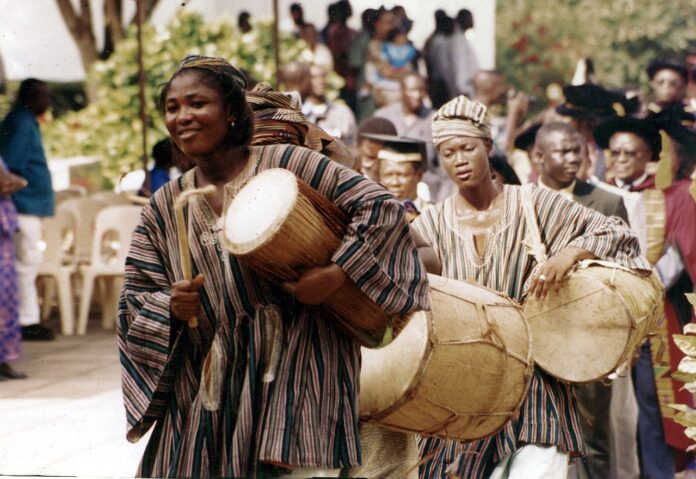 There’s this erroneous belief among the Mis-Educated Than His Ancestors (the METHA), and it is that ideas are very powerful. What they mean is that colonial ideas possess certain omnipotence that enables them to spread so easily among the people they dominate.

Another way to put this is that, once colonized people become aware of a colonial idea, they don’t unabashedly accept/adopt it at will, until they are beaten over the head with it. Until they are enticed by hook, or crook, to adopt it.

Hence, the belief that ideas are powerful is false, okay. No idea, in itself, is powerful. People make ideas powerful, not the other way around. Take for instance the Neoliberal Idea of a genderless society. If it were so powerful, it would not need the might of a powerful military proxy to support it in colonized lands. If this idea was so powerful, it would not need the funding of the petro-dollar? The idea would do its own bidding correct?

But, no! Ideas, without exception are dictated. They are, by the very nature of ideas, and by the very definition of ideas, forced realities. That is, there’s nothing material about ideas.

Ideas only become powerful when violent people (who have power to kill other people) adopt them. For instance, my little 8 year old grandchild believes that the Hen (as in a chicken, fowl) is the Almighty God! No one in my house, not even his own sibling, 2 full years younger, accepts this idea. This is an idea of one. Hence a ridiculous idea!

An idea of millions is a Power-full idea. This is why neoliberals spend boatloads of petrodollars scavenging other people’s country-side spreading neoliberal ideas! This is why nations go to war to spread their own ideas. This is why a third Global European Tribal War is fast looming upon us.

Ideas, in themselves, are not powerful. Violent People make ideas powerful by forcing them down throats. Powerful ideas are only in the numbers of adherents and survive in so far as they are backed by Violent People. The question the Metha must rather investigate about a powerful idea is simply this: What do the Violent People want in return? You see?

A couple of hundred years ago, when the barbarians were allowed to meet the king of the Asantes in West Africa, one elder of Kumase, Nana Yeboah, asked the English messenger: “To what end have you left this fine and happy England?” The English messenger replied: “To spread the benefits of English civilization.”

Nana Yeboah laughed, and followed with the retort: “Would you call your violence in India a benefit of English civilization?” The English messenger gawked, and he never returned to Kumase.