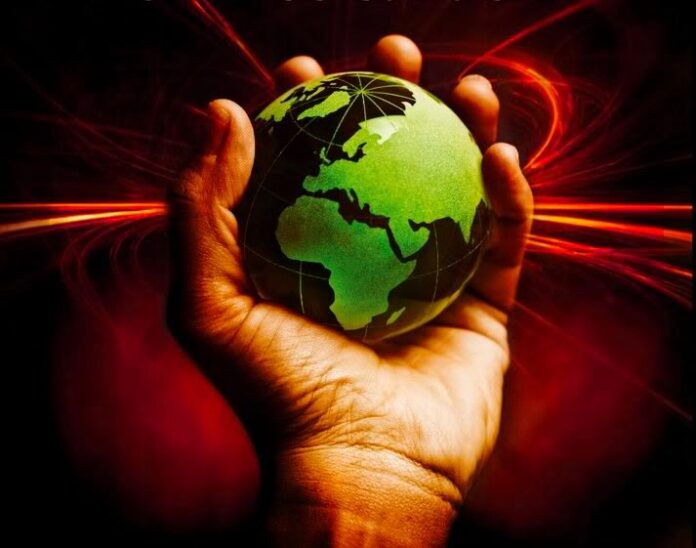 I often come across statements like “women control the world” or “men control the world” every now and then. This is becoming more and more common as I interact we the new generation from Accra who now frequent Ntoaboma for traditional men and women to date and marry. I have never paid much attention to the statement of “which gender controls what” as I do not pay attention to trivial matters.

Men do not control the world! (In much the same way that Grey women owned African men as slaves, as the Grey men owned African women, during the Human Trafficking Era of the the United States of America).

You see, the unlearned, i.e. the Metha, the Mis-Educated Than His Ancestors, have real difficulty comprehending nonlinear neoliberal nonsense. The point of a neoliberal nonsense is to divide and then to conquer without firing a shot at people they wish to destroy! Why would any community of oppressed peoples accept in one way or another that just the women or just the men in that society control it? What kind of wool have they pulled over people’s eyes?

Perhaps, symbolically, it seems as though men control the world because men war with one another and they loot and steal! Symbolically, it seems also that since these men are connected to women, these women must be pressing buttons, located on the foreheads of men, to trigger these men to war and loot. Technically then, women must control the world through the pressing of buttons on men’s foreheads?

All these are just untruths! It is not any more untrue that only Grey men trafficked human beings from West Africa. Grey women – mothers, grandmothers, wives, sisters, mistresses, daughters and aunties of these men – enslaved Africans just as well.

But, that’s the trick! One can descend on a society you wish to control/oppress and stir up this pot of myths about just women or men! Such as “women control African society” or that “men control African society” and you are bound to obtain some reaction from either side. You are bound to stoke cynicism and some division in a newer generation that one can capitalize on to induce even further division and oppression.

You see, in traditional Ntoaboma (we’ve never been colonized!), there are no men and women in societal affairs and in policy-making. Only families! Everywhere you go, the family you come from (and its reputation) or the family you make (by having children and grandchildren) precedes you!

Women don’t control Ntoaboma. Men don’t either! What is true, and this can be demonstrated anywhere you go, i.e. outside Ntoaboma and as far as Trondheim (Norge), is that certain families (i.e. certain particular men and women) influence world affairs.

Some families control the world. Not men, not women! But, keep lying to yourselves by misrepresenting the facts. After all, you are petty. And perhaps a coward – you refuse to fight the real oppressor, you only want to fight the next person, the one nearest to you!

All that to say, in just one implication, that it is insufficient to indict Patriarchy as a kind of Anti-Blackness! Matriachy is indicted in tow. Grey people are racist – i.e. Grey families are anti-Black. Not just the Grey men – they are not birthed out of dicks!