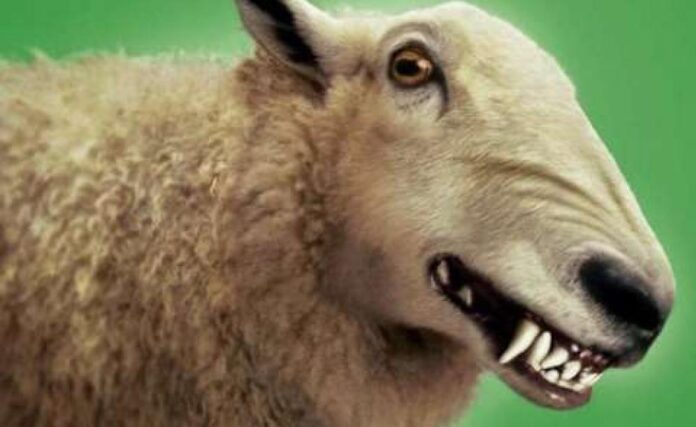 Only one civilization can be described in history, when it is all settled, as Wolves In Sheepskin:

They commit acts of genocide – ethnic cleansing of cosmic and monstrous proportions – and then they proceed to take on the identities of their victims without shame: some South Africans, some Hebrews, some Native Americans, some African Americans, etc.

Wolves in Sheepskin is a Stratagem for committing and maintaining acts of genocides by first indulging in that very monstrous violence and second, assuming the very identity of the victims.

In general, the non-linear war against Africa and against Black people can thus be described: Feminism, Transgender, Racial Self-Identification, etc. Literally, these are conduits for the very perpetrators of barbaric acts against Africa/Blacks to conceal themselves behind the constant, shifting, re-definitions of victim-hood.

Now, a Grey man is a “African woman”? The Problem that always remains is simply this: So long as the Lion can accept the Premise that a Wolf can be regarded as Sheep, the implications can no longer be avoided. Even among the lions, the wolves, cloaked as sheep, can enact immeasurable harm while claiming to be the victims.