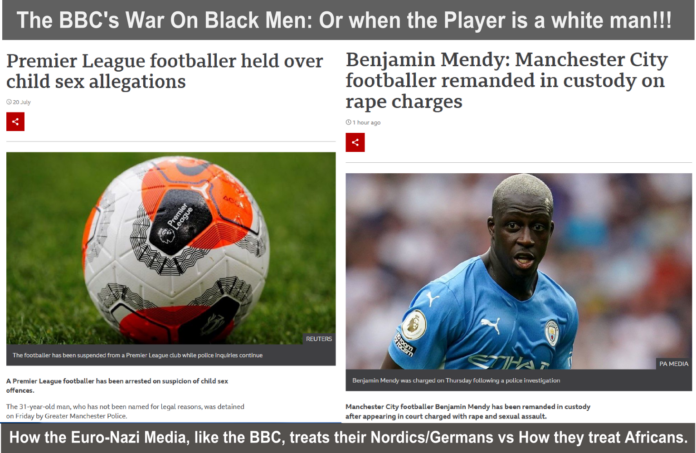 Here: For Those of You Who Don’t Understand How your Idea of Black Men is driven by what you see and hear in the Euronazi-Amerikkka Media.

Everton player, Gylfi Sigurdsson, a yt boy, was arrested on Child Pornography and child sex offenses, and for more than a week, I tried to get to the bottom of who it was. I knew he was yt. He couldn’t have been Black. The BBC refused to say who, lest even show his picture.

My theory played out today, just an hour ago. A Black player in England, Benjamin Mendy, is accused of rape, and right there – and there he is, in all his “badness”. The MO is: Accuse a black man of anything and he is guilty before trial.

Images, no matter what you think about the accusations, are very powerful.