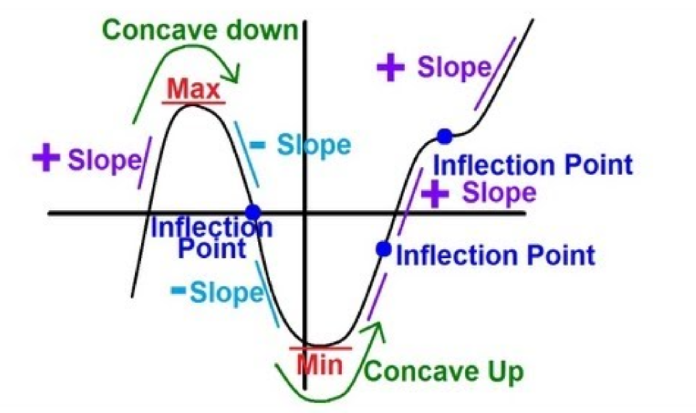 Small Perturbations: How They Break a Colonized Society.

If you want to break some society, you start with something small. You first break a norm, or an idea, a convention, or even a ritual in that society. You start breaking things that people are familiar with and are, kind-of, tired of anyway. Everybody gets excited when small things are broken. What is being broken, is what is being tested, and it is something that most people do not mind when broken in the first place.

Sooner or later, as the society continues to introduce such inflection points, breaking little things, and then bigger things, curvature in space-time for that given culture is introduced, and the society becomes more willing to allow the breaking of the entire system that no one thought, hitherto, would be allowed by the society to be broken. That is the turning point for that society—away from the age-old value-system to something entirely different (and unknown).

In Perturbation theory, colonizers of a culture, especially since colonizers are essentially a bunch of terrorists, do not wish to understand a culture, and they may break the culture of a colonized society by introducing small perturbations that decompose that colonized, target culture and its value system into (1) the familiar colonial culture and (2) the inchoate perturbative, indigenous parts. The resultant colonized or indigenous culture of the colonized people is no longer whole, but truncated.

For instance, in Ntoaboma, we know in general that children require some training and discipline from home. Yet, no child likes to be disciplined or even, no child likes to be tasked with particular duties for their own training. Some parents do not even like to discipline, let alone train, their own children to follow in the family traditions and to adhere to Ntoaboma culture. And so a colonizer can abuse this knowledge by breaking the idea and value-system of Ntoaboma about family discipline and training as a public institution.

The colonizer can introduce certain inflection points—such as break the idea that parents do not have the right to discipline their own children at home and that only teachers in the village, colonial, missionary school have the singular right to yank all children from their family homes from 7 in the morning to 3 in the afternoon in order to discipline and train them—as a way to test and invalidate the value-system about discipline and training for children in Ntoaboma society.

People in Ntoaboma may become excited about the breaking of the norm in such an insignificant way. In fact, they may even laugh at the idea of a colonial missionary school that now replaces the parents in training and in disciplining their own children. They may believe that this disruption in the value-system of Ntoaboma is not even permanent. They may even think that the nudging towards a turning point is surreal.

And that’s the entire goal of colonialism: disruption cannot occur until the society becomes numb to the breaking of such small things. The real disruption planned by the colonizer comes when the colonial, missionary school is now the official parents of the children in a society. Colonial missionary school becomes compulsory, and the school teachers can report parents to public authorities forcing these parents to comply with homework and the vaccination regiments imposed on the children by the colonial government.

Real perturbation occurs when the disruption is complete. Parents have been nudged to give up their wards to the colonial state; parents are now only baby-making employees of the colonial state; parents become disenfranchised and alienated from their own offspring and they are to report to the factory while their children are in the care of the neocolonial parents—the colonial missionary school, from 7 in the morning to 3 in the afternoon. All this, from a small break in the value-system of a society, but which over time and space accumulates to result in the complete disruption of a society’s social life, traditions, value-systems and even religion.

Colonialism is the full-spectrum dominance of colonized people by terrorists over time and space. Small cultural-value perturbations introduced by such terrorists as colonialists have the strange ability to result in storms that completely disrupt the entirety of the cultural value-systems of a colonized people. Beware of small perturbations. Beware of small breaks. Beware of those inflection points and beware of being nudged to rub against time-tested cultural value-systems of indigenous peoples.