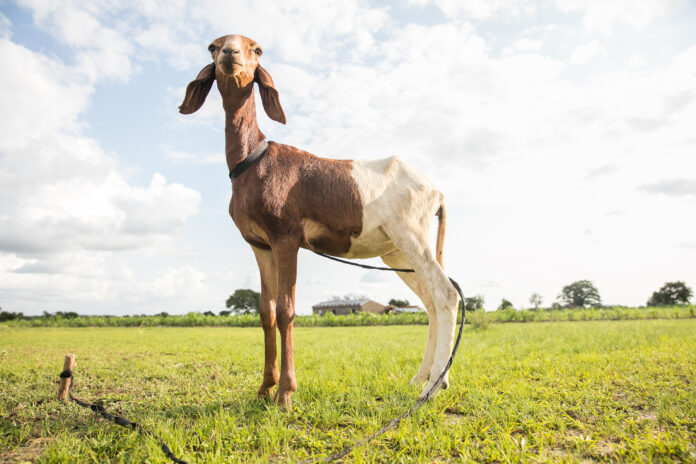 Should The Sheep Vote for The Lesser of Two Evils?

It was election year yet again, and a new sheep appeared in the horizon. Sheep of monstrous integrity, who were committed to the high ideals of a true democracy. Which is that in an election: May the best candidate win.

The two candidates up for election were two bickering foxes. The sheep understood all too well that neither fox was committed to their wellbeing. Sheep understood that foxes were at war with sheep. In fact, sheep knew that the two foxes up for president were interested in the very idea of having the sheep, and any sheep for that matter for dinner.

And so the democratic sheep was stooped in a terrifying dilemma. Sheep thought to themselves, which fox should they choose? Other democracy-living sheep, paid for by the foxes, run to the rescue of the other undecided sheep, imploring all sheep to choose what they, the democracy-loving sheep, had come to call The Lesser.

What is The Lesser? The Lesser simply meant, choosing the candidate, i.e. which of the two foxes, will do the lesser harm to all sheep. And so the word lesser came out of the operational phrasing for the election of a fox as president. All democratic sheep had to choose the Lesser fox of the two evils.

Years passed, and another election was at hand. Two foxes were up for elections again. The democratic sheep voted for the pale fox who promised to eat only half of sheep’s legs over the white fox who had promised its supporters that it will guarantee whole sheep legs for dinner.

Years passed, and another election was at hand. Yet again, two foxes were up for president. The democratic sheep voted for the grey sheep who only wanted the remaining half of the sheep’s legs for its supports, while the white fox promised its supports whole sheep legs for dinner. The democratic sheep reasoned and satisfied themselves with the idea that they had made the choice for the lesser of two evils.

Years passed. And elections came and went. The democratic sheep voted for the fox who promised lesser harm to all sheep. And so while the foxes remained stronger and grew stronger, the sheep got weaker and weaker, losing one limb or another to the next fox president until they were left with no limbs to show.

Tired, exhausted, and frustrated, and unable to walk and search for their own food, the sheep became very hungry. There was now famine, and starvation among sheep—not for the lack of food, but for their inability to look for and get the food. The democratic sheep grew weaker and weaker, since each election year the sheep became less and less likely to change the harm that was being done to them by the foxes.

Another election came. And still several democratic sheep—despite losing all their limbs to the lesser of two evil foxes—maintained that democratic sheep vote for the lesser of two evils. The grey fox, who now had promised to drink sheep blood from the buttocks of sheep, one cup a month, versus the white fox who had promised its supporters that sheep’s heads were guaranteed for dinner.

Stuck between the choice of voting for a fox who wanted to decapitate sheep and the fox who guaranteed blood-letting-sipping of sheep blood at all fox dinner tables, the democratic sheep were left with no choice: Blood-letting from the buttocks by the foxes.

All the democratic sheep fell silent, realizing that they had participated in a system, called democracy, which fundamentally, technically and wholly entailed the fox deciding which part of the sheep they would have for dinner until the fox had finally killed and ate all the sheep. The democratic sheep were flabbergasted by their own realization.

Yet, the very thought of this trauma caused some sheep to fall asleep. Though the air remained putrid with the stench of sheep death. Alas, many democratic sheep awoke and still maintained that the only choice there was—“obviously” they said—was to vote for the lesser of two evils: That is, vote for the grey fox who had promised its fox supporters the constant flow of sheep blood at their dinner tables instead of vote for the fox who was ready to chop off sheep heads for dinner.

Should The Sheep Vote for The Lesser of Two Evils