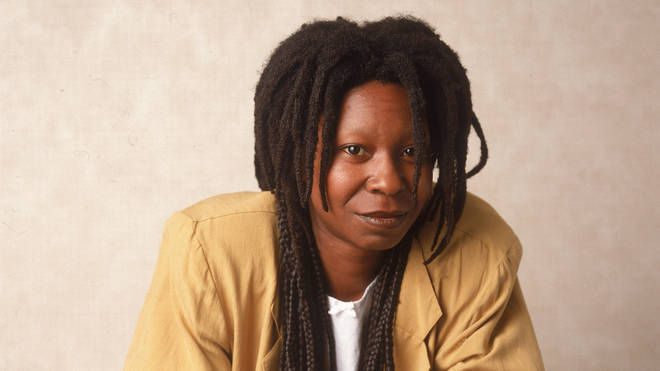 Race vs. Racialization. Whoopi vs. The Cult.

When an industry, such as a movie industry as Hollywood, is bifurcated along racial lines, i.e. only the Grey Things own and control Hollywood’s intellectual property, its production, exhibition, distribution, etc., while these “whites” actively/violently exclude Black people from the industry, some western academics would say that Hollywood work, or work in Hollywood, is “racialized,” as a roundabout way of saying that it is simply racist.

More, when an idea such as “good” is painted in racist European societies as “white,” and a certain group of human beings officially and violently refer to themselves as “white,” we say the idea that is “good” is “racialized” in that society. The same can be said of evil and the subsequent racialization in racist Euro-American societies of the color “Black” and the idea of evil.

Hence the following distinction: The fact that Hollywood work, or work in Hollywood, is “racialized” means that it is racist. That is there’s a conscious attempt in Hollywood to economically deprive Black people of work. However, one cannot say that an idea such as “white” or “black” being good or evil, is in itself racist. Hence the need in certain western academic circles to invent the term “racialization” to describe this type of reality in racist, pagan, primitive societies.

“Black Market,” “Bete Noire,” “Blackballed” are such terms that can be thought of as “racialized” English language—at least according to western academics. However, simply put, and more succinctly, without beating about the bush, these terms are racist and they could only belong to a pagan, primitive language.

I contend that the invention and use of the term “racialization” is redundant. Hell, even needless. In fact, I seriously contend that the term is useless. My point being that one could easily use the term “racism” to describe the aspirational symbols and rituals of racist non-Black society. After all, these symbols are the product of their racism itself—a product of their Anti-Blackness, Anti-Africanness, to be precise, and nothing else!

There’s no need to coin a term that racists now employ, with glee in fact, to imply that anything in their society can be “racialized” – even their own women – to the point of implying that their own mothers, sisters and daughters belong to a different race of people because of grey male patriarchy. For instance, it is highfalutin nonsense to refer to any group or tribe of Caucasians/Europeans as a “race” just because they claim they’ve been “racialized” by other Europeans in the past.

By “racialized” the idea still remains that when some Caucasian groups claim they are being treated as if they weren’t Grey, it must follow that they are indeed of another race of people. This is paralogism, at best.

In other words, the Irish cannot say that because some Europeans discriminated against them in the past that they have evolved into an entire race of people, apart from their ancestry. The Irish are still Caucasians. The Italians are still Caucasians! The Hutus and the Tutsis are still Black and African, alright. In fact, African Americans have not evolved into an entire new race of people apart from Blacks/Africans just because their experiences in racist America (in the face of Caucasian barbarism, proper) is uniquely and bizarrely different from a Hausa man in Northern Nigeria.

The “racialization” of a thing or idea necessitates the presence of at least two races of people for it to make any meaning. The use of the term is a misplacement when used among the same race of people, unless the people using it are themselves deeply Anti-Black. Further, the use of the term in such Anti-Black societies implies that there exists an ulterior motive and an agenda to obfuscate and mislead our comprehension of their Anti-Blackness.

That is, without a premise of a demarcation of races of people, speaking of the “racialization” of a thing or an idea is a misnomer.  Something cannot be racialized unless to begin with the thing, or idea, or people, was never identifiably raced–the employment of violent Anti-Blackness has not transpired. That is, one cannot racialize people that are already raced – through violent Anti-Blackness. That would be tautology.

Furthermore, where a thing or an idea is clearly racist, it should be called as such. Racialization, as a term, even in this regard, is a beating about the bush! It reeks of an ulterior motive.