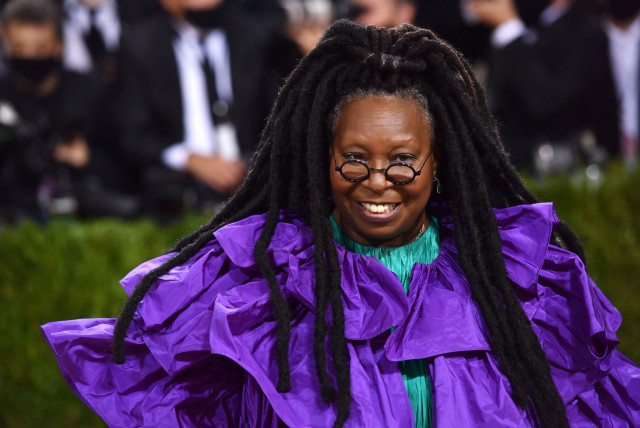 Whoopi is under fire for coming to her senses just once in her Grey Flag carrying carrier, and calling Europe’s Second Massive War a tribal war!

You see, the geopolitical issue for the Grey Things of Europe, some of whom now live on stolen/genocidal lands in the Americas, is that for them the idea of tribes only exist in Africa, among the Blacks. However, among the Caucasians, each ethnicity from Europe is an entire whole “race” of people.

In fact, there’s more. Each religious sect, each cult, each secret society can become a whole new “race” when the Violent Geopolitical powers of Euro-America make that decision. Hence the academic term “racialization,” which outside of academia is complete BS!

That said, Racialization serves two geopolitical purposes, and this is why it was invented in the academy to explain away things that did not need it: (1) It entrenches the idea of “whiteness” as a preeminent distinct category to which only the Caucasians/Aryans can belong, and (2) It makes it possible for certain European/Caucasian/Aryan tribes to hide away blameless (by saying they are not “white”) and thereby shirk involvement/responsibility when the atrocities of European Anti-Blackness are exposed.

The point is this: With this tool called “racialization” Europeans/Caucasians can continue to explain and rationalize away their unique, unfettered barbarism towards Africa and towards Black People, and they can continue in the Global Agenda of Economic Deprivation of Blacks, while still maintaining their “innocence.”

Racialization is a dangerous tool that has been pushed in western academia, and the Black academics there have taken it and run with it without understanding its global agenda. Now, I hope Whoopi’s suspension from the Grey Media opens a channel for Black Scholars to put a stop to the term/idea that is the “racialization” of certain European tribes/sects/classes.

Only Anti-Black people accept this terminological nonsense that is “racialization,” for it is just that: both nonsensical and an obfuscation of global Anti-Blackness!