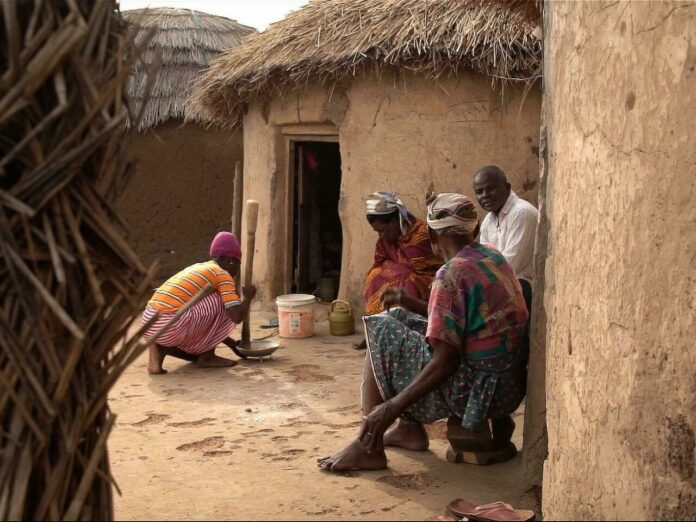 NTOABOMA. My niece finally found a man she liked. She introduced her father to the man and her father arranged the official introduction to the rest of the family. Yet again the grandmother, Mama Adesi, presided over the meeting.

This is called the Knocking Ceremony. The man and his entourage—his family, backed by elders of his clan—essentially “knocked” on our doors and inquired about the availability of our daughter. After this an official three day courtship was set when all parties had agreed.

After the three day period, I thought the courtship went quite well. My niece liked this man—a recent graduate of the Kwame Nkrumah University of Science and Technology, like herself. She confirmed to the rest of the house that she was ready to accept the marriage.

But her father and her grandmother (her mother’s mother), Mama Adesi, refused to grant the marriage. These two are the most powerful when it comes to marrying out daughters and so the word of the grandmother in particular is almost always final. If the father agrees with the grandmother, the marriage is essentially off.

That is it, really!

The man in question was distraught. He came to see me in my home. He thought I could speak to the father of my niece and the grandmother to change their stance on the proposal.

I don’t think modern men understand the idea of marriage as an institution. In Ntoaboma it is quite like this:

This is how it would work. Let’s just say I was able to convince the father of my niece and the grandmother to endorse such a marriage. That means, I become by default, the grandfather to their children. Anything that happens, for instance, if this man were to drop off ten children with my niece and run away never to be seen, this children would become my direct, irrevocable responsibility! More, if anything were to happen (Taflatser) to my niece, I would be held directly responsible.

Not only that, my sons and daughters become the uncles and aunties of these children. These would become their direct lineage.

This man had no idea what he was asking of me. I understand people in the modern world in Accra and beyond do fall in love and all, but I have also heard that they fall out of love as well every now and then. There’s no such thing as falling in love or out of love when it comes to marriage in Ntoaboma.

Like it or hate it, Ntoaboma has her reasons. I, for instance, do not like all of it, but what public institution is perfect? I have come to understand after several decades that the wise men and women who put these traditional institutions together were just as intelligent if not more intelligent than one man or woman. More, these elders have had thousands of years, if not hundreds of thousands of years of historical memory, tradition, culture and know-how on their side, to master the building of such public institutions.

The grandmother says “Daabi,” then it is a no. Who am I?

The man cried. I slapped him and I told him, “I understand. Cut that out, and go find another one. Nonsense! Is she your daughter that you feel this entitled to her?”