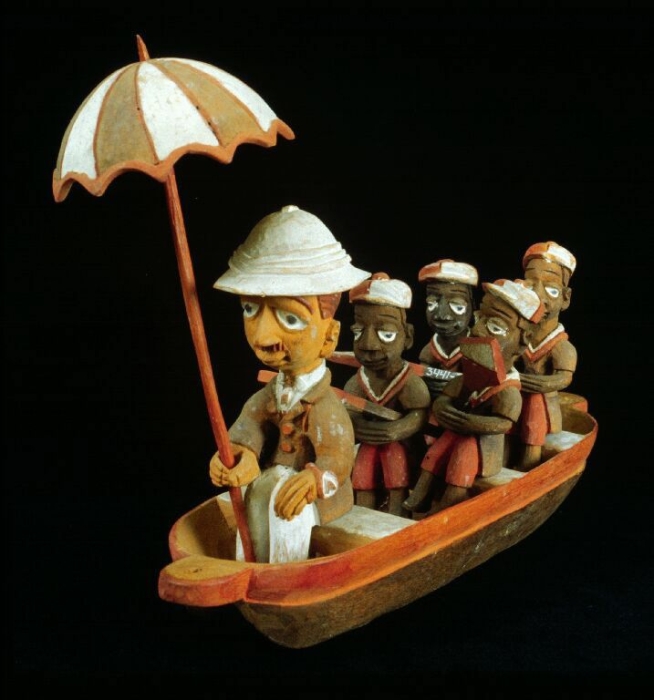 History Honors Those Who Unite The Nations, Not Those Who Tear Them Apart.

I have observed something among some of our Mission School Boys in Ghana, the Metha (i.e. the more educated than his ancestors). These Mission School Boys act as though they have reincarnated from tribal warlords from a distant past in West African history—notorious warlords—who were massacred in some severe battle by their arch rivals. These school-boy-reincarnates are so bitter about their past death that the way they present themselves today is as though they have reincarnated to exact their revenge on the living.

Problem is, these school boys are afraid of their own shadows and they hide under the pretext of “research” to say what it is they are often afraid to say. For fear of being heard clearly and for fear of exposing the murderous plans of their reincarnation. They present as fact, as “research,” what others—more often than not, what 18th to 20 th century European terrorists in West Africa—wrote about the people they despise. And so they use the racist, Anti-Black, vitriol of European terrorists from centuries ago to make points of grave incoherence in the present.

As a result it has become exceedingly difficult to treat any historical issue with constructive criticism, since these school boys will find the most grotesque narrative, written by some half-headed, half-hearted, European terrorist, centuries ago, to mar the substance of any constructive and illustrative criticism of our historical past. When you attempt to fetch from history those elements that we can marshal to build a stronger nation, or union, the bitter Metha almost always finds some counter, more destructive narrative to obfuscate the point, just for the fun of it.

For instance, I once wrote about one of Ghana’s traditional rulers who was driving around in a Toyota Land Cruiser, imported from Japan. I used this narrative and a copious amount of historical narrative to construct the idea that our traditional rulers should not be proud of “made-in-japan” cars, and should rather strive to encourage us to begin building our own cars in Ghana. Some school-boy reincarnates rose bitterly against the piece, because I had criticized “their traditional ruler,” while they completely sidestepped the import of the essay.

Other school boys sent me copious amounts of materials to read about other traditional rulers they claim I had forgotten about, who drove around in Ghana, in Folks-wagons made in Germany. The point? If I was going to critique any traditional ruler in Ghana, I must be forced to critique all traditional leaders, else I have got to be biased against this one particular ruler.

At first thought, I reasoned that the charge of being biased, although baseless was not entirely ridiculous. But I was mistaken. The ridiculous part was yet to come. Some of these school boys sent me (to my inbox) European scholarly materials, written in the early 1900s, speaking all kinds of Anti-Black narratives about ethnic groups in Ghana, which I had—obviously, according to the school boys—failed to mention in my essay. I was not sure what constructive lesson that these school boys imagined that I would gain from their petulant retort to the idea of making cars in Ghana?

Over the years, I have observed this kind of ridiculousness about our Mission School Boys in Ghana in person and in writing. Fetch anything from our distant past, and attempt to make a critical, illustrative lesson of it, to point to how we might yet build a more perfect union in Ghana, and the mission school boys will be ready to send and present you with debasing materials, written by hateful European scholars, about the other ethnic groups you failed to list in the essay.

Is it insecurity or plain stupidity? I gather that these school boys learned this attitude from the same European terrorists that they are so fond of quoting. And so if all schools boys of all ethnic groups in Ghana begun quoting Anti-Black, Anti-African nonsense that one European terrorist or the other wrote about West African ethnic groups they disliked?

These schools boys are so distracted by the hatred they have imbibed from their European teachers so much so that they are blind to their silly exercises in self-aggrandizement. Of course, this attitude is not new. School boys take as fact whatever European books they read, and so they also take as fact the size and the content of European Anti-Blackness. These Mission School Boys actually memorize these books like they have memorized “their Lord’s Prayer!” They are unaware that everything Europeans wrote, and I mean everything, was meant to keep an Africa divided and an Africa at war. The school boys are grossly and grotesquely uninformed about the dust of the European Miracle sprinkled on their very eyes.

As these Mission School Boys present their anger like reincarnated tribal warlords, what they seem to have left behind; what they have forgotten to bring along from their Ancestral world, was an intact brain. After all. But, I am here to give them a word of advice; one that will enable them fetch the remaining pieces of brains that they left behind; that history does not look favorably on those who promote division among the suffering masses. History remembers those who enable the masses to break free from their oppressors. It is about time the Mission School Boys unlearned their patent European hatred for people with whom they share a nation.