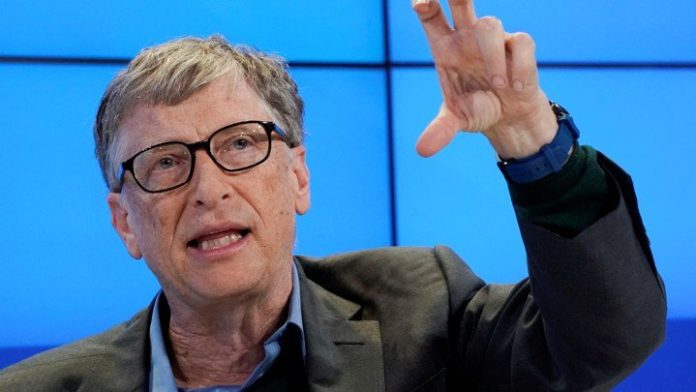 NTOABOMA — The concatenation of European economic heuristics and spiel—in particular, its relation to Africa—results in one thing: that GREED is good. And GREED by any means is actually, fantastic. Western European academics, including their North American cousins, have indulged in this centuries-long lucubration for rationalizing greed, and thus rationalizing the means to achieving ultimate greed. Such means have included the Terrorism of Africa; the Colonialism of Africa; the Kidnapping of Africans; the Confiscation of African resources; the enslavement of Africans in the diaspora and then there are two modern heads of that medusa in modern times: (1) Neo-imperialism (USAFRICOM) and (2) Neolibralism (such as Feminism, Philanthropy and Aid).

One can say that the resultant of all this western European academic Kitsch is Capitalism. Nothing more beautiful has emerged from western European academic thought and achievement in economics than Capitalism: God is GREED; GREED is Good. In fact, God wants us all to be GREEDY. To be greedy is to be human. To be greedier than the next person is to be a better human being than the next man. More, to be so greedy that nothing else—not even human or earthly dignity—matters is to be, actually, a fantastic human being!

The European colonialists and the academia behind them have tried for so long to convince Africans that GREED is good. That greediness is godliness. In some respects, they have succeeded. The Metha (the Mission-Educated-Than-His-Ancestors) have accepted this religion of greed from their colonial mission school headmasters. Other Africans, the Vodunists, and the Traditionalists, for instance, still, have not accepted this paradigm. They cannot accept the prevailing abecedarian regime that greed is good. First, for the very reason that this European Appetite, GREED, is based entirely, if not exclusively, on their own African exploitation, and second for the philosophical reason that parasitism itself, which is what greed by any means is, cannot be shown to be constructive and sustainable in any natural environment.

GREED as the prevailing paradigm, or guiding principle of European thought and expression in economic affairs, remained unopposed in Africa for much of the centuries leading up to the twenty-first. That is, until the Vodunists begun en masse to learn European-speak, understand European-thought and scrutinize its fungible origins. It turns out that the European academic achievement cannot hold water. Its turns out that European philosophy is guided by dust—nothing material or impressive can be gathered behind it. That the idea of Greed, and of Capitalism, is lissome Kitsch.

Now the European philosophers and their figureheads in Africa, particularly in Accra, Ghana, are forced to defend an idea they never intended to defend by reason. They had hitherto defended the idea of Greed by violence (by any means necessary). Although this part of the violence necessary for defending European ideas has escaped the Metha for more than a century until now. The way that western Europeans, in particular, have defended the idea of GREED for the latter half of the last century of failed consultancy-economics to its colonies, is by pointing to the “GOOD” that violently wealthy Europeans engage in within the colonies: Philanthropy to the Poor! Raising Women’s Awareness in Ghana! Building new Wells for the Poor! Purifying Rain Water! In sum, Aid to Africa! Even then that tune has begun to wane: It is beginning to change and even the Metha are becoming aware of the GREED undergirding the very ideas of Capitalist Philanthropy and Aid.

You are likely to now read stuff like: “Big Philanthropy is definitionally a plutocratic voice in our democracy,” according to one European American scholar, Stanford University professor, Rob Reich. Something hitherto, before this century, would not have been admitted by a European American scholar! He continued that philanthropy is “an exercise of power by the wealthy that is unaccountable, non-transparent, donor-directed, perpetual, and tax-subsidized.” In other words, the Capitalist, the Greedy, still use Philanthropy to advance their greed, and to shroud their ultimate greed. Greed then, even greed by any means, cannot be good. It is violent. It is parasitic.

The problem in Africa is the Metha—the new colonial African species gone wild. Some still argue that without a piquant alternative theory (“piquant” is key here since without elevated excitement, the Metha loses interest) from the pens and speakers of the Vodunists, to counter the European Appetite of Greed, we must all in Africa in the interim accept Capitalism; we must accept the terms of multinational European/American monopolies which batten on the working classes of Africa.

The thing is that, the Metha is unwilling to accept or even identify any alternatives other than those from his headteachers, the colonialists (the terrorists). Specifically, the colonialist is not wont to supply an alternative to his parasitism. So, the Metha speaks of alternatives while looking in the direction that this alternative would never come from, while still ignoring the very alternatives available to him from his Ancestors’ own cultures and traditions. We cannot then present a Ma’at-ocratic paradigm of thinking about our economy without first defeating the self-defeatist Metha whose whole goal is not only to stifle African identity, but to block African ingenuity and innovation in this regard.

For instance, the Metha sensing an attack on his high esteem for Capitalism quickly erects a Catholic Cathedral in Accra, Ghana, to honor the Horrors and Terrorism of the Catholic Church on the Slave/Gold Coasts of Africa. The Metha is hard to defeat, hard to change and incorrigible even in the face of the facts of his own exploitation. The Metha has become a kind of intellectual gulf, a buffer of sorts, to uncompromising European parasitism. So, the Metha still accepts that GREED is Good. In fact, GOD is GREED. You ought only look at Mensah Otabil in Ghana and his ilk to comprehend and appreciate the fact of the decadence of the Metha’s pharisaism.