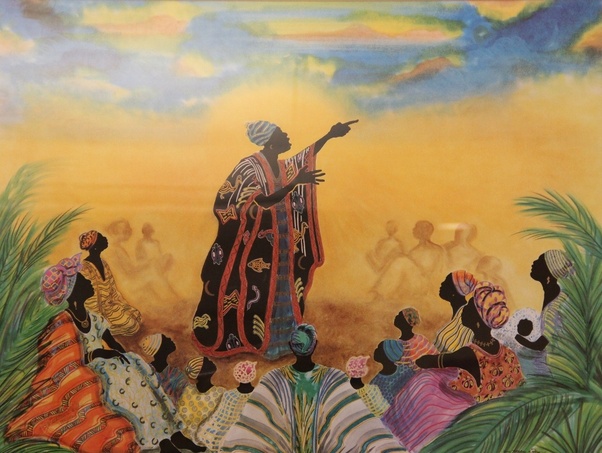 Not all, but too many of our African nations and ethnic groups are stuck in the O.C.: the Oral Culture.

The O.C. is deceptive. It is flamboyant, catchy, and conspicuous. It gets all the attention. It sounds fabulous the way the words fly off the tongue, in rhythmic proportions. The O.C. is hype, hot, and flashy. The O.C. is cool and popping. It looks glamorous, as most things do, from the outside looking in. That’s how it looks, at least.

Except beneath the attractive surface of the O.C., beneath its seductive appearance, over the long run, it can prove to be empty and vapid. It leans toward the superficial. It leaves much to be desired, digested, translated, and analyzed.

Oral Culture has a fleeting existence. It can never be thought to be recalled precisely in the manner that the originator of the message intended. There are too many circumstances required to fit into place at the perfect moments for oral culture to preserve memory in this fashion. The O.C. requires the passage of several layers of communication—intonation, tone, language, pauses, and more—to be recalled and practiced to the exact specification of the originator, or else it is ripe for misinterpretation.

How many times have you heard an O.C. orator respond with the words:

That is not what I said!

And how many times have you heard an O.C. orator’s spoken words repeated verbatim, only for the person to say:

Well, I did say that but that is not what I meant.

Or: If it sounded that way to you, then you must have misunderstood.

Or: I am sorry you feel that it came off that way to you.

The O.C., when challenged, offers such rebuttals such that the conversation cannot move from what was said, since it is never clear what was actually said. What’s more, the O.C. has too many false disciples. You know, when someone who is not scholarly or learned or an expert of any sort claims the expertise of their ethnic group because of some story the O.C. orator alleges has passed down through his family. Who can verify this story? Who can refute this story or challenge the structure of the narrative given that it is a single family’s adage, according to this version of the O.C.?

A reader can connect a written passage to other passages written during the same time and demonstrate how different writers were in conversation with one another. But how can these same connections be forged with the O.C.?

In spoken language, there is too much of an onus on the listener to have heard correctly, whatever that means, and not enough onus on the originator of the message to have communicated clearly and effectively. But how “correctly” can we listen? And how many times can we be told that we listened incorrectly even though our ears are fully-functioning? When stooped in the O.C., these debates cannot so easily, if at all, be resolved.

What if there is a section of the discussion in the O.C. that needs clarification or reiteration? What if there is a key passage that should be paused, highlighted, and dissected painstakingly, as a reader can perform such a process when perusing an essay, to digest each word at his own pace?

Rewind and fast forward do not work in the same way as skimming a paper to settle on a couple of words or paragraphs. The listener cannot simply go back to that part of the broadcast and refer to the speaker’s tale. People often confuse the translation of an oral speech with the written word. A speech written for oral purposes has different choices in language and delivery than a text written for readers. One stark difference is that oral language is more repetitive and targeted to a basic level of comprehension. Even the most talented speaker cannot mull over precise choices in language while communicating orally. Specificity can be easily lost and not regained.

Despite whatever transferences of information have occurred through this method of communication, the O.C., they are tenuous at best. It is unlikely that the O.C. should ever proceed as the primary and heralded form of knowledge transmission. The O.C. is incredibly risky as the bearer of information and subject to serious loss of richness of cultural context and integrity of thought.

When thoughts are written, in contrast, a unique and irreversible process occurs. I refer to Narmer Amenuti’s words, and because he indeed wrote them so eloquently I can reference them in turn: “Written language is about the fidelity of the transfer of wisdom/knowledge over time and space.” The intellectual shift from oral to written is exponential: in the unparalleled ability of the messages to be transmitted and translated across space and time, to be debated and poured over by scholars and laymen alike.

The O.C. leaves us in the echo chamber of the resonance of our own voices. Something can sound good but when translated to written form can display little depth, or elicit far more questions than answers. We must revert to our ancient writing cultures (first), and (second) writing in our Mother Tongues – not in colonial languages – in order to seriously rise out of the O.C. and into the enlightened world of the written word.