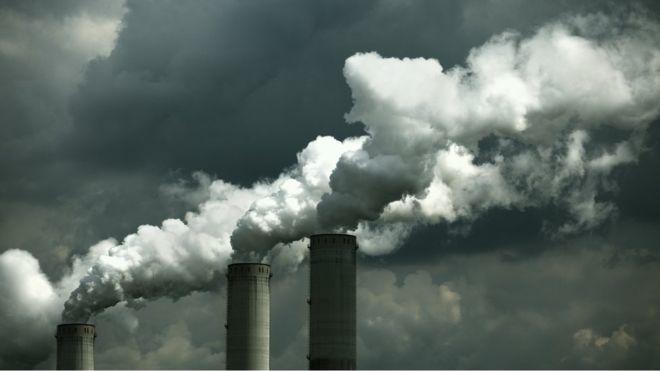 God Is Near: But How The Abrahamic Faiths Ostracize Him For Mass Consumption.

Resist that “human” temptation and let’s paint the problem as it is: White people alone have pushed the world to the brink of utter destruction. Resist the generalization of human. Resist the obfuscation of race when the problem must be identified correctly and the solution prescribed exactly. Resist the normalization of “whiteness” as if all that it means is “human” alone. Call the Caucasian problem of the planet for what it is: White people around the world are responsible for climate change and they have brought the world closer, much closer—than any one race of people—to the precipice of utter obliteration.

How? If you took the current survey of the planet’s life forms for granted, the world’s 7.6 billion people represent just 0.01 percent of all living things. Caucasians alone, depending on who you ask, make up only about ten percent of people at the most. That means that Caucasians alone make up about 0.001 percent of all living things. Yet since the dawn of European Enlightenment some four hundred years ago, and the sword-wielding, gun-toting, atomic-spreading of this parochial folklore, Europeans have caused the loss of over 80 percent of all wild mammals and half of plants. That is not to mention the scores of human genocides they have committed enroute to building their Temples of Mass Consumption all over the planet.

The price we pay for this European Enlightenment violently spread across the globe—if we are still alive after their sword-wielding terrorism—is that the seas are warming fast, the fishes diving deeper to their deaths, or choking on plastics. The ice caps are melting furiously in reaction, and temperatures everywhere are soaring. The climate as a whole is off kilter, and behaves in ways never before observed. Yet the solution provided by the wielders of this violent European folklore is more consumption although a recent emissions gap report by the United Nations (a Caucasian organization) pointed to the fact that economic growth is responsible for a rise in carbon emissions in 2017.

The way that the folklore of European Enlightenment rationalizes this folly of more consumption to solve Global Warming is by calling one kind of mass consumption, good, and another kind of mass consumption, bad. This last kind they call it Consumerism. And from there their confusion, their inability to curb their gluttony ensues. The foolishness of the European Enlightenment has no critics inside of it. The only formidable critics left outside of it, were left inside Africa itself, and in there the instruments of the atomic-bombing, drone-flying, digital-eavesdropping Europeans got to them. In there the Africans were killed, and where they survived, they were enslaved, Christianized, silenced, and ostracized.

What is this European Enlightenment and why has it been so virulent? It turns out that Europe’s rise to academic fame is actually predicated on objecting to the ideals of its African seniors. If ancient African scholars wrote that a River was a God and should be respected as such, the Europeans decided that God was absent from the River. They didn’t end there. The Europeans found a new place for God. In the skies, where He could not be reached, touched, felt, sensed, but where He made everything, including the River only for humans, and for human consumption alone.

Where African scholars of Africa’s vast temples, which served the people for millennia, wrote and taught that God resided inside Nature itself, that God resided within the created, the creation, and that the creation must be treated as if it were God, European scholars broke with that tradition. The European motivation was clear. They simply no longer wanted to ascribe to the ideal of African Restraint. Europeans hated restraint, they loved gluttony, the mass consumption of everything without restraint. This motivation inspired the European schools of thought to devise careful principles—mostly violence towards Africans (Blacks), some religious, some political, others socio-economic—to encourage mass consumption. This is the European Enlightenment.

The West will never lead the world off the path of total destruction for one reason, and one reason alone: Anti-Blackness, and with that the unrestrained folklore of the gluttony of the European Enlightenment. With the West, we are doomed one way or another. Only a back-to-Africa thinking, only a back-to-Africa academia, only a back-to-Africa religiosity and systems of government can set the world on a brighter path to salvation. The road to Hell will be paved by the beautiful sadistic intents of the European Folklore called an “Enlightenment,” but the world’s salvation lies only in African thought, only deep in embracing the idea that God is near, nearer than you thought.