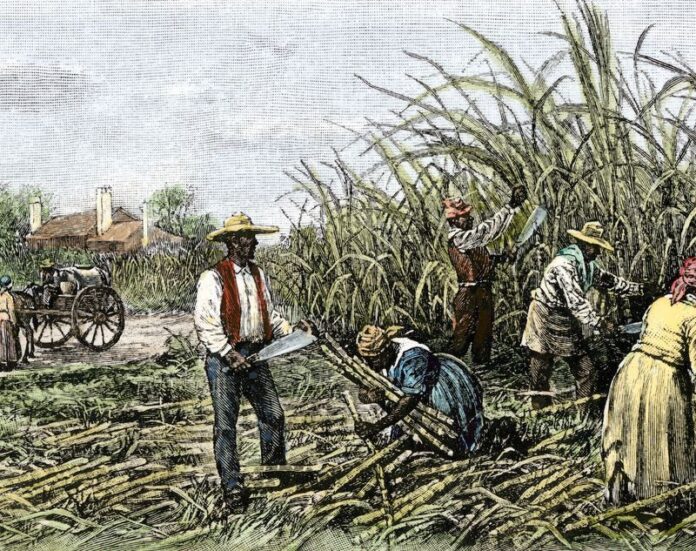 Colonialism: The Cowardice and the Obfuscation.

Gender Politics, Ableism, Trans-, LGBTQ, etc., all derived from the grand-scheme of Intersectionality, all serve this very purpose of Identity politicking.

The goal: Instead of stress and emphasize the inequality that is wrought on Black people in the Americas as a result of Chattel Enslavement there, where some 40 percent of African men, African women, African girls and boys were owned specifically by European women and girls for hundreds of years, we would rather employ the very idea of Inequality Olympics through Identity Politicking to separate the oppressors men from its women as if to say its women were angels.

As if to say that once the oppressor can identify as gay, woman, trans, etc, then somehow they need to Olympically scale over the walls of oppression and violence their families have wrought for hundreds of years on the lives of the still oppressed. That somehow these ones can escape from their ancestral crimes of inhumanity?

And so the result? The very oppressor has become inchaote, spread-out thin like a film of oil over water. The oppressors have thus become invisible as they have become a significant component of the victimhood of their own violence.

How can any Freedom Movement then target something that is so thin and inchoate that it is difficult to pinpoint and understand? How can a true Constructive Criticism move against an oppressor who’s simply not there, and who has metamorphosed, literally, into some of its own direct victims, under, for instance, the general post-racial idea of “woman”?

Why are we speaking and writing about men and women, take whichever Identity fits the day, and not directly about these Europeans and all their Families and Tentacles, when we attempt to address the excesses of their Colonial (external and domestic), Neocolonial, Neoliberal and Anti-Black Violence?

I know! Obfuscation. Or is it Cowardice?