In light of unarmed Black men and women being shot down like dogs, several police departments in cities across America have come under intense pressures to diversify–and rightly so.

American residents are increasingly concerned with where their police officers live.

Ideally police would live within the city limits of the places where they hold power. They would get to know the members of these communities on a personal level. But unfortunately, this is generally not the case in major cities where Black and Latino people live.

For example, a report for the police department in Oakland, California revealed that only 7 percent of Oakland’s cops lived in the community.

Even with laws enforcing that police come from the community, many whites violate these laws. And white-run governments do not hold whites accountable for following the law.

In other words, even police departments that have a police residency requirement do not impose it, simply because they would rather uphold white supremacy than fire whites who do not live within the city limits.

Despite whites being in violation of this residency requirement, white city officials in Boston refuse to uphold the law and punish whites through termination for their failure to follow the law.

There seems to be an unsettling pattern for whites and Blacks in America with regard to the law. We’ve seen a renegade rancher like Cliven Bundy fail to follow the law as he grazes cattle on federal lands. And he also went unpunished.

We’ve also seen white Americans go to every length to strip a Little League baseball title from a team of little Black boys, because one white man complained that one or two of these boys didn’t live in a certain neighborhood.

But here we have a city like Boston, white men toting military weapons, not a little Black boys playing on a baseball field. No whites are in outrage that more than 50 percent of Boston’s police force does not live within city limits. But whites are in an uproar when one or two little Black boys do not live in a neighborhood to play a baseball game?

If white Americans are so eager to strip little Black boys of a baseball title for one or two players living outside of Chicago, where are these rule enforcers when Boston needs half of its police force stripped of its badges?

Where are all the white people against cheating and calling for following the rules? Or does the so-called eye of whiteness only police Black bodies and turn a blind eye when white men violate the very laws they write?

According to data from the U.S. Equal Employment Opportunity Commission and the Census Bureau, in two-thirds of U.S. cities with the largest police forces, the vast majority of police officers commute to work from another town.

Black and Latino officers are more likely to reside in the city where they are police officers. White cops more often live way from the cities where they are employed.

This disparity is most apparent in cities with large Black populations. For example, in New York City, 76 percent of Black and Latino police officers reside in one the city’s five boroughs. Yet only 45 percent of white officers live in one of the five boroughs.

The point is simple: white police officers do not want to live in Black communities. So they should simply stop working there.

In several major cities, whites are a minority of residents, but are a majority of police officers. In fact, in each of the 22 cities with more than 600,000 population, whites are overrepresented on the police force. Here is a snapshot of these statistics.

The same goes for Florissant, Missouri where 25 percent of the population is Black but none of the 25 police officers are Black. If 1 out of 4 residents is Black and there are no Black police officers on the force, there is a huge problem, which manifests itself in all kinds of ways that disadvantage the lives of Black people.

In most inner city communities in America, the population has shifted to majority-minority, majority Black and Latino. But the occupying forces that are the police still stubbornly remain majority white.

Police departments do not want to change, because whites want to occupy Black and Latino communities.

Even with increasing diversity of the U.S. population, whites still want to be in control of the police force, the military, and government. That is precisely the reason why Democrats have begun pushing Hillary Clinton down the throats of Black and Latino voters.

I am less concerned with Hillary Clinton’s gender than with her race. Why do we need another white president after a string of more than 40 white presidents?

As the majority of the population shifts against whites’ favor, these questions are increasingly thrust into the forefront of American political and social life.

People will be fed up with this internal colonization and ask: why do whites want to control everything? Why is the majority population of most major cities in America non-white, yet whites still want to have all the power?

Too many African American and Latino residents don’t trust the system because when they look at who is supposed to represent them, they do not see an image of themselves. Continued unarmed shootings of innocent folk remind them that people who do not look like them see no value in protecting and serving them and more often, do not have their best interests at heart. 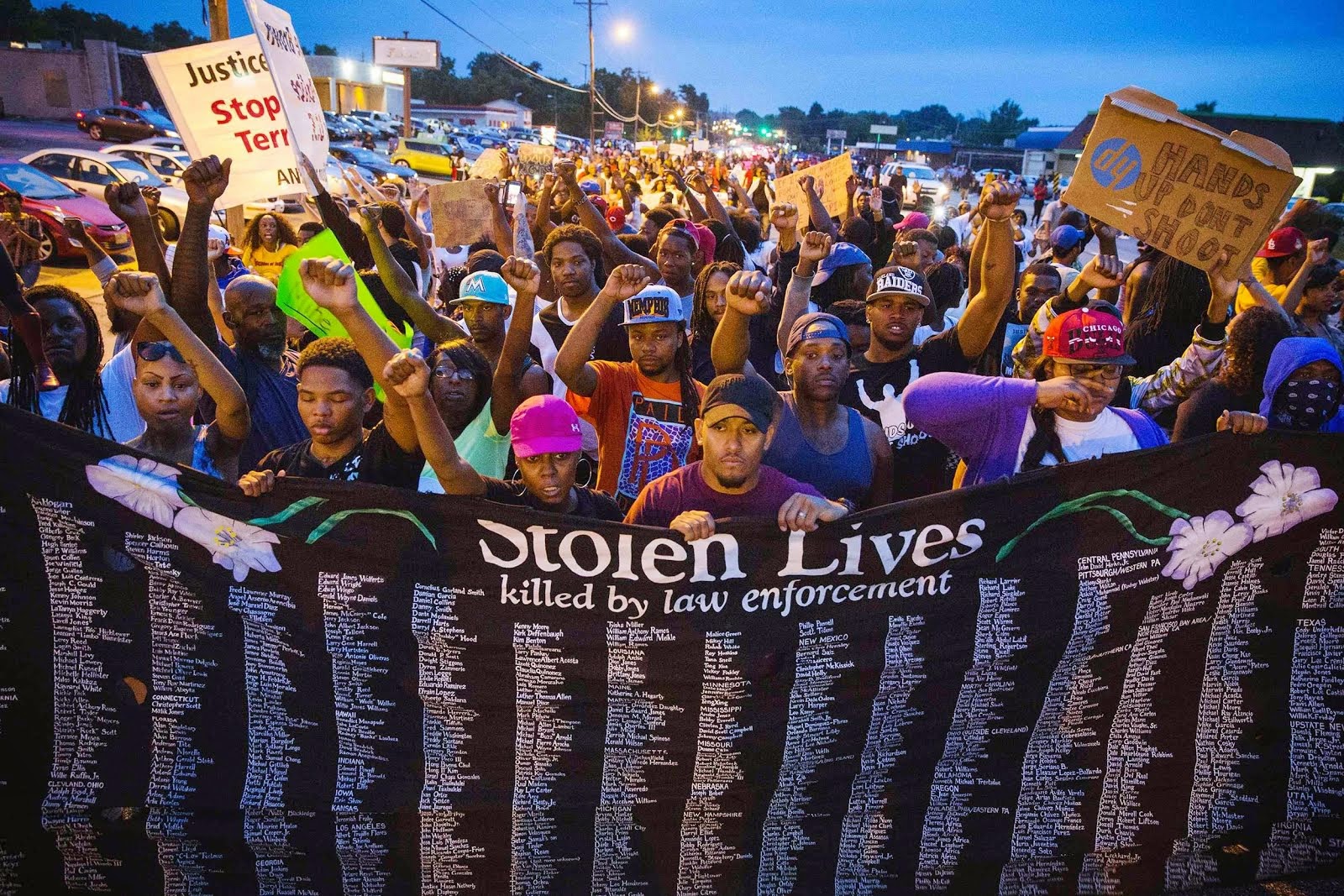 Talking points for the diversification of the police force are well-warranted. Members of Black and Latino communities are advocating for nothing unreasonable—only to prevent their family and friends from being gunned down warrior cops. Radley Balko details the rise of trigger happy white police in America in his book Rise of the Warrior Cop: The Militarization of America’s Police Forces.

Over the past decades, American police departments have been increasingly recruiting their forces from ex-military units. The military industrial complex has also been selling tons and tons of equipment to local and state police departments across the country. Selling weapons gets the military industrial complex rich, but it makes our neighborhoods more prone to unnecessary violence.

As many cities are already majority Black and Latino and as the United States itself is fast becoming majority Black and Latino, we desperately need a new generation of American police that is community-oriented and less prone to using force. We need police whose backgrounds are in social services and in communicating to community members using words and conversation.

We need violent white officers to stop terrorizing Black and Latino communities. The only way to do this is for whites to police their own communities and not shoot up ours.

Time and again, they have proven that they only have an interest in locking Blacks up and gunning them down. The inhumanity is akin to the brutalization of Black bodies during slavery.

It is 2015. We should no longer be enslaved under the barrel of white terror.

We want respect from the people who are paid to serve and protect us. And unfortunately, we cannot get this from white police officers, many of whom practiced Black hate during the Jim Crow segregation era, were raised by mothers and fathers who practice Black hate, or who proudly chant about hanging Black people during their fraternity, sorority, or KKK meetings.

Sadly, this era was not very long ago.

We only need to look at the bank accounts of George Zimmerman and Darren Wilson after they killed Black people to understand that there is no reason for whites to have our best interests at heart.

Whether they kill Black people or not, they profit either way. They garner support either way.

It is only Black and Latino communities that profit only when our children, fathers, mothers, brothers, uncles, nieces, aunts, and nephews are out of the line of fire of white police officers.

Whites can practice renegade police tactics in their own communities. We need to ensure that our families and communities are safe by keeping renegade white police officers away from our communities.

A clear example arose during the murder of Eric Garner. Why wouldn’t white officers and paramedics administer CPR to a man who says he can’t breathe? Why wouldn’t they provide a citizen with an oxygen mask? Isn’t that what they are trained to do?

Only that white police, and in this case also paramedics, viewed Eric Garner as the enemy. Their war mentality makes it a mission to kill Black people. How can Black people stand to have people in their community who won’t give them CPR if they can’t breathe?

America has a problem with police diversity. And we all deserve better.