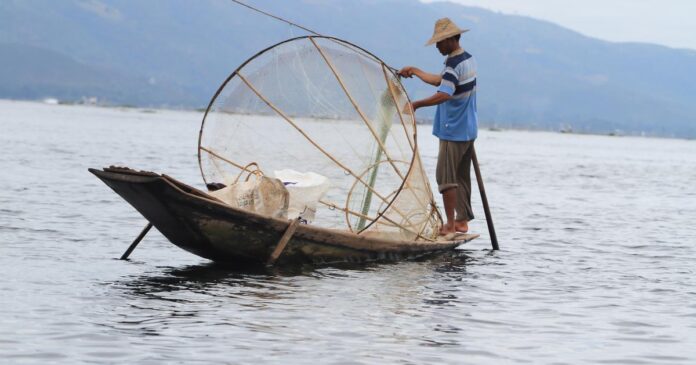 The Mis-Educated Than His Ancestors (the Metha) believes—that because he received a western, colonial missionary education—he’s qualified to explain away traditions of his ancestors.

There’s a reason why Ntoaboma men, when they become Fishermen, are required to marry—whether they are a seventeen year old man or a 37 year old man—without exception. Ntoaboma Fishermen are not allowed to own businesses that prepare and sell their own fish. Only Ntoaboma women are allowed, by traditional law, to do so!

And so by default, Ntoaboma women are not allowed to become Fisherwomen! Any cross-walking of these laws by a man or woman is deemed Double-Dipping: obtaining income from the only two sides of the same business. This is illegal. Quotas are wonderful ideas!

There’s more to it.

Here’s a very complex social construction. A construction that has worked for at least 800 years. A construction that does not require the looting of other people’s resources, or the dependence on others outside of Ntoaboma, or the collection of ignominious taxes. Ntoaboma has been sustainable for this long without Foreign Aid (you see?).

Few states in Europe, medieval or modern, can boast this kind of peaceable living with the environment and the community.

And how does the Metha explain away why women aren’t allowed to fish in Ntoaboma in the various articles and books they write for their colonial masters in western Europe and the Americas to read? (It’s not like any one in Ntoaboma reads their crap?)

The Metha claims: Patriarchy! Really! African culture, he insists, is Patriarchal. You see, the Metha claims even further that it is because women “menstruate,” which “blood’ they claim attracts sharks from beneath the waters: this is why, he claims, our ancestors, being so patriarchal, in Ntoaboma banned women from fishing alongside men.

There no sharks in Ntoaboma’s waters! So if the “period” is the issue why have women been able to paddle their own canoes and boats across the waters for transport? Do women stop menstruating when they travel in canoes?

Stupid people do and say stupid things. The Metha’s own stupidity prevents him from understanding ideas more complex than his implanted colonial software.

The overarching issue is that the colonial barbarians love the Metha’s mis-understandings of his African Ancestors. The colonialist uses the stupidity that the Metha externalizes on his Ancestors to paint our African civilizations, in Ntoaboma for instance, as primitive.

But no! Barbarians, too, cannot comprehend complex ideas.