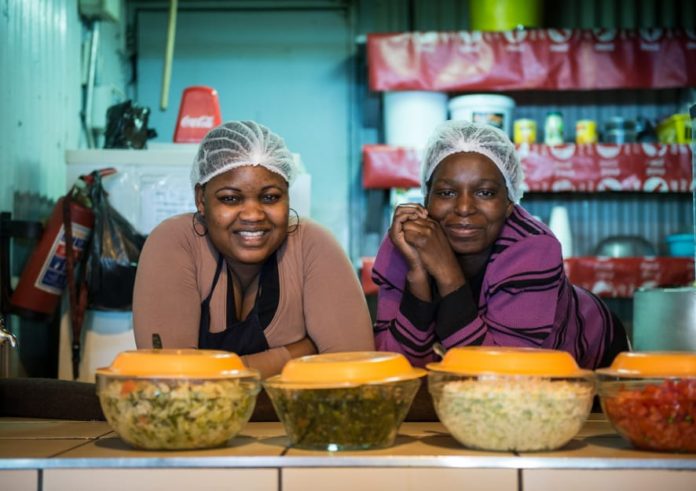 ABUJA — Women are the backbone of African culture. Without African women the cultural diversity of Africa—the art, the music, the dances, the food, the clothing, the customs, taboos and mores—which other peoples from around the world so admire, and so covert, will not exist. Around the word, some cultures demonstrate this intrinsic character of African culture. Women design and sew the clothes and arrange the homes. Women teach the children and educate them for the next generation and beyond. Women, in cooperation with communities with other women, create music, art, cuisines, and other fabrics of life.

Women always have and always will contribute to, participate in, and provide the life for society’s cultures. Why then does feminism start at a point to presume that women are marginal and treated in meaningless ways? Not all cultures are like African cultures. And so why does feminism tell us that societies do not respect women enough and that women are at a disadvantage? How do we reconcile this feminist narrative with our reality that women have always been the integral people in society, such that we recognize dearly a Mother Earth and a Mother Africa? Before we readily and uncritically adopt feminism with open arms, we have to understand the position from which feminism makes its claims.

In these cultures, patriarchy is dominant. The woman’s place in society is ill-defined, and if at all, it is not integral to the making of civilization.

Take, for example, voting. In many traditional African cultures, voting and participation in forming the laws and customs took place at the level of the family unit or clan. Every person participated in this process and each family collectively voiced an opinion in those politics of larger society. In many African cultures, for instance, the Queenmother could not be overthrown, but the King could be overthrown by the Queenmother, and she wielded the power to enstool her own King. Every decision in such African cultures rested consequently in the hands of the Queenmother. (The Queenmother was not the mother of the King or Queen). In the United States, in contrast, only white-European-Caucasian-American-property-owning men were allowed to vote or even run for office. No political office allowed women to vie for it, or occupy it. When a president died, he was replaced by another man. More troubling, women (and people who were not white-European-Caucasians) were put aside in this framework and their rights were violently stripped from beneath them.

In European cosmologies, all Gods were men. They stay men. Women could become witches, and be killed for it, but it remained and still remains in Caucasian culture that God is a white man. In Africa the philosophy of religion does not allow this patriarchal system of phallus-envying Gods. The Supreme Being in many African religions, particularly Vodun, is Fe-Male.

Continuing with the United States comparison, many white women in the United States typically have little deep connections to their home lives and even to their own children as a result of the pervasive and insidious manifestations of Caucasian philosophy in daily life. Some white women who might themselves be capable of carrying their own children in the womb choose not to do so, but rather opt to have surrogate mothers birth their children. Some mothers who are capable of breastfeeding choose not to do so, but rather opt to retrieve breast milk from stored milk banks or even to have other mothers breastfeed their children. This practice was especially common during the transatlantic European American terrorism era of slavery (Kunyowu: Death Is Better) when white Caucasian women coerced African women who they forcibly enslaved and owned as property to take care of their children, which included breastfeeding, childrearing, consoling them, getting them dressed in the morning, and putting them to bed every night.

In that regard, many of America’s cultures—specifically the music cultures and the cuisine—retain much of what African women kidnapped from Africa and enslaved in the Americas brought to it. The idea of culture building and maintaining culture was outsourced by plantation white women to their enslaved African women.

There is no surprise then why white Caucasian women who have nothing and contribute nothing in terms of their own cultures want to embrace a thing called feminism. Absent from the production of culture, the white Caucasian woman’s place in society has always been uncertain and in limbo. White Caucasian women outsource the very aspects of culture-building that make African women have fixed and lauded positions in their societies. When white Caucasian women call for feminism to be recognized, we have to understand that this call is from a different place, a place of emptiness and void. They are calling to have what their men have (the geopolitical powers of the empire state), as they are not interested in what women from other cultures find fulfilling and meaningful.

At times, the pleas of white Caucasian feminism might find some overlapping concerns with issues that African women face, but these overlaps should in no way make African women feel that our situations are comparable to a large scale. When cries of feminism are heard, it is important to understand the place from which those cries emanate. They are cries from a distant land, which has immense oppressive powers on both men and women in Africa. Feminist cries from the west are Trojan horses and if we attend to them they will be the destruction of our own cultures. African women should not aspire to wield oppressive powers over other cultures. We must aspire to have power over our lives and maintain it, but the idea of looking up to what white women hope they can do in an oppressive-power sharing deal with their men should be nauseating to all Africans. For example, white women in America are not calling for a complete shutdown of the mass incarceration system that puts too many Black men and women in jails for absolutely no law enforcement reasons, but what they call for is equal rights to be CEOs of the mass incarceration institutions as well.

Before African women rush to soothe those cries of western feminists, they should understand the grave consequences of abandoning one’s culture built by our grandmothers and great-great grandmothers. There is a cost that is embodied in the destruction of culture—in the emptiness one inevitably feels when ordering dinner from a menu laminated in plastic in a foreign language; in the fatigue one feels after having to stand for hours in a long queue to purchase concert tickets at steep price just to one day hear sweet music; in the stress one feels having to arrange childcare at a moment’s notice to make it to a last-minute board meeting. Those feminist cries want misery as company. They want African women to be as empty and void as the white feminists who chase after violent power.

Africa’s many problems are the direct consequence of the violence from the western control of African resources. France is still on African welfare since the colonial period. Women in Africa have paid for centuries, and still pay for the livelihoods of French men and their women. The problem of poverty in Africa is inextricably linked to the same power white women enjoy in the west and it is linked to the same white women promoting feminism as the panacea for African poverty. Feminism is a joke, a shroud to hide the true source of poverty, and with it, the true source of why African women suffer to make ends meet. Africa does not have a culture problem. Africa has a barbaric western problem.

Our culture is the summation of all those taken-for-granted things about our lives, those intricacies that the modern capitalist secretly wishes we would all discard unknowingly. Feminism is no utopia for African women but the very ploy to destroy the essence of our cultures and our womanhood and make us remain subservient maids to powerful white women, who want to own and maintain all our resources in the same way that their men, through the American Empire, now surreptitiously do. Beware.